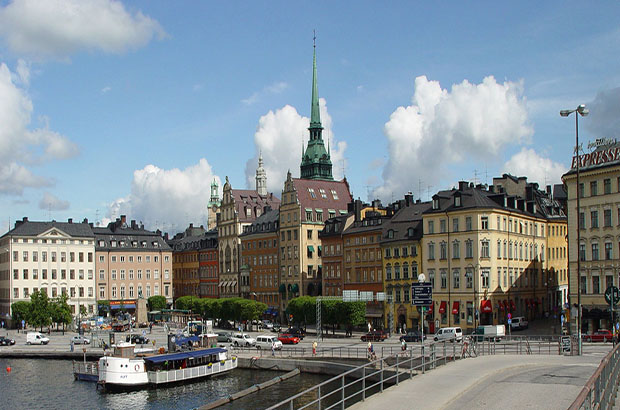 Lutheran communication directors and communication officers from the Nordic countries met in Stockholm, Sweden, 26-28 August 2015 to discuss the role of the church in civil society in a local, national and global context.

The meeting was organized by the World Council of Churches and hosted by the Evangelical Lutheran Church of Iceland and the Church of Sweden.

It took place exactly 90 years after Nathan Söderblom, Swedish ecumenist and Nobel laureate, brought together the First International Conference on Life and Work, an ecumenical gathering in 1925 with participants from all over the word.

Edjersten recounted how Söderblom  opened a new chapter in the history of the churches and their common witness in the world and was instrumental in planning the institutional embodiment of the ecumenical movement, which later became the WCC.

“In 1930, in Oslo, he was rewarded the Nobel Peace prize for his initiatives to make the
fellowship of churches a movement for justice and peace. That was a significant recognition
of the way in which the churches together can contribute something toward just peace in
the world,” she said.

Citing inspiration from her work with WACC, Edjersten referred to WACC’s seven guiding principles underlining its mission og “Communication for All”.

“In light of the above principles, and believing that communication embodies respect for the
dignity, integrity, equality, and freedom of all human beings and their communities, we
recognize communication rights as inherent in all other human rights,” she said.

Edjersten’s keynote speech called on participants to lift up communication as a fundamental human right and to practice an ethics of freedom and accountability.

“This is especially important in times of rapid social and technological change when traditional
cultures need to develop constructive strategies for engaging external cultural influences,” she noted.

Edjersten urged her audience to join the World Council of Church’s Pilgrimage of Justice and Peace inaugurated at the WCC Assembly in Busan, South Korea, in 2013. The focus for 2016 will be on the situation in the Middle East, especially Israel and Palestine.

Joining the meeting via Skype, Rev. Arni Svanur Danielsson, director of communication in the Evangelical Lutheran Church of Iceland commented, “I think the pilgrimage is an important project that can help us to shape and see the impact of religion in the larger society and also influence the way the churches think about themselves. It creates awareness about the important issues we have to deal with in the wider world and encourages us to act.”