Statement of Solidarity to Mindanao and Her Peoples
21112
post-template-default,single,single-post,postid-21112,single-format-standard,theme-bridge,bridge-core-3.0.1,woocommerce-no-js,qodef-qi--no-touch,qi-addons-for-elementor-1.5.6,qode-page-transition-enabled,ajax_fade,page_not_loaded,,qode-title-hidden,columns-4,qode-child-theme-ver-1.0.0,qode-theme-ver-29.2,qode-theme-bridge,qode_header_in_grid,qode-wpml-enabled,wpb-js-composer js-comp-ver-6.10.0,vc_responsive,elementor-default,elementor-kit-41156

12 Jun 2017 Statement of Solidarity to Mindanao and Her Peoples 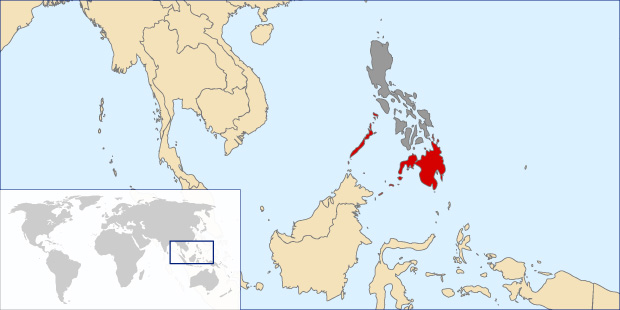 We, members of the World Association of Christian Communication-Asia Region (WACC-AR), strongly condemn the continuing terrorist attacks being perpetrated by the alleged ISIS-linked Maute Group and Abu Sayyaf on Marawi City and its population.  Targeting civilians and properties to death and destruction as a means to forward one’s political agenda is an act of terrorism, not a political act of rebellion or revolution.  The record of deaths and destruction, kidnappings and hostage-taking of civilians, including a Filipino Catholic priest is proof of these terrorist acts which have no place in a civilized and human struggle for justice, peace and social transformation.  Using religious beliefs to justify the use of violence against civilians and properties unmasks the ideological character of terrorism.

We equally condemn the imposition of Martial Law on the whole of Mindanao by the Philippine government in order to contain and end the terrorism in Marawi City alone.  We see Martial Law as counter-measure to terrorism disproportionate to the threats and actual crisis obtaining in the ground.  The Philippine military have claimed that the situation in Marawi City is under their control; that only 10% are in the hands of the terrorists; that they are now engaged in mopping up operations. And yet, some two thousand civilians are trapped in the military’s aerial bombardment that killed both civilians and soldiers alike.  The hostages are still in captivity.  Warrantless search, seizure and arrest orders that are concomitant to Martial Law have been employed.  Now the target of Martial Law has included, despite presidential denials, the New People’s Army, this according to the directives of the military establishment that defines their revolutionary actions as acts of common crimes of criminality, extortion and banditry.  The result has been the harassment, warrantless search, seizure, arrest and detention of peasants organized to pursue land reform, of activists advocating human rights and opposing Martial Law and of Lumad, Moro and the poor people who cannot produce their identification card to military authorities at checkpoints and in places where they conduct military operations.

We are profoundly moved by the fate that has befallen on Marawi City and its inhabitants.  That glorious capital of Islamic Mindanao is in ruins.  It is now left to its own, evacuated by some 90% of its noble Muslim and Christian population that experienced the horrors of terrorism and war.  Those left behind to tend to her are slowly running out of food, and are in constant threat of being caught in the crossfires of war.  Those who have evacuated to other places are being followed by hunger, insecurity and vulnerability.  All of them bear the trauma of violence even as they continue to nurse a hope for a better future. We are moved with compassion: our sadness over such great loss of lives, properties, holy places and human relationships are mingled with anger at the utter violence of terrorism and its counter-measure that not only kills indiscriminately by aerial bombings but also violates human rights and international humanitarian laws.

Therefore, we call on the peoples of Asia and the world: be in solidarity with Marawi City and her inhabitants; with Mindanao and her peoples.

Stop and prevent the spread of terrorism hiding behind religious beliefs and political agenda by solving the root causes of the people’s impoverishment, the destruction of the environment, and the ignorance and the illiteracy of peoples through intercultural dialogue and peace negotiations.

Lift Martial Law in Mindanao and prevent military rule and dictatorship from ever taking place in Asia and in the world by responding appropriately and effectively to human needs and aspirations with love, wisdom and science.

Uphold fundamental human rights! Cultivate and assert communication rights by proclaiming the truth of what is happening to our humanity and creation and by standing for our common dreams and aspirations.

To you, Marawi City and your inhabitants, to you Mindanao and your peoples: we reach out to you in solidarity of love, justice and truth.