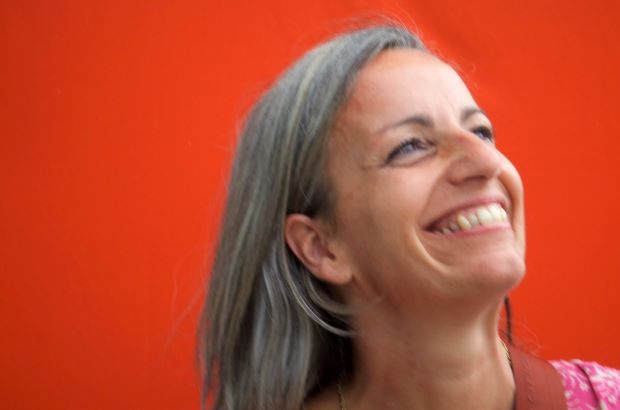 Padovani, who teaches media and education, is director of the Interdepartmental Center for Gender Studies at the University of Padova, in the city of Padua.

A GMMP national coordinator since 2000, Padovani says the project offers a great opportunity to gather people from different sectors who share “a sincere commitment to work towards gender equality.”

She notes that media monitoring in Italy has grown from a small activity involving University of Padova students to one involving groups nationwide, under the aegis of the Osservatorio di Pavia, an independent non-profit organization involved in media research and analysis.

Organized by WACC, GMMP is the largest and longest-running longitudinal study on gender in the world’s media. It is also the largest grassroots advocacy initiative in the world aimed at changing the way women are represented in the media.

Every five years since 1995, GMMP’s pioneering research has measured the pulse of selected indicators of gender in the news media and studied women’s presence in relation to men, gender bias and stereotyping in news media content. The next GMMP is scheduled for 2020.

Padovani cites the project’s value to students who “gain awareness of the issues at stake and the possibility of contributing to change things.”

The network of universities established as a result of working together on the GMMP has now become “a sustained space of information exchange and further collaborations,” she adds.

While coordinating the GMMP is “demanding and requires time, energy and some specific competencies,” Padovani says it has been a rewarding experience. “GMMP has helped us to really place our own efforts to make gender equality a reality within the wide global sphere of initiatives and enthusiasm.”

On a personal level, she has collaborated with GMMP at various levels, including taking part in joint panels at the UN Commission on the Status of Women, in UNESCO’s Global Alliance for Media and Gender, and other research projects.

She has also used the GMMP in her media and communication classes, which focuses on policy. “Gender is now a transversal aspect of what we discuss with students,” she says.

Padovani, who conducts research on policy developments related to communication and digital strategies, says the GMMP has been used by institutional actors to provide reliable and comparative data about achievements and gaps in gender equality. “GMMP always emerges as one of the sources mentioned.”

The GMMP is “a great example of trans-national advocacy, thanks to its capacity to connect local struggles, initiatives and commitment, to global spaces where gender inequalities in communication are to be placed on the agenda, over and over,” she says. Furthermore, “its long history and sound conduct has transformed the project into a ‘brand,’ an inspiration for many,” she adds.

Padovani says her involvement with GMMP began when she became involved with WACC due to her interest in communication rights. “It was therefore a natural move to adhere to this inspiring initiative, as a way to put into practice some of the principles and values of communications as a human right, and as women’s rights.”

Photo above: Claudia Padovani, who has been a Global Media Monitoring Project coordinator since 2000, teaches media and education, and is director of the Interdepartmental Center for Gender Studes at the University of Padova, in Padua, Italy.