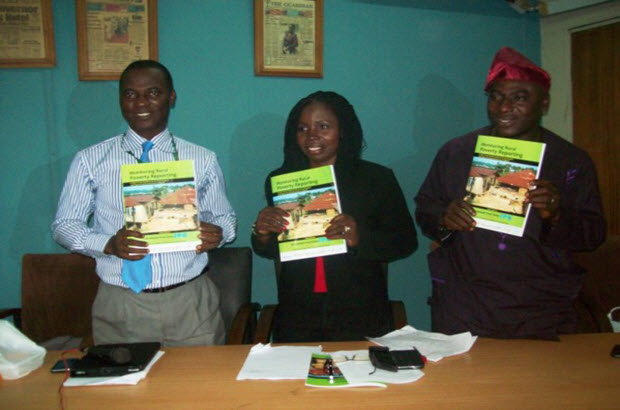 A survey taken by the Nigeria’s International Press Centre (IPC) in Lagos, in conjunction with the World Association for Christian Communication (WACC), found that reporting on rural poverty issues could be improved.

The survey was titled “Monitoring Rural Poverty Reporting,” as reported by Media Career Services. It was funded by WACC through the monitoring rural poverty reporting programme.

The one-month survey monitored coverage of issues relating to poverty in April 2013 by six national newspapers in Nigeria: The Punch, The Nation, Vanguard, ThisDay, Guardian and Daily Sun.

The survey focused on the prominence given to rural poverty related stories, total news space allotted, the genre of reportage (news, features, interviews), the scope of the report and the tone of the story.

From its findings, The Punch gave the most prominence with two picture stories making the front page while it had the highest space content on rural poverty issues — 6.8 per cent of its total news/report content. It was also considered the newspaper with the highest number of most sympathetic reports with 267 out of a total of 279 reports.

For poverty issues reported in features format, Daily Sun had the highest number with 32 reports out of a total 67 reports while The Nation had the highest scope of its reports focusing on rural issues with 32.1 per cent.

The full details of the survey were presented to journalists at a briefing by IPC held in Lagos on Dec. 20.

Speaking at the event, WACC Africa member Lekan Otufodunrin commended IPC for the report which he noted will provide a good guide for the media in Nigeria to focus more on poverty issues.

Otufodunrin who is also the Online Editor of The Nation therefore called on journalists to break the monotony of reporting only few sectors of the economy and other issues in the country.

“I want to believe that this kind of report will help journalists become more specialized in many areas that are critical to improving the standard of living in the country. I don’t know how many people who report development in its entirety, climate change, health matters but with this report, journalists should expand their scope of coverage,” he said.