Tensions between media censorship and regulation in Jamaica
28214
post-template-default,single,single-post,postid-28214,single-format-standard,theme-bridge,bridge-core-3.0.1,woocommerce-no-js,qodef-qi--no-touch,qi-addons-for-elementor-1.5.4,qode-page-transition-enabled,ajax_fade,page_not_loaded,,qode-title-hidden,columns-4,qode-child-theme-ver-1.0.0,qode-theme-ver-28.6,qode-theme-bridge,qode_header_in_grid,qode-wpml-enabled,wpb-js-composer js-comp-ver-6.9.0,vc_responsive,elementor-default,elementor-kit-41156 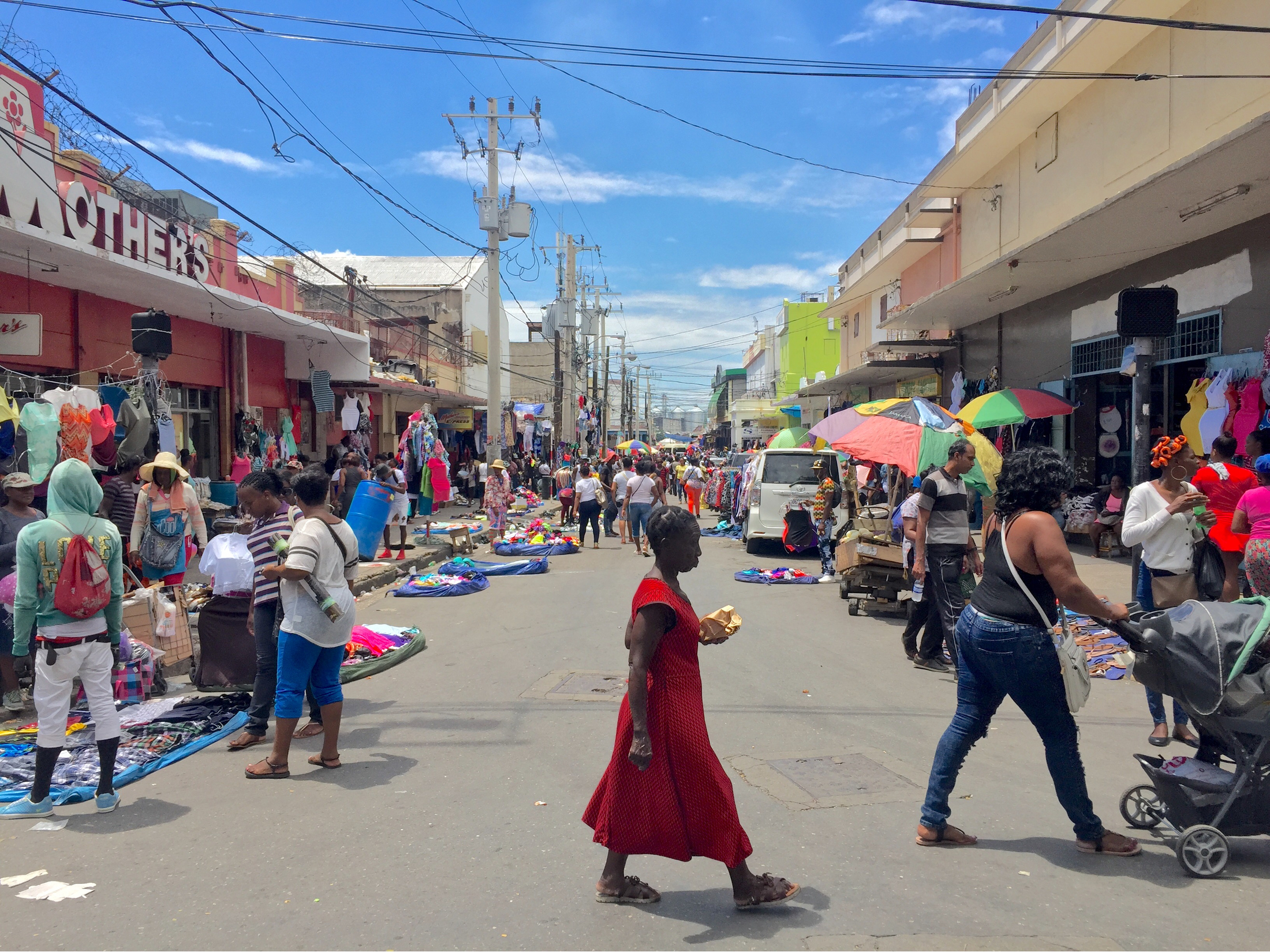 17 Aug 2020 Tensions between media censorship and regulation in Jamaica

Media regulation according to Fredman (2015) is defined as the process by which a range of specific, often legally binding, tools are applied to media systems and institutions to achieve established policy goals such as pluralism, diversity, competition, and freedom. Regulation consists of the deployment of formal statutory rules laid down by public authorities as well as more informal codes of conduct developed and implemented by media organizations in conjunction with the state.

In essence, the media are regulated or controlled in such a way as to enable diversity, to provide access to opinions and are supervised by an authority. Anastaplo (n.d) posited that censorship is the changing, suppression, or prohibition of speech or writing that is deemed subversive of the common good. In media, regulation involves the suppression of speech or any information that may be seen as harmful, sensitive, offensive, or morally distasteful.

The similarity between both words relies on there being established guidelines or codes that are expected to be followed by media entities. However, no matter how thin the writer still believes that there are strong differences between the two terminologies which create distinctions. These variations create a palpable tension between censorship and regulations as it relates to broadcast laws due to the differences between the two terms based on the degree of stringency, morality, and suppression that each concept embodies.

In Jamaica, the Broadcasting Commission is the regulatory body established to control media in the country. The commission was established as an independent body in 1986. The Commission outlines its main purpose as to serve as a regulator that leads and facilitates the development and advancement of a dynamic electronic communication sector for the benefit of Jamaica and the Caribbean. The Commission is mandated by the Broadcasting and Radio Re-diffusion Act (BRRA) to monitor and regulate free-to-air television, broadcast radio, and subscriber television (cable) services to ensure their operation at appropriate levels concerning technical, programming, and service standards.

Issues around freedom of expression

Censorship is the suppression of expression and speech of a community or individual. Regulations, on the other hand, are guidelines established to ensure that wholesome and quality content is made available to citizens. According to the Jamaican Constitution, freedom of expression is a fundamental human right. Through censorship, in Jamaica, the Broadcasting Commission has laws that forbid the showing of certain films on television because of their content.

The movie “Amistad”, released in 1997 and directed by Steven Spielberg, had an opening scene in Jamaica that discussed slavery. Slavery is an important part of Jamaica’s past and it is a memory that many Jamaicans share. The relevant authorities, however, felt that the scene of a slave ship revolt was inappropriate for Jamaican audiences. Such censorship is an outright infringement of human rights as it seeks to conceal the beliefs and expressions of the people.

Censorship acts as a tool of control to conceal historical beliefs and by extension to silence the public. Regulations, however, have specific guidelines that control what is shown at what time. Therefore, it is not a complete ban, but there are codes and directives outlined. Under the Children’s Code for Programming, for example, the programme is evaluated, and licensed media are required to rate, schedule and issue advisories in relation to ratings which state the age group for the show such as PG 13 or PG 16. Television is also regulated to show adult programming in an encrypted manner between the hours of 11 pm and 4 am. Such content is aired during these times as it is assumed that most children would be asleep.

Tension is created as censorship is seen as imposing on fundamental human rights like access to information and to a larger extent the right to express oneself. It is therefore oppressive. While regulation is more of a rule book or code implemented to set a framework. The tension is highlighted in the nature of the two. Censorship allows for complete blocks and removals, while regulations establish a specific timeframe in which to show certain content, thus highlighting that censorship is more suppressive than regulation. This suppressive nature leads to tension with broadcast laws and it imposes the extent to which certain programmes may be aired.

Another clear difference that further creates tension is seen in that regulations are requests from the government along with the Broadcasting Commission to the people gracefully and politely not to do something in particular. On the other hand, censorship is harsher as the government or the authorities feel that if the material is not prohibited it could cause harm to the entire country. Government and authorities believe that if these materials or content go uncensored it could be detrimental to the common good, because it may be viewed as distasteful and offensive.

In communist nations such as Cuba, Ravsberg (2015) stated that there is the prohibiting of private ownership of the media and a declaration which states that media may only be controlled by the State or society. In Cuba, media are highly censored and content from the United States is completely blocked as the Cuban government believes that if this culture is infiltrated into theirs it could cause mass damage for the people, ultimately leading to cultural imperialism and opposing paradigms.

The government has complete control over what is disseminated to the population and therefore curtails the content to align with the country’s ideologies. In a democratic society such as Jamaica, stiff censorship measures are not in place to block all television programmes from a particular country. However, media regulations are established according to Lumen (n.d) to ensure equal airtime in the media, fairness in the media and the avoidance of defamation. Tension is further evident in the extent to which the two concepts are different. Both terms have different stringency levels as censorship leads to complete eradication or blocking of various content based on one’s country; regulations, on the other hand, are more guidelines and measures employed to ensure quality and fairness in the media.

Ahluwalia (2011) posits another clear difference. Regulations are based on ethics, making regulation a synonym for moderation. They act as a code of conduct in society, keeping certain content within limitations. Regulations would, therefore, include the use of frequencies assigned to a radio station and media entities having to be licensed before coming on air. Censorship, on the other hand, is much harsher in nature as it is based on morals and involves specific “Do’s and Don’ts” that must be followed through by agencies.

Esther (2009) states that dancehall and its actors behave in such a way that cannot be ignored as it disrupts moral standards and poisons children. In Jamaica, our culture of dancehall music has been censored by the Broadcasting Commission. Hopeton Dunn, chairperson of the Commission, postulated in a JIS article that there shall not be transmitted through radio or television cable services, any recording, live song or music video, which promotes the act of “daggering” or which makes reference to, or is otherwise suggestive of, “daggering”.

The Commission rules that these “daggering” lyrics outrightly contradict provisions in their regulations, specifically 30(d) and 30(l) which state respectively “No licensee shall permit to be transmitted d) any indecent or profane matter, so, however, that any broadcast to which regulation 26 relates shall be deemed not to be indecent; Reg. 30(d) (l) any portrayal of violence which offends against good taste, decency, or public morality. Reg. 30(l) (The television and sound broadcasting regulations, 1996).

In February 2009, a directive was given by the Broadcasting Commission of Jamaica, severely censoring the popular hit by Vybz Kartel and Spice known as “Ramping Shop”. The song was filled with sexual lyrics classified under the daggering sub-genre of dancehall music. The song, which was laced with sexually explicit content, resulted in the entire censorship of the daggering sub-genre by the Broadcasting Commission of Jamaica. This shows the degree to which censorship relies heavily on morals thus causing it to be harsher.

Many Jamaicans are of the opinion that dancehall music has fostered a decay in public morals, and therefore censoring it would lead to an improvement. However, morals are often relative and dependent on the person, therefore making general rules based on morals creates tension as outrageous and offensive to one group may be the norm and appropriate to another group. Regulations seek to maintain order and cohesiveness, but censorship imposes on the rights of a journalist to showcase content and information to the public.

From this discussion it is clear that even though both concepts seem similar there are clear distinctions. It is upon this premise that a palpable tension can be noted between censorship and regulation as it relates to broadcast laws. Based on the research conducted and evidence shown it can be concluded that censorship infringes on human rights while regulations are guidelines of control. Censorship is harsher depending on one’s country, while regulations tend to promote equality and fairness. Lastly, censorship relies heavily upon morals contrary to regulations that rely on ethics. These differences play a vital role in the palpable tension seen between regulations and censorship as it relates to broadcast laws.

Ahluwalia, P. (2011). The Fine Line Between Censorship and Regulation in Social Media. Retrieved from https://www.business2community.com/social-media/the-fine-line-between-censorship-and-regulation-in-social-media-0104445

Constitution of Jamaica. (1962). Retrieved from https://www.refworld.org/docid/3ae6b4ed28.html

Lumen. (n.d). Media: How they are regulated. Retrieved from https://courses.lumenlearning.com/americangovernment/chapter/regulating-the-media/

Brittany Hutchinson is reading for the Bachelor of Arts degree in Journalism at the University of the West Indies, Mona, Kingston, Jamaica.