The Price of Gold Stories and Testimonies of Peaceful Resistance
20456
post-template-default,single,single-post,postid-20456,single-format-standard,theme-bridge,bridge-core-3.0.1,woocommerce-no-js,qodef-qi--no-touch,qi-addons-for-elementor-1.5.1,qode-page-transition-enabled,ajax_fade,page_not_loaded,,qode-title-hidden,columns-4,qode-child-theme-ver-1.0.0,qode-theme-ver-28.6,qode-theme-bridge,qode_header_in_grid,qode-wpml-enabled,wpb-js-composer js-comp-ver-6.8.0,vc_responsive,elementor-default,elementor-kit-41156

Posted at 22:58h in Uncategorized by wacc_kn 0 Comments 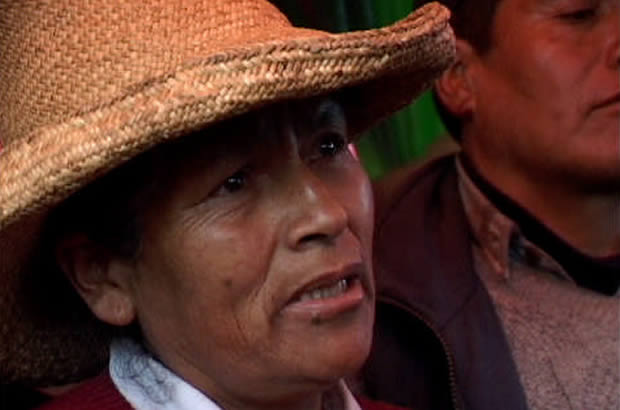 Publication of a book containing testimonies, stories, photos and experiences of peaceful resistance campaigns against transnational mining corporations in Peru and other countries has taken place. During 2008, Guarango collected testimonies and conducted investigations in four communities affected by mining. The book focuses on first-hand accounts and personal stories and includes photos, graphics and other visual designs. While researching the book, Guarango realized it was important to include a section on dangers facing farming communities and activists who stand-up to powerful corporate interests. Guarango made a feature-length documentary called ‘The Devil Operation’, narrated by the farmers and activists themselves. The film completes Guarango’s trilogy on community responses to mining conflicts, and the book serves as a written guide to the three films. Production took place of promotional materials to accompany the book and film, including a web page, press kit, video trailer, poster and email flyer. The materials are available in Spanish, English and French versions and are found on a DVD-CDROM package.
Once Guarango decided to release the book with the film, it realized it would be more efficient to distribute the book in a CDROM format as part of a 2-disk package alongside the DVD of the film. In this way, 1,000 CDs of the book and promotional materials were made for grassroots distribution. The digital version of the book enables it to be sent electronically to be made available for free download on our web page. Guarango is conducting its distribution through educational film distributors and a wide-range of other professional and grassroots networks.