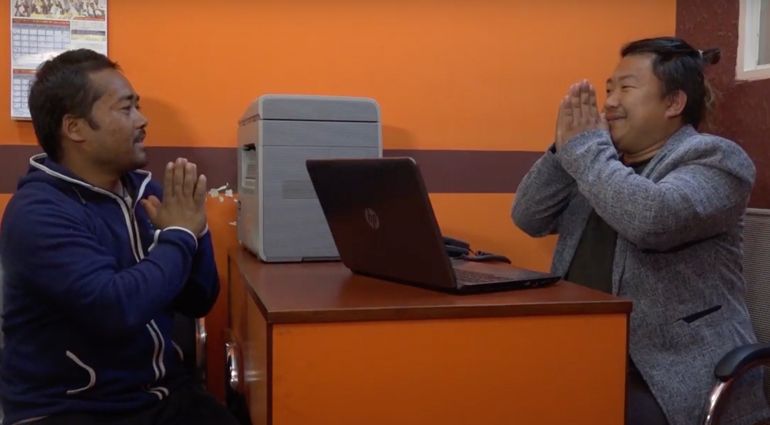 The Indigenous Community Radio Network of Nepal’s (ICRN) production of public service announcements (PSAs) about Covid-19 in Indigenous languages has been commended by the Office of the UN High Commissioner for Human Rights (OHCHR) as one of the “promising practices” for responding to the coronavirus pandemic.

ICRN, a partner of WACC Global, said it was prompted to produce PSAs about Covid-19 that were targeted specifically for Nepal’s Indigenous communities in the absence of critical information about the disease in languages they could understand.

Many Indigenous people have been assimilated in other communities due to massive development projects in their home communities, said Jagat Man Lama Dong, ICRN chairperson.

Nepal’s Indigenous people are especially vulnerable to the pandemic, because of economic and food insecurity, as well as being marginalized from services, he added.

In a newsletter devoted to Covid-19 and indigenous People’s Rights, the OHCR noted that the pandemic “is disproportionately affecting Indigenous peoples, exacerbating underlying structural inequalities and pervasive discrimination.” It highlighted the positive responses of some governments and civil society groups like the ICRN to the pandemic.

Reaction by governments to the pandemic “has been mixed, with some States rolling out COVID-19 programmes specifically focusing on indigenous peoples,” it said. “Others have been providing a more limited level of support and some States are failing to adopt specific policies and at times neglecting even to include indigenous peoples in general COVID-19 responses.”

The OHCHR underscored the importance of upholding the rights of Indigenous People. “Indigenous peoples, like all individuals, are entitled to all human rights,” it said. “Specific rights that are of particular relevance to indigenous peoples during this crisis – both individual and collective in nature – include the right to self-determination, and the right of indigenous peoples to participate and be consulted on measures that affect them, including the requirement to seek their free, prior and informed consent. ”

The ICRN, in partnership with Indigenous Television, jointly produced public PSAs about Covid-19 in 15 different Indigenous languages, and in one Nepali language. These have been widely distributed not only to 21 Indigenous radio stations, but to 350 community radio stations across Nepal, as well as on Indigenous Television and its social media platforms, said Man Lama Dong. PSAs were produced and distributed in the following languages: Nepali (national language), Gurung, Tamang, Nepalbhasa/Newari, Sunuwar, Thami, Magar, Tharu, Bantawa rai, Chamling-rai, Kulung-Rai, Dungmali Rai, Hyolmo, Sherpa, Uranw and Limbu.

Photo above courtesy of Indigenous Voice