Use of Radio and TV Programming to Change Perceptions about Disable People
20365
post-template-default,single,single-post,postid-20365,single-format-standard,theme-bridge,bridge-core-3.0.1,woocommerce-no-js,qodef-qi--no-touch,qi-addons-for-elementor-1.5.3,qode-page-transition-enabled,ajax_fade,page_not_loaded,,qode-title-hidden,columns-4,qode-child-theme-ver-1.0.0,qode-theme-ver-28.6,qode-theme-bridge,qode_header_in_grid,qode-wpml-enabled,wpb-js-composer js-comp-ver-6.9.0,vc_responsive,elementor-default,elementor-kit-41156

Posted at 10:53h in Uncategorized by wacc_kn 0 Comments 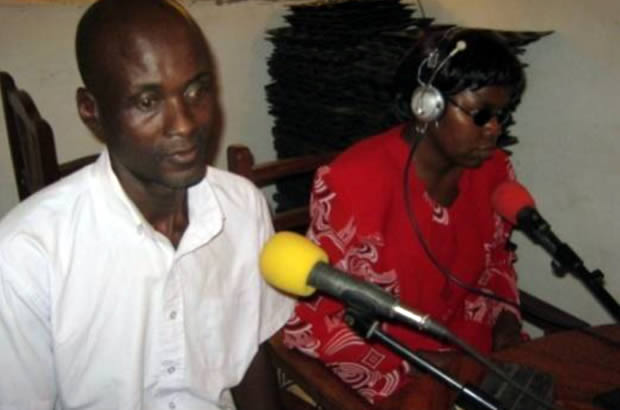 The group Solidarité des Personnes Handicapées pour le Développement (SOPHAD) is a non-profit, non-partisan association founded in 2002 by a group of people living with disabilities. It aims to promote the rights of people living with a disability, and strengthen, encourage and foster their social and economic integration. In Cameroon, people living with a disability are among the most vulnerable groups. Their rates of employment and education are abysmally low with many living on the streets and making a living out of panhandling. The lack of an adequate system of social security, the fragility of the judiciary with regards to the protection and promotion the human rights of people living with a disability are all factors which have contributed to the marginalization, discrimination and poverty of this group. SOPHAD worked closely with three media: Radio Bonne Nouvelle (RBN), Radio Universitaire TANKOU (RUT FM), and WEST TV to identify 12 best media practices relating to coverage of disability which have been put in 3 documentaries and reports and disseminated among other mainstream media. Mainstream media in West Cameroon are now aware of existing resources including best practices to improve media coverage of disability. Due to the project, SOPAHD has been invited to become a member of Cameroon’s National Commission of Human Rights and Freedoms.