Video on Gender and Communication in Mass Media
20315
post-template-default,single,single-post,postid-20315,single-format-standard,theme-bridge,bridge-core-3.0.1,woocommerce-no-js,qodef-qi--no-touch,qi-addons-for-elementor-1.5.6,qode-page-transition-enabled,ajax_fade,page_not_loaded,,qode-title-hidden,columns-4,qode-child-theme-ver-1.0.0,qode-theme-ver-29.2,qode-theme-bridge,qode_header_in_grid,qode-wpml-enabled,wpb-js-composer js-comp-ver-6.10.0,vc_responsive,elementor-default,elementor-kit-41156

27 Aug 2014 Video on Gender and Communication in Mass Media

Posted at 14:19h in Uncategorized by wacc_kn 0 Comments 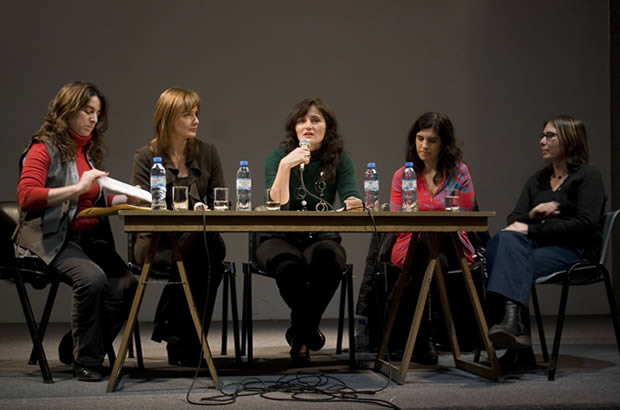 Through the project, ACAC engaged news editors in producing the highly successful documentary La Mujer Mediatizada that explores the treatment of women in the mass media. 130 copies of the documentary were distributed following its launch at a public cinema-debate. The video is hosted on ACAC’s website and on the popular video sharing web portal ‘YouTube’. As well, several women’s and journalist networks have partnered with ACAC to distribute the video. The video has found numerous uses, among them: as a tool around which debates are organised for students of journalism and communication at the University of Entre Ríos; as a tool to generate debate at regional meetings on the eradication of violence against women and girls.