Posted at 22:04h in Calls for Action by wacc_kn 0 Comments 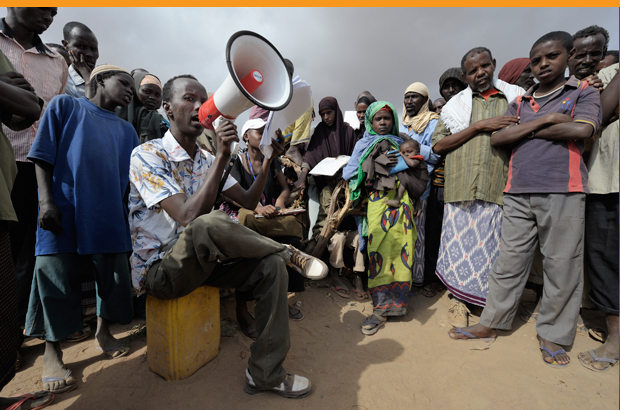 August 9, 2012—On International Day of the World’s Indigenous People, WACC is calling on civil society organizations and governments to support community radio in an effort to advance the democratic participation and active citizenship of Indigenous peoples.

Community media are recognized by many governments, international development agencies, and civil society organisations as key agents of participatory development. This is particularly true of community radio, whose affordability and reach make it a powerful agent of social change.

The most important aspects of community radio are broad participation by community members – often on a volunteer basis, ownership and control of the station by people who genuinely represent the community, and respect for the diversity of communal needs.

Community radio involves local organization and participatory planning and decision-making, all of which contribute to empowering communities and to building a democratic society.

Community radio allows members to voice their concerns and to receive information that directly affects them. It can encourage open dialogue and transparency at the local level, highlight good practices and expose weak governance and corruption. It also provides entertainment during the long days of work and contributes to raising self-esteem and creating solidarity among community members.

Indigenous peoples face the particular challenge of cultural survival in contexts where political, social and economic pressures and discriminatory policies are forcing them to replace tribal languages with the dominant languages of the larger societies in which they live. One way of tackling this problem is through community radio, which can become the authentic voice of the people, preserving and revitalizing cultural practices and restoring a sense of dignity to their lives.

Earlier this year, on the First International Day of Radio (13 February 2012), James Anaya, UN Special Rapporteur on the Rights of Indigenous People, commented that, “Radio has been a key medium for Indigenous peoples, for the vitality of their languages and the exercise and defence of their rights.”

Recently WACC worked with the Chirapaq Centre for Indigenous Cultures in Ayacucho, Peru, to train women and men Indigenous communicators in radio production skills. Chirapaq helps Quechua-speaking people to make better use of community radio to increase awareness and knowledge of their rights both among themselves and among the general public.

Tarcila Rivera Zea, coordinator of Chirapaq and a recently appointed member of the Civil Society Advisory Group of UN Women, notes: “During the last 30 years, Indigenous women, youth and peoples have gained experience in the struggle for their individual and collective rights. Communication as dialogue is a right that enables us to share our peoples’ knowledge, technology, and science. The way communication is used must contribute to recognition of women, youth and Indigenous peoples as key actors in decision-making and must demonstrate our potential to be full citizens in our countries.”

While a number of countries have introduced laws and regulations supporting the work of community radio stations, much more needs to be done. Many countries lack legal recognition of community broadcasting, accessible licensing systems, allocation of affordable frequencies and appropriate mechanisms for financial support of community radio, especially with respect to Indigenous people.

WACC believes that only when communication is participatory can it empower individuals and communities, challenge unjust political, economic and cultural structures, and help to build a more just and peaceful world. Community radio is a step in the right direction.