WACC calls for freedom of expression and peaceful reforms in Syria
20919
post-template-default,single,single-post,postid-20919,single-format-standard,theme-bridge,bridge-core-3.0.1,woocommerce-no-js,qodef-qi--no-touch,qi-addons-for-elementor-1.5.1,qode-page-transition-enabled,ajax_fade,page_not_loaded,,qode-title-hidden,columns-4,qode-child-theme-ver-1.0.0,qode-theme-ver-28.6,qode-theme-bridge,qode_header_in_grid,qode-wpml-enabled,wpb-js-composer js-comp-ver-6.8.0,vc_responsive,elementor-default,elementor-kit-41156

Posted at 16:49h in WACC Middle East by wacc_kn 0 Comments 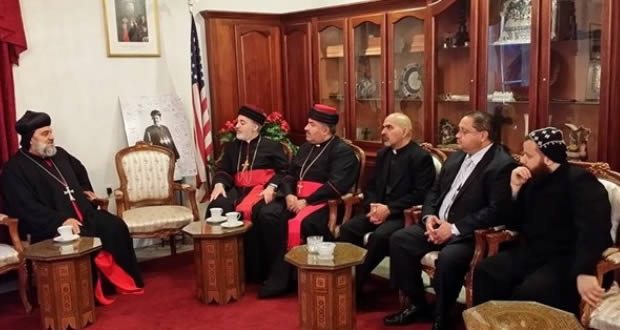 The World Association for Christian Communication (WACC) calls for an end to violence in Syria and for respect and tolerance for peaceful freedom of expression. WACC hopes reform steps will lead to inclusive participation of all parts of society in decision making processes.

“At the recent pre-assembly seminar of the WACC Middle East region, WACC members highlighted the importance of freedom of expression in creating inclusive, democratic societies. We are therefore urging the Syrian government to respect the right to freedom of expression of the people of Syria”, says WACC General Secretary, Rev. Karin Achtelstetter. She also appealed to all parties to seek peaceful resolutions.

At the same time WACC has joined in a call for a day of fasting and prayers for peace by the Council of Bishops of the Christian Churches of Damascus, Syria. In a statement issued by the Council which was convened at the invitation of the Syrian Orthodox Patriarchate, the Bishops are urging on Christians and other Syrian citizens to join in fasting and prayers, today June 23, at the Holy Cross Church of the Greek Orthodox in Kassa’s area, Damascus.

“Today and more than ever before, we refer to prayer and fasting for the sake of safety of Syria, the country of tolerance and coexistence”, says the Bishops.

The Council of Bishops also condemned “Foreign interference in Syria” and asked the Syrian citizens to be united. “Our hope is that Syria will overcome this crisis and find itself in a better shape which may protect it from any danger that might threaten its existence, or divide it, or lead its citizens to seek refuge into other countries”, said the Bishops in their statement.

Recently, the WACC-Middle East held a conference in Brumana, Lebanon, to promote freedom of expression in the Middle-East region and to urge professional communicators to work together to create an international support network for partners, to monitor and disseminate cases of repression of freedom in the region. The Syrian Orthodox Church, which was represented at the conference, applied to join WACC.