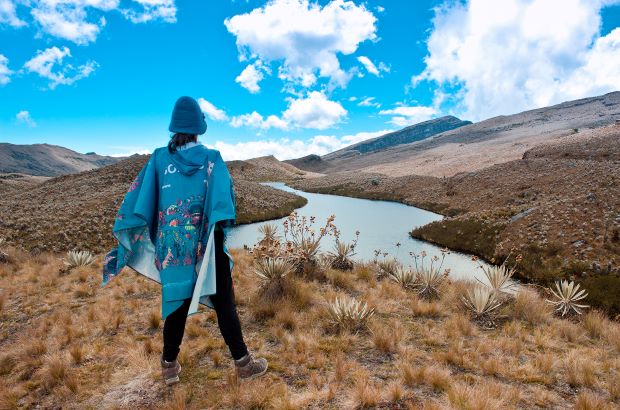 Colombia is one of 20 countries most at risk from suffering the disastrous effects of climate change.

Several factors contribute to environmental degradation and consequently, undermine livelihoods. These include the increasing number of open-pit mining projects, the possibility that fracking may become a widely used practice, deforestation, and the growth of industrial agribusiness.  All will have an impact on forests and water resources, the protection of ancestral Indigenous lands, biodiversity, and family farming. They will have a particularly strong impact on women in rural areas, many of whom work primarily in agriculture.

Of particular importance to Colombia is the protection of moorland (páramos) ecosystems in the high Andes (above 3,100 meters above sea level), which are critical sources of water (providing approximately 70% of drinkable water) and under serious threat from climate change.

Environmentalists have expressed fears that existing international and national regulations meant to protect these ecosystems, could be disregarded to facilitate extractive activities. Colombia is home to 50% of the moorlands in the world, which makes protecting this ecosystem even more important.

In this context, WACC is proud to announce the launch of a three-year initiative entitled “Voices of the Andean Moorlands: Network of Environmental Citizen Reporters in Colombia” in early 2020.  This initiative seeks to address the above-mentioned situation by promoting a culture of people-led environmental protection among Indigenous, peasant, and Afro-descendant communities in the Colombian regions that are home to moorlands and moorland-related ecosystems.

Drawing on the concept of Buen Vivir or Sumak Kawsay, a framework that promotes community-centred, ecologically-balanced and culturally-sensitive development,  it seeks to establish a network of 10 environmental journalists linked to existing community radio stations, who in turn will train at least five  people in their communities, in areas located in or near moorland ecosystem.

Members of the network will help disseminate information and knowledge and encourage greater environmental cooperation between and among different communities. The project will also strengthen existing citizen journalism and community radio networks already working on environmental issues in order to help promote content produced by the new network focused on moorland ecosystems, as well as to enable trainees to benefit from the knowledge and experience of other, more experienced actors.

This initiative will focus on community radio, which is still the media with the highest reach in Colombia, especially in rural areas. In the Latin American context, Colombia is one of the countries with the most developed community radio sector. An estimated 450 stations are in operation, offering news, entertainment and communication platforms to rural and / or marginalized communities.

WACC believes that there is strong link between communication and environmental issues, including climate change. Our collective response as a human family to the many threats posed by climate change partly depends on the extent to which climate-related issues receive public attention, particularly in terms of media content, which can have a knock-on effect in terms of public mobilization and policy change.

Furthermore, given that the effects of climate change have a disproportionate impact on people and communities in vulnerable situations, WACC believes that enabling those communities to tell their stories, organize for change, and advance their own solutions to the climate crisis is critical.

This initiative is being financially supported by WACC and the Primate’s World Relief and Development Fund,  the development arm of the Anglican Church of Canada. It will be implemented by WACC long time member and partner in Colombia Grupo COMUNICARTE.