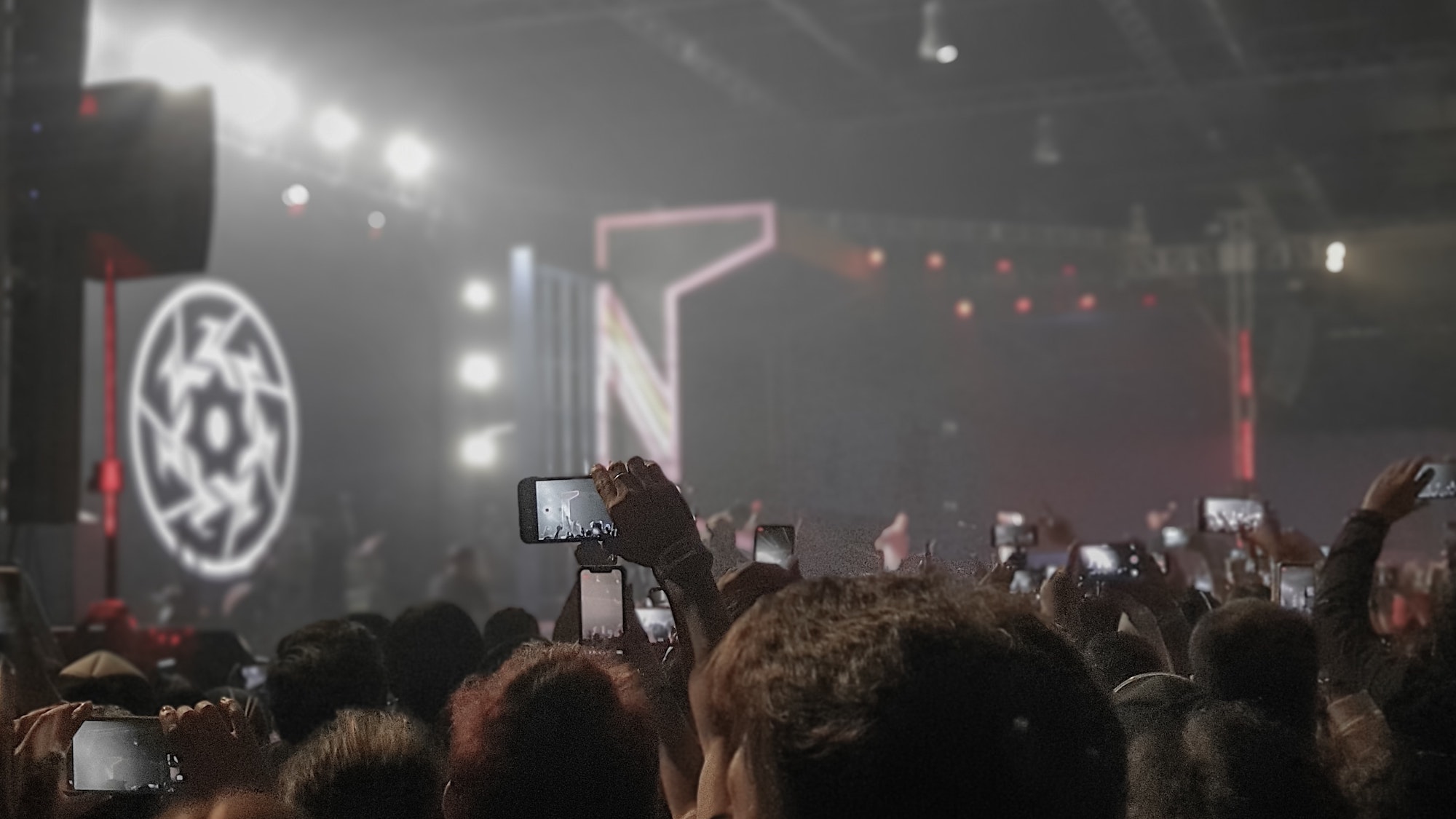 These are some examples of “how ubiquitous and powerful digital platforms are in shaping our democratic processes,” according to Anna Celestial, Project Manager at the Computer Professionals’ Union of the Philippines (CPUP), a WACC project partner in the Philippines. The impact has been huge in the Philippines, which has been called “the social media capital of the world,” with 73 million Internet users who spend an average nine hours daily online, nearly four hours of them on social media, she noted. 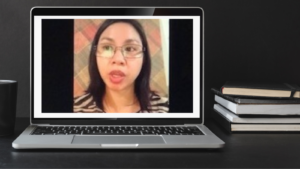 Anna Celestial, project manager at the Computer Professionals’ Union in the Philippines.

On October 29, Celestial joined WACC Global General Secretary Philip Lee and WACC Communication for Social Change Program Manager Lorenzo Vargas in an online presentation, Beyond the Indicators: Communicating with Communities as an Expression of Freedom, Equality and Solidarity. The event was part of the 2020 Online Public Forum, Accountability in the Age of the Algorithm: Championing Pathways to Inclusion in Tech-Driven Futures, hosted by the Communicating with Disaster Affected Communities Network (CDAC).

Celestial also highlighted other digital rights issues, including how millions of Filipinos are still deprived of Internet access. “Many are connected online, or only through free internet, offered by social media platforms, unaware or indifferent of the massive troves of data being harvested and monetized by the platform,” she said. “Our Internet connection remains one of the slowest in Asia is also one of the most expensive with the rate of 20 US dollars for five Mbps of internet for a month, or 184 US dollars for a one gigabyte per second connection.”

In the face of issues in the Philippines that “highlight the intersection between digitalization and social equity and justice,” Celestial said civil society groups like the CPUP have been engaged in digital literacy. They have also been organizing online and offline protests, particularly against provisions in the cybercrime law that threaten freedom of speech and information. Filipinos also continue to use social media to air their criticisms of the current administration.

However, she said, “by and large, digital justice is an advocacy that is new and unfamiliar for most… we still need to identify proactive solutions, assert our rights and push for social justice in a digital world.”

Celestial noted that CPUP is currently working on a WACC-supported project that will help civil society sectors understand and address policy issues around digital rights. “We hope that in the next year, we can collectively draft a Filipino digital justice declaration, which will serve as a guidepost as we contend with emerging challenges,” she said. 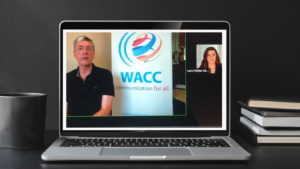 Lee said the project “is an important example of local activism that should guide us in rights-based digital governance.”

He stressed that “in our tech driven future, we believe that rights and inclusion, especially from marginalized communities, has to guide ethics.”

Communication “as a human right, as a practice, as a skill and as a profession should be integral to any actions aimed at responding to humanitarian needs, achieving sustainable development, and contributing to genuine social progress,” said Lee.

“Greater access to the internet and digital platforms alone will not be sufficient to contribute to sustainable development,” said Lee. “We must promote the use of these tools in such a way that those communities most often excluded, achieve greater participation and in a way that helps create the political will for public policies that contribute to greater equity and inclusion.”

This conviction guides WACC’s work in supporting local communities to address issues and needs that they themselves identify, he said. “We aim not to just build skills or buy equipment, but to enable people to exercise their freedom of expression, access and share information in their own language and take part in decisions that affect their lives.”

Lee highlighted the Digital Justice Manifesto, developed through the Just Net Coalition (JNC), as a guide towards helping people owning their digital future. WACC Global is a member of the JNC,  a global network of civil society organizations and individuals advocating for “an open, free, just and equitable Internet.”

The manifesto offers a set of principles to advance global human rights and social justice, and to reconfigure “Internet governance into a truly democratic space.” These include a “local to global” digital governance, ownership of one’s data, data protection, governance of digital infrastructures as public utilities, among other things.

Vargas said the CPUP project is an example of how “WACC is working on the expertise of our local partners to guide our work about digital governance and ethics.”

In its recent consultation with partners, Vargas said it was noted that while Internet access is important, “we need to focus on more structural issues related to ownership, regulation, human rights and media viability”

Photo above: Filipinos spend an average of nine hours online, four of which are on social media, according to the Computer Professionals’ Union of the Philippines. Gavin de la Pena/Unsplash