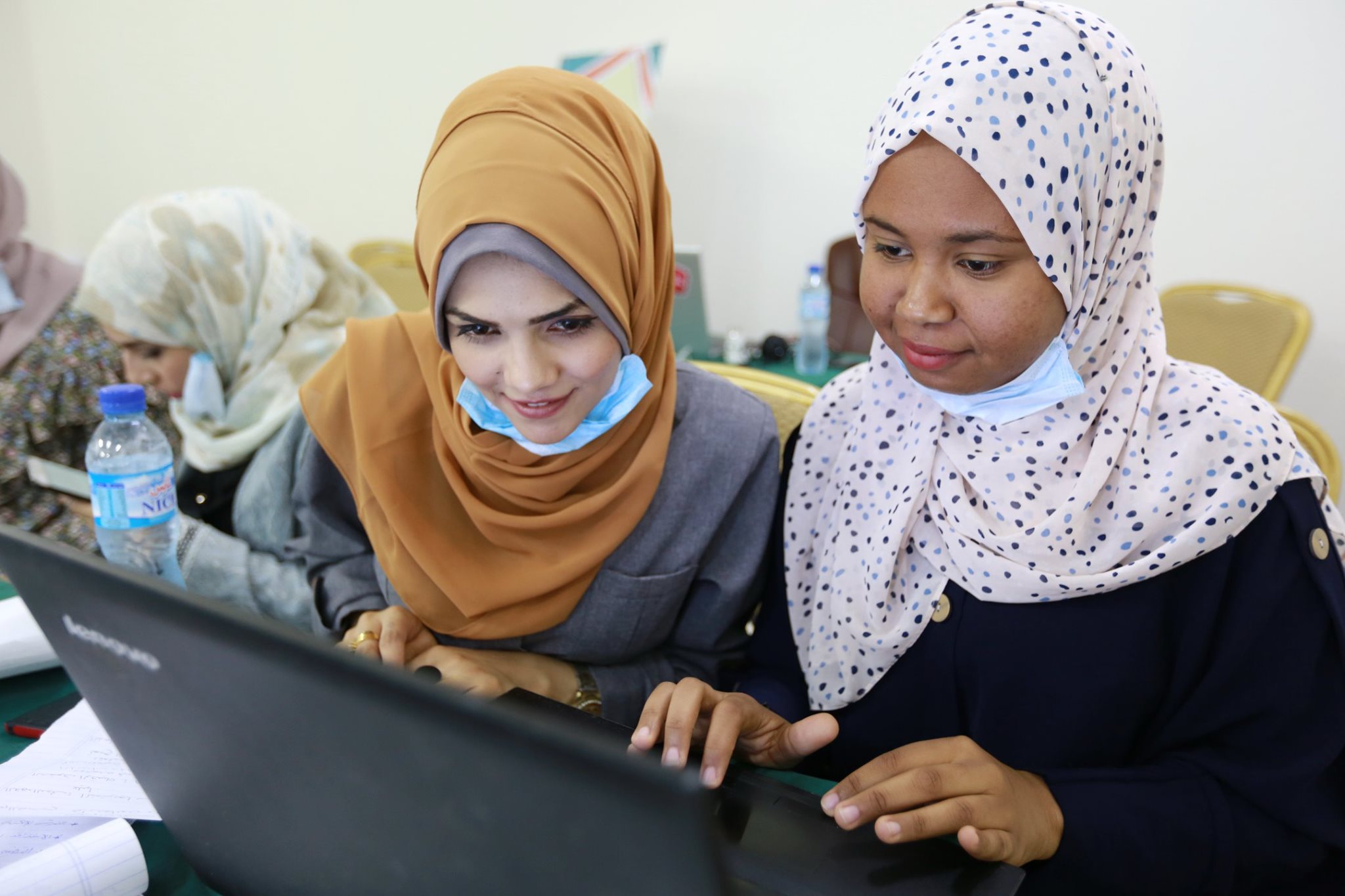 For three straight days in December 2020, women and girls in the Gaza Strip were given pointers and reminders about safe browsing on digital platforms, including how they can protect themselves and their data through a social media campaign launched by the Community Media Center, a Palestinian NGO and WACC partner.
A series of 30 colorful infographics reminded them, for instance, about how digital security should be a habit and what they can do to determine who gets to see their content. 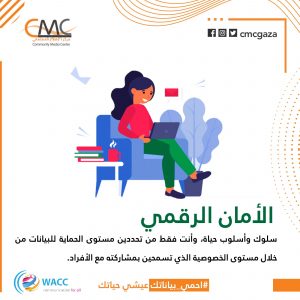 The social media campaign was part of a WACC-supported yearlong campaign, Promoting Digital Literacy among Vulnerable Women in the Gaza Strip,” which sought to improve the cognitive and practical skills of 25 female journalists on digital security, privacy, and networking through a series of workshops that began in February 2020.

They, in turn, conducted 25 peer-to-peer workshops on digital security across the Gaza Strip.More than 500 Palestinian women between 18 to 35 attended these workshops, which also offered practical sessions on issues such as privacy settings and safe browsing online. They were given lessons on how to analyse various types and sources of online information and how to use digital media platforms as competent media consumers and contributors to promote their rights, said the CMC in its report to WACC. The sessions had a high turnout despite the Covid-19 pandemic and there was significant interaction with participants, said the CMC.

“Women in the Gaza Strip, especially vulnerable women, often lack the necessary knowledge and skills to use digital media platforms to advocate for their rights and highlight their concerns in a safe way,” said Lorenzo Vargas, WACC program manager for Communication for Social Change. “This exposes them to risks and threats such as misinformation and disinformation.”

CMC also produced a guidebook on digital media literacy and an educational video on digital security and privacy protection, both of which were used during the trainings.

It noted that the social media campaign has led to sustained growth in CMC’s online engagement. The project has also indirectly benefitted other people in the Gaza Strip who were able to access the guidebook, educational video and other digital content published during the social media campaign via CMC’s digital platforms.
WACC provided an additional grant to CMC to improve its working environment, allowing it to purchase several types of equipment for its training hall and media production unit, including TV, LCD and colored printer, video camera with a crane and five laptops.

Above: Palestinian women learn how to navigate the Internet safely during a  digital literacy workshop in July 2020. Photo by Community Media Center