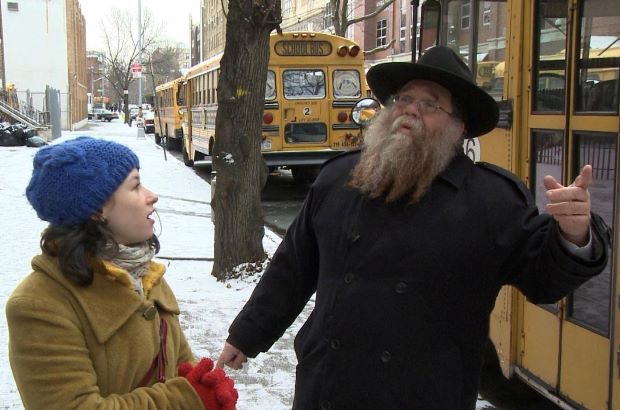 Posted at 09:24h in News, WACC Europe by Staff 0 Comments

It began with a simple idea of bringing together religious television broadcasters to promote ecumenical and international co-operation and give greater visibility to their programmes.

The result was the first European Television Festival of Religious Programmes held February 24 to March 1, 1969 in Monte Carlo, Monaco.

Today, 50 years later, what started as a gathering of Christian broadcasters, has become “much wider and more diverse,” says Jim McDonnell, UK board member for WACC, who previously served as director of development for SIGNIS. “In recent years, there has been a strong focus on how people of diverse views and beliefs can live and communicate with each other in pluralistic societies.”

This “journey of exploration” as McDonnell describes it, will continue in Helsinki on June 10-12, 2020, when the it holds its 20th festival with the theme Belief on Screen.

McDonnell recalls that Unda already had its own international festival for Catholic broadcasters in Monte Carlo every year since 1958, but rather than have WACC set up its own festival, it was suggested that a joint event be held. “This co-operation has now lasted 50 years,” notes McDonnell.

The festival – held every two years and then every three years since 1986 — has not only stood the test of time, it has also evolved and grown.  “Over the years, the programmes shown at the festival have reflected the changing preoccupations and interests of the broadcasters and the viewing public,” says McDonnell.  In 2014, for instance, the festival theme was, Behind the front door or in plain sight: religion in a pluralist society.

He notes that the festival has brought programmes that have explored and debated society’s ethical and moral dilemmas on a wide range of issues, including religious conflict, the plight of refugees, dementia and human rights abuses. The diversity of the programmes has, in turn, attracted audiences representing a variety of beliefs, religions and cultures.

The festival attracts around 80 programme producers across Europe, indicating that it remains relevant today as it was back then, says McDonnell. “They find in the festival the only arena specifically dedicated to present and celebrate the best of religious programmes on television and now, online.”

And, as envisioned by Geisendörfer and Schneuwly, the festival continues to provide a space for both public and private broadcasters and producers to network and share their experiences and ideas.

The festival’s longevity shows that “the voices of those grappling with religious and ethical issues still have a role in wider public and social debates,” says McDonnell.

He adds that the festival itself “stands for a pluralistic vision of religious broadcasting, embracing a respectful engagement with a wide range of beliefs and values.”

Photo above: Theatre director Esther Porcelijn from Tilburg, the Netherlands, with Rabbi Dalfin of the U.S. Chabad-Lubavitch, in a scene from Spot the Differences, which won the Prize for best programme at the European TV Festival of Religious Programmes in 2014. Courtesy of Signis-WACC European TV Festival of Religious Programmes