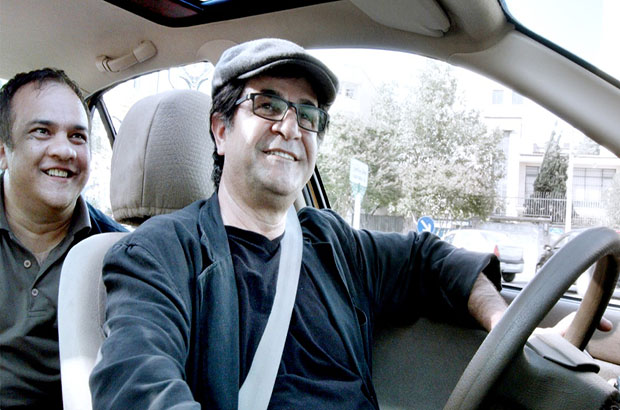 The jury decided that Taxi demonstrates “an unusual and creative way of promoting the human right to communicate, challenging censorship and breaking the taboo of silence within and about Iran. A yellow cab driving through the vibrant streets of Tehran plays host to diverse passengers who express candid views while being interviewed by the driver, who is none other than the film’s director Jafar Panahi.” The film won the Golden Bear at the 2015 Berlin Film Festival.

Taxi plays a dual role visually mediating freedom of expression while ironically showing how new technologies are part and parcel of life and social interaction today. The film underlines and critiques how media images often govern people’s understanding of what is official, authentic, and legal as opposed to what is unofficial, false or downright criminal.

Panahi’s films are known for their humanistic perspective on life in Iran, often focusing on the hardships of children, the impoverished, and women. In his own words, “I’m a filmmaker. I can’t do anything else but make films. Cinema is my expression and the meaning of my life. Nothing can prevent me from making films. Because when I’m pushed into the furthest corners I connect with my inner self.”

Abbas Kiarostami, who made Iranian cinema world-famous, often set his protagonists in cars so that the audience sees what the actor sees. The car and the eyes of the viewer became one, a large moving camera, so that the film director shares observations and thoughts with the viewers.

Jafar Panahi uses a similar technique in Taxi, although the decision to do so was not entirely voluntary. Panahi is currently banned from making films in his home country and is not allowed to travel abroad. Although sentenced to a term in prison, his was freed as a result of pressure from abroad. However, he has chosen to disregard the work ban imposed on him.

Taxi is a courageous act of resistance. The director plays the taxi driver in his own film, making conversation with numerous passengers as he drives them around Tehran. Some of these passengers address Iran’s democratic abuses very directly. In this respect, Taxi is a politically committed film.

It is also fun. And the taxi driver and his passengers often talk about cinema. The resulting conversations are very insightful, resulting in a clever take on current events.