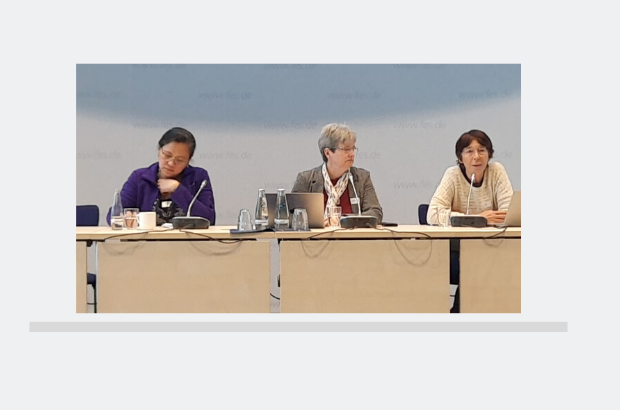 The event, sponsored by the Just Net Coalition, Friedrich Ebert Foundation and Bread for the World, discussed data as an economic resource, and explored the question, “Who has primary rights to it (or who owns it?),” and examined the landscape of data practices and policies.

It also looked at the theory, practices and policy of a data commons, discussed the struggles for open source software, community networks, net neutrality, open data and Artificial Intelligence. The last stage of the workshop explored what progressive groups can do and how they can work together for digital rights.

“The workshop was a vital exploration of the economic implications of our increasingly data-based society,” said Speicher. “Increasingly, power and wealth is being determined by who controls increasing amounts of data, both personal and collective data.”

Workshop participants represented different fields and approaches, “but with a common vision that data and digital intelligence have to be public resources, for public benefit, used by all to promote more just and equitable societies,” noted Speicher.

In organizing the workshop, Just Net Coalition and IT for Change said it was seeking collaboration on how digital society and economy resources can be governed “in common and public interest.” It also wanted to examine data commons “not just as an academic construct but a practical one, and how it relates to current and possible data governance regimes and policies.”

Organizers noted that a lot has been discussed about data privacy, “but not much about it being a key economic resource, and how its direct and indirect value will be distributed. This may be the most important political economy question of the digital society.”

Following the workshop, Just Net Coalition – of which WACC is a member – launched the Digital Justice Manifesto, which calls on people to “wrest back ownership of our personal and collective data and intelligence,” and to “take sufficient control over the techno-structures within which data and intelligence operate.”