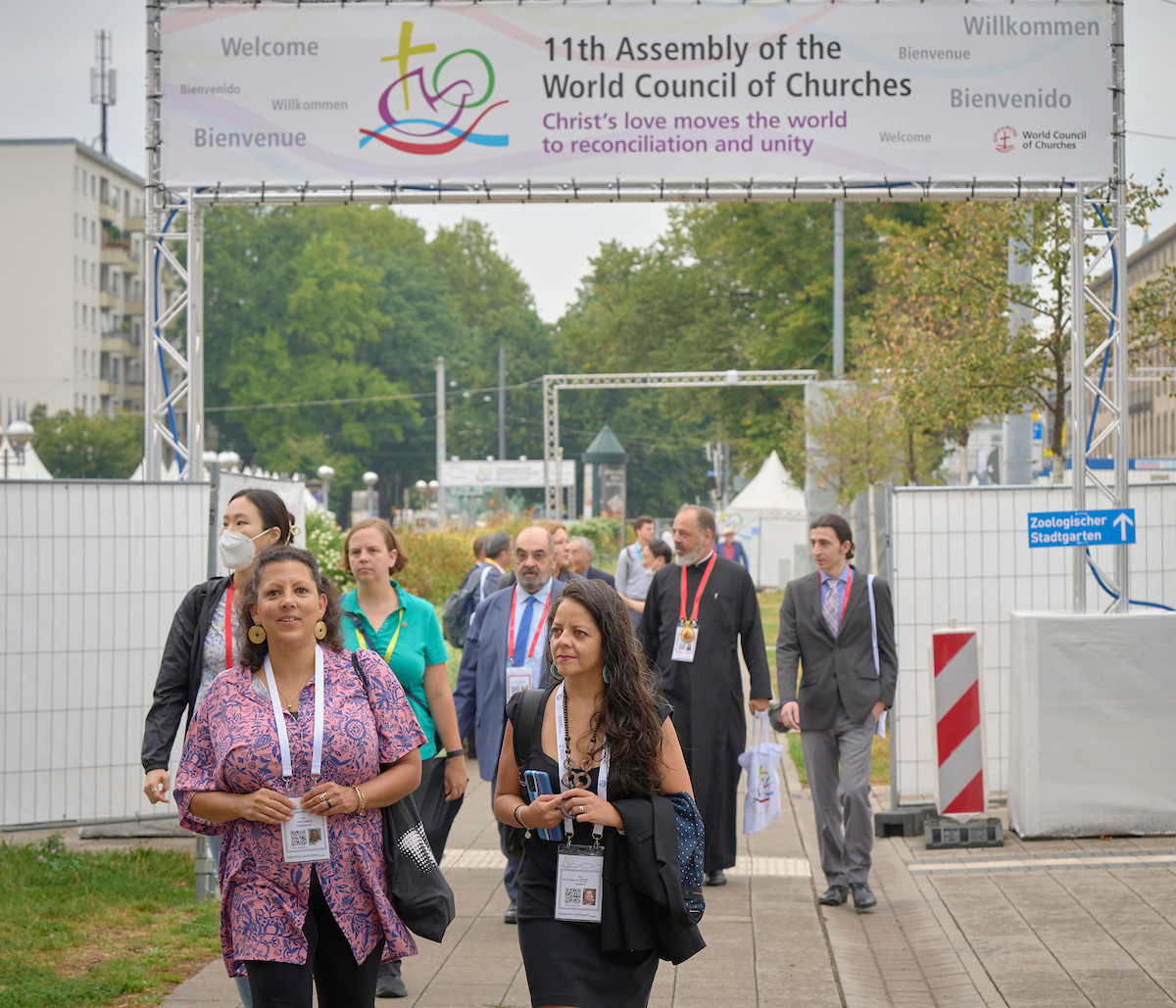 WACC Global and WACC Latin America today urged churches and ecumenical bodies to be part of a “transformative movement” that will work towards creating a digital public sphere that upholds democracy, human rights, mutual accountability, and solidarity.

WACC General Secretary Philip Lee and WACC Deputy General Secretary Sara Speicher made the call during a workshop, A Pilgrimage to Digital Justice and Peace: Closing the Gaps, Enlarging the Tent, which they led at the 11th World Council of Churches Assembly in Karlsruhe, Germany. It was one of the workshops offered to assembly participants so they could “to come together to discuss and explore a specific topic.”

Digital communication has offered benefits, including shining a light on issues around power, justice, equity, and human dignity, said Lee and Speicher.

However, they have also been used to spread deliberate disinformation, “have disrupted previous forms of community and conversation and undermined trust and participation in public institutions and processes,” they said. “Authoritarian governments are using digital technologies to engage in illegal surveillance and to discourage dissent.”

Companies that develop digital technology “are failing to make digital spaces safe while pursuing a model of data-hungry capitalism that places profit over people,” they noted.

The workshop also delved into the issue of “media concentration,” noting that, although digital platforms “give the appearance of a diversity of news channels, media ownership is owned and controlled by governments or by a small number of private corporations.”

The interactive workshop walked participants through issues of digital rights and digital justice through a “quiz,” a case study from Latin America presented via a video prepared by the WACC region, and a discussion on what faith communities can do to help advance digital social justice and peace.

The Latin American case study emphasized the need to take stock of the “cultural and communication changes” resulting from the pandemic. It noted how the Covid-19 pandemic not only exposed how the public health systems of most countries in Latin America were “poorly supplied and barely able to deal with social and health emergencies,” but how the most vulnerable members of society were unable to access digital devices and the Internet when governments had to pivot their “basic operating structure” online.

The pandemic also gave rise to more “fake news,” especially from Brazil, where the Bolsonaro government insisted that the health crisis did not exist, and  dismissed it as nothing but “a part of a world domination plan,” said the video.

It also noted how churches had to adapt its work and services and increase its “economic solidarity among the poor and vulnerable,” even as they had to confront and examine existing gender gaps in communication, with more women serving and helping out, but unable to access digital technology that had to be used during the lockdowns and periods of isolation. “As churches, we are challenged to change our understanding of communication, so that we can overcome the gaps and differences we face daily,” said the video.

“It is important to understand the role that communication plays, but also that change comes from our communities, as they are capable of generating said change, of being the salt and the yeast of the earth,” stressed Leo Felix, director of ALC Noticias and President of WACC Latin America.

Above: Delegates arrive at the 11th Assembly of the World Council of Churches in Karlsruhe, Germany. Photo by Paul Jeffrey/WCC