WACC Caribbean, WACC’s regional association in the Caribbean, held its General Assembly on February 27, 2019. The Assembly was held online, though a number of members were able to gather in person to participate in the assembly following a WACC project partners’ consultation on linguistic rights and sustainable development, which was hosted by Saint Lucia’s Folk Research Centre.

During the assembly, a new Regional Executive Committee (REC) was elected for the period of 2019-2022. Its members are: 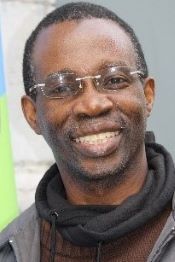 Ary Regis (President) has 24 years of experience in social and educational communication as a Haitian academic, as well as significant experience working for citizen engagement in alternative communication and Creole language promotion.

A member of WACC since 1998, he has served as Director of the Department of Social Communication at the Faculty of Human Sciences of the State University of Haiti, and has accompanied the community radio movement since 1998 as Chair of the Board of Directors and Director of SAKS.

He recently founded LANBI-éducatif, a social enterprise involved in educational and digital communication, which is the subject of his PhD thesis. Dr. Regis serves on the REC as a personal member. 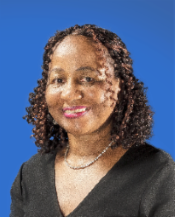 Dr. Corinne Barnes (Vice-President) holds a PhD in Communication Studies, an MA in Journalism and a BA in Media and Communication.

Dr. Barnes serves on the REC as a representative of the Caribbean School of Media and Communication, University of the West Indies, Mona, Jamaica. 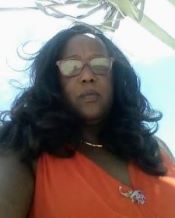 Ms. Michelle Golding (Treasurer) is one of the founding members of WMV Jamaica. She now serves as Director and Acting Chairperson of  the Advisory Committee. Ms. Golding worked in the private sector, as well as with several NGOs and trade unions, prior to her sojourn as a human resources practitioner and teacher. Ms. Golding graduated from the University of the West Indies with an MA in Education Policy, and holds a Post Graduate Diploma in Education and a degree in Human Resources Management.   She serves on the REC as a personal member. 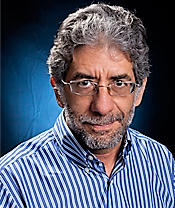 Dr. Maximiliano Dueñas Guzmán (Secretary) was born in Colombia but grew up in New York and has lived in Puerto Rico since 1986. While in New York, he began his career as a citizen journalist. As a scholar, he explores practices that support communication as a human right.

He has published on popular communication projects on the Haitian-Dominican border, a longitudinal study on the representation of women in the news, and on experiences of appropriations of new technologies. He is professor in the Communication Department, University of Puerto Rico. He holds a PhD. from the University of Massachusetts, Amherst. Dr. Guzman-Duenas serves on the REC as a personal member. 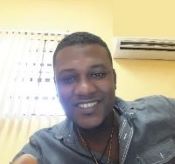 Mr. Edner Fils Décime (Member-at-large) is a social media communicator and multimedia journalist (Faculty of Human Sciences of the State University of Haiti).

For about a decade now, he has been an advocate of popular communication  within Haitian social movements, and is a founding member of e Asosyasyon Kominikatè ak Kominikatèz Popilè (AKP, in Haitian Creole), an association of students and academics seeking to promote alternative communication in Haiti.

He is currently project manager within Medialternatif Group, an institutional member of WACC Caribbean. He serves on the REC as a personal member. 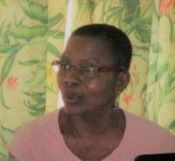 Her training and qualifications include a French Diploma in Creole studies, a BA degree in Theology and Psychology, and a MSc in Counseling. Marylin is a long-standing member and has worked as an administrative assistant and librarian at the Msgr. Patrick Anthony Folk Research Centre (FRC), as a Kwéyòl language producer and broadcaster for national public television and continues to serve as a lead facilitator and tutor in the Kwéyòl language programmes of the FRC. She serves on the REC as a representative of the Folk Research Centre (St Lucia).

During the assembly, the WACC Caribbean membership focused on three key themes over the next four years:

The REC is seeking to achieve these objectives by implementing capacity building, research, and awareness raising efforts.

In addition, the REC will work towards growing the WACC Caribbean membership and strengthening its external communications.