Posted at 22:52h in Calls for Action by wacc_kn 0 Comments 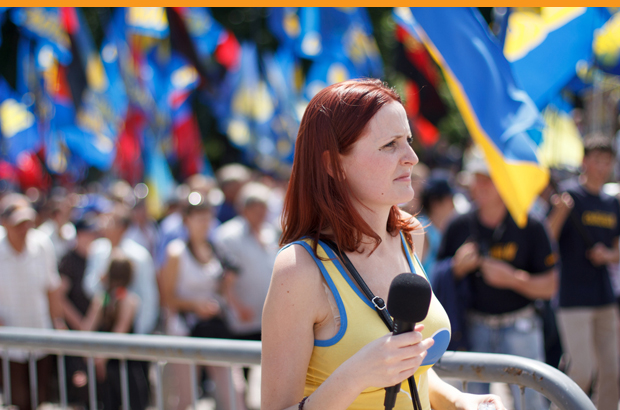 The World Association for Christian Communication (WACC) calls on its members and networks to participate in UNESCO’s Women Make the News campaign in celebration of International Women’s Day, 8 March 2013.

International Women’s Day campaigns step up demands for the respect of women’s basic civil, political, economic, social and cultural rights. Communication rights are basic human rights invoking spaces and resources in the public sphere for everyone to engage in transparent, informed and democratic debate.

WACC calls on its members, partners and networks to share their visions for a global alliance on gender and media, drawing lessons from partnership experiences in media monitoring, critical media literacy, civil society-media dialogues and gender-focused initiatives.

The Women Make the News 2013 campaign theme towards a global alliance on media and gender draws “attention to the need for a global means to follow-up on the gender and media objectives of the Beijing Declaration and Platform for Action”. The Platform underscores commitments to media content and professional practice that promote and support gender equality, areas in which WACC’s partners are actively engaged.

Claudia Florentin, journalist and member of WACC Latin America region affirms the need for such a global alliance. She says “analytical tools, monitoring and clearer concepts that support gender equality objectives have been introduced to direct changes in legislation in several countries aimed at democratizing mass media. However, global media monitoring carried out every 5 years since 1995 has shown that the goals set in the Beijing Platform for Action are far from being achieved”.

The campaign further opens space for discussion to inform the selection of priority themes for a UNESCO-convened global forum on media and gender planned for November, this year.

WACC also calls on its members, partners and networks to contribute ideas on priority themes for the November forum, underlining focus areas that hold promise for the achievement of objectives for gender equality in and through the media.

Learn more about Women Make the News 2013 at http://www.unesco.org/new/en/communication-and-information/crosscutting-priorities/gender/women-make-the-news/.

The World Association for Christian Communication (WACC) is an international organization that promotes communication as a basic human right, essential to people’s dignity and community. It advocates full access to information and communication, and promotes open and diverse media. WACC has personal and corporate members in 130 countries. WACC coordinates the Global Media Monitoring Project which every 5 years since 1995 has monitored the output of news journalists, reporters, presenters and announcers on radio, television and print media from a gender equality perspective.