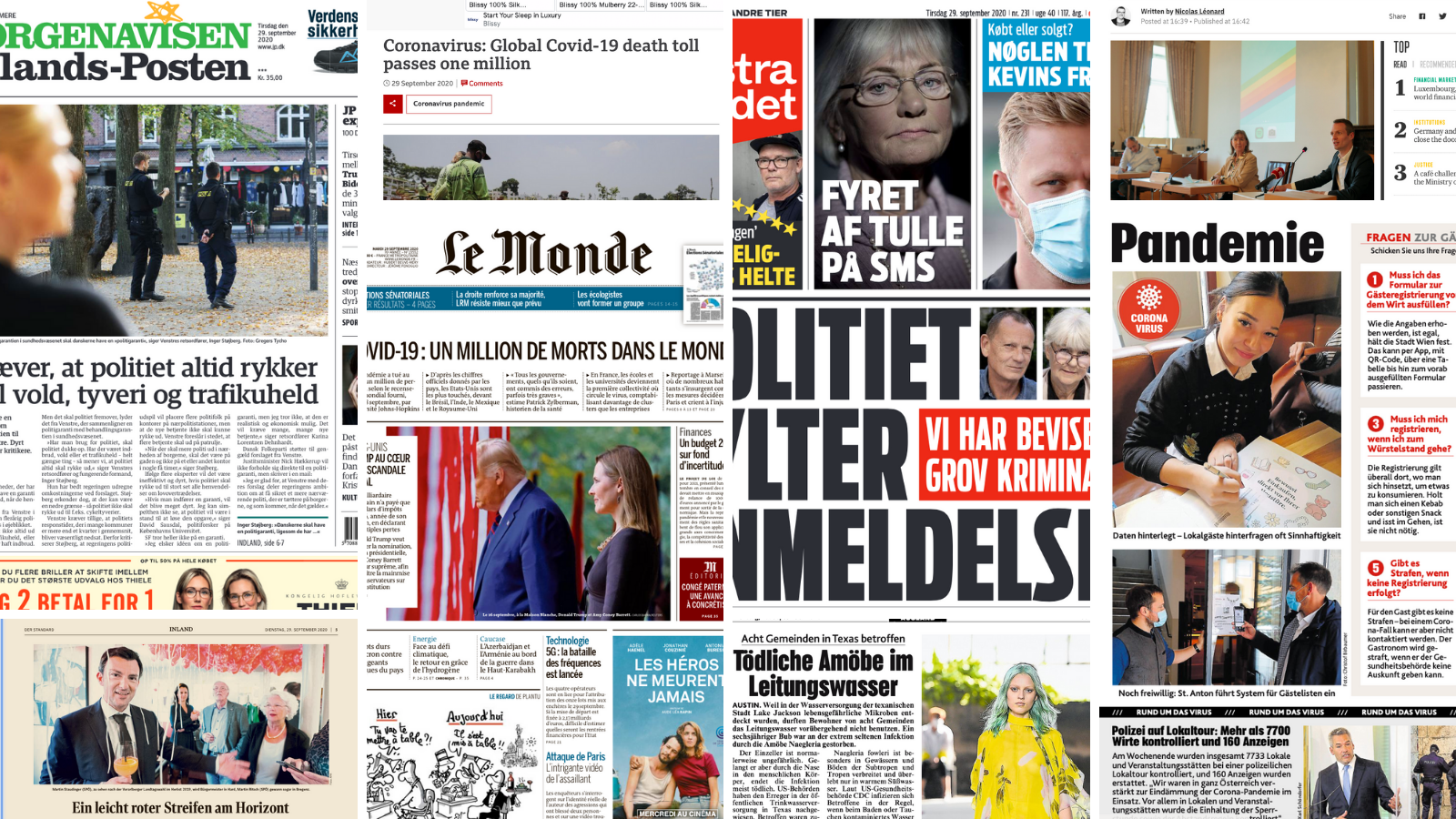 Women’s voices are “still not more visible” across the European media landscape, and if they do get seen, heard, or read about they are still largely in stories that are stereotypically held to be in the private or domestic domain, according to the 6th Global Media Monitoring Project (GMMP) Europe region report.

“While we have seen some small improvements in women’s overall visibility in the news agenda, these increases are tiny,” says the report.

Women in Europe accounted for 28% of 22,613 sources coded in 1,0691 news stories in both legacy and digital media. This constitutes an increase of 3% on the 2015 data and is only 3% higher than the global average of 25% recorded in the latest GMMP.

Women were most likely to serve the purpose of providing eyewitness accounts or public opinion than as experts, “which follows the same pattern as in 2015,” says the report. Fewer than 1% of news challenged gender stereotypes or mentioned gender inequalities. They also appear more as sources or subjects in news stories categorized as gender-related (the smallest major topic category (81 stories, <1%) and least likely to be included in stories focused on politics/government (22%).

“Women mostly speak in the domain of the private/domestic and men in the public/professional sphere, a trend that has continued since the first GMMP in 1995, despite women’s significant inclusion across all professional strata, despite women being heads of government, chiefs of police, supreme court judges and CEOs of European institutions,” says the report.

This begs the question, adds the report, of why there’s hardly been any progress since the first GMMP in 1995, and the disproportionate impact of the Covid-19 pandemic on women. “Despite the devastation of the pandemic on all our lives, Covid-19 stories only comprised 27% of all European stories and the pattern of women’s voices in this sub-set of stories was broadly the same as the larger corpus.”

Women appeared principally as sources in stories stereotypically seen as the female domain, such as their place in the economy, childbirth, beauty contests, the beauty industry, and and inequality between women and men.

They are least featured as sources in stories stereotypically perceived as “masculine,” such as war, terrorism, foreign and domestic politics, and the economy.

The data also revealed that women reporters “were no more likely to source women in the stories they wrote then men.”

In terms of who writes and presents the news, the European region data showed that 41% were women, “more or less evenly spread across TV, print, online and Twitter but showing a reduced visibility in radio (33%).” Women represented slightly more than half (53%) of the radio and TV anchors and presenters.

Female reporters were more likely to be assigned to science/health, social/legal and gender-related beats, while men wrote more about politics, government, and crime.

“These data are very similar to those from 2015, demonstrating that women continue to experience horizontal segregation in terms of accessing the more prestigious news beats,” says the report.  “The continuing marginalisation of women’s voices both in general terms but also in relation to the news beats and genres which are regarded as both more prestigious and more important in informing the public, does little to properly serve that public nor the broader democratic project.”

In terms of occupation, women were overrepresented in the categories of sex worker, homemaker, parent, child, young person, health work, social worker, and childcare worker, “suggesting that women are being situated in the domestic sphere or aligned chiefly with feminised occupations.”

Women were underrepresented in nearly all specialist, professional, academic, manual, governmental, finance, sports, and religious occupations. “Politician” constituted the largest single occupational category across all media (34%), but women were only 22% of those quoted.

European data also showed gendered ageism. “For both women sources and women media professionals, we note that they start to disappear from the news landscape once they reach middle age, a trend which echoes all the literature on the topic, demonstrating that the media seem to be a sector which does not value experience.”