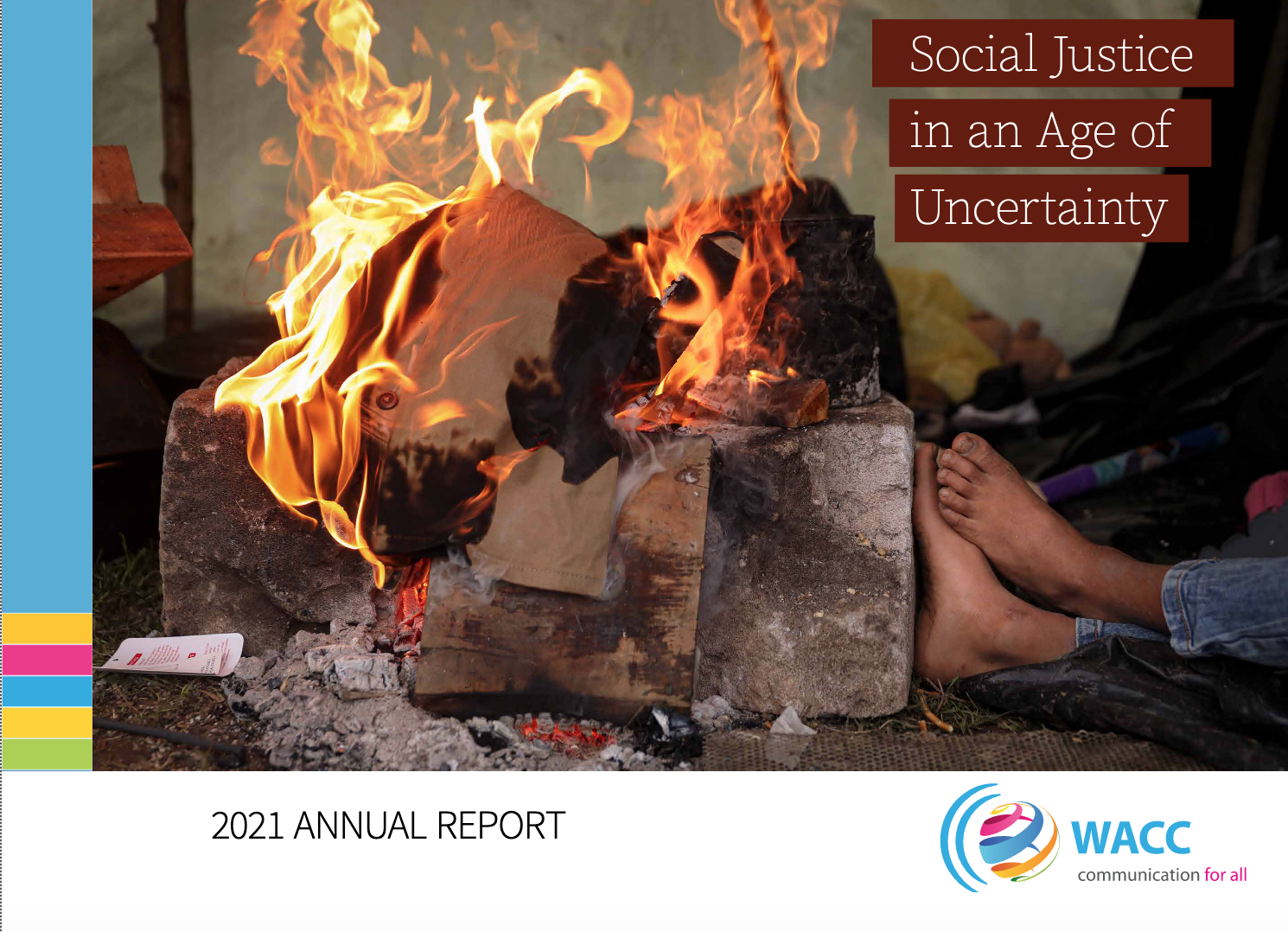 In WACC’s 2021 Annual Report, Social Justice in an Age of Uncertainty, General Secretary Philip Lee underscores WACC’s critical role in “strengthening the voices of people who are at risk of being excluded from genuine social progress.”

In his message, Lee notes that, “The exclusion of large numbers of people North and South from democratic political processes because they lack effective ways of participating is also a dimension of communication rights.”

In today’s digital age, this exclusion “is exacerbated by social media platforms and the expansion of around-the-clock powers to monitor and intercept communications – all justified in the name of security but often abused,” adds Lee. “Such attacks on people’s communication rights and on freedom of expression, together with the rise of fake news, hate speech, and the unregulated power of Big Tech, need to be monitored and challenged and their impact made clear if people are to build more effective citizens’ movements and more democratic systems.”

Through its work, WACC can “lobby for their inclusion, amplify their voices and – in a digital age – advocate for technologies that are affordable, accessible, and that affirm human dignity and social justice,” says Lee.

In 2022, WACC will seek a wide range of partnerships and financial support to enable it to carry out its mission, says Lee, as he urges members and WACC allies to “join us in this exciting and transformative endeavour.”

An outline of WACC’s Strategic Plan 2022-26, which lays the foundation for its network to assume ” a leadership role in advancing communication rights in today’s rapidly changing world,” is in the report.

The report puts a spotlight on Communication for Social Justice in a Digital Age, a symposium organized last fall by WACC and the World Council of Churches.

The impact of the 6th Global Media Monitoring Project launched in July 2021, and the post-monitoring follow-up phase, is also discussed in the report.

Stories range from a project empowering youth in Georgia to fight disinformation, to one establishing a community radio network for migrants in Colombia.

Cover image above: A migrant boy warms his feet by the fire at a makeshift camp with no electricity and no running water in Velika Kladusa, Bosnia, October 12, 2021 He is among dozens of children camping out with their families, awaiting their chance to slip through the Croatian border and travel on towards Western Europe Media coverage of migrants are not always positive.  Photo by the Associated Press