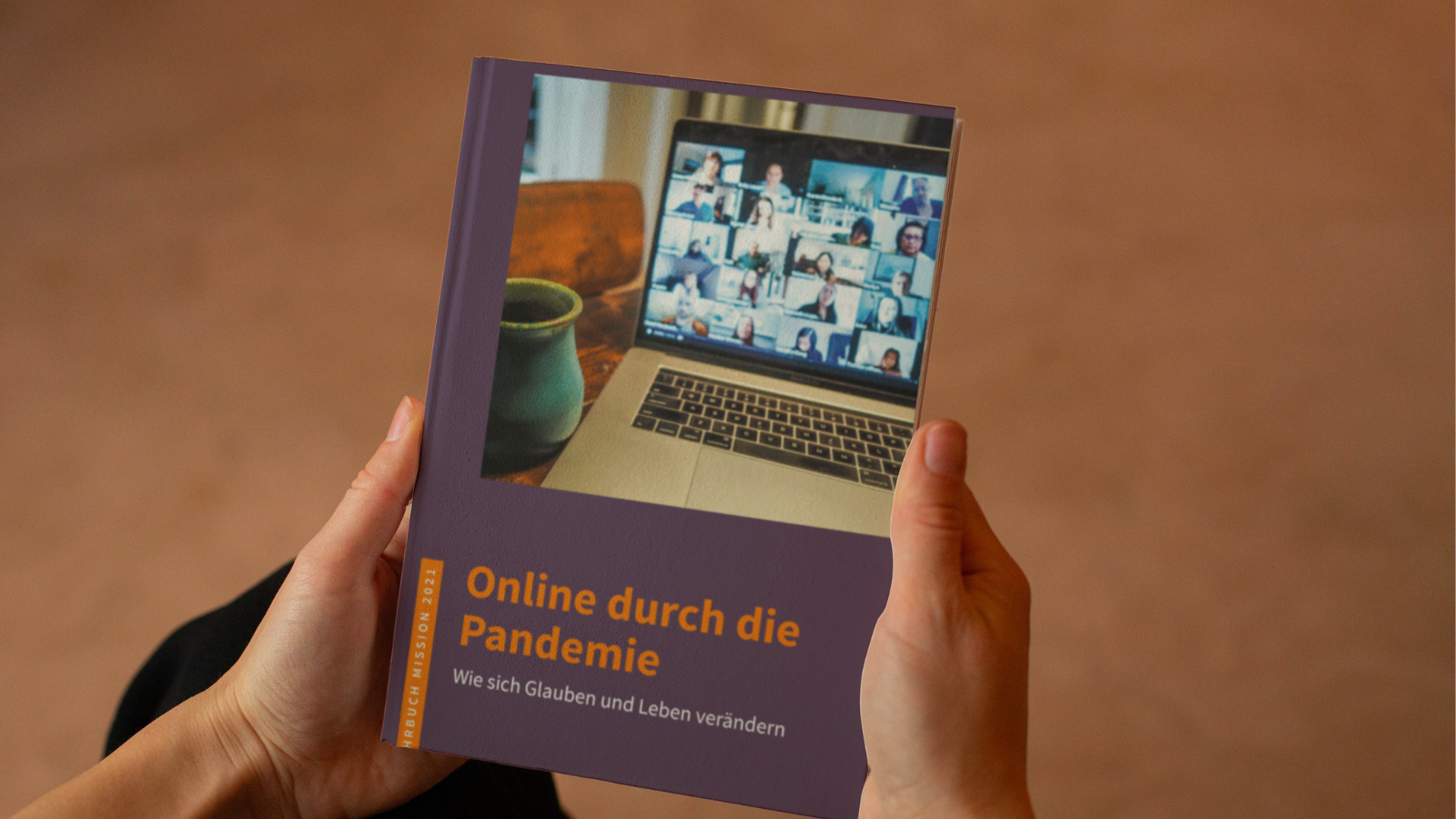 The Covid-19 pandemic has accelerated digital transformation around the world and offered opportunities for increased connectivity. However, it has also exacerbated digital injustice: lack of access for many, lack of accountability from powerful tech companies, dangerous algorithms, “fake news” and social inequality, writes WACC Deputy General Secretary Sara Speicher in an article published in the 2021 Yearbook of the Evangelische Mission Weltweit (Association of Protestant Churches and Missions in Germany).

Speicher’s article, with contributions from WACC General Secretary Philip Lee, looked at how communication has changed and affected people during the pandemic, what impact they’ve had and will continue to have for the communication of Christian bodies and churches, and what role NGOs like WACC are playing in advocating digital justice.

“While there is some indication that the fast pace of digital growth is slowing, the leap for millions into new forms of digital communication will stay and will transform our lives into the future,” writes Speicher, in her article, Digital (in) Justice. “Our awareness not only of their positive potential but also of the scope for growing injustice must now also accelerate. Both sides require a faith-filled response.”

With lockdowns imposed by governments to prevent the spread of Covid-19, many organizations moved their meetings, conferences and worship services online and found them “more geographically inclusive and collaborative,” she notes. But this speed of digital acceleration also “threatens to widen the opportunity gap,” she warns, noting a report from the International Telecommunications Union that populations unable to access and afford broadband and 4G networks “cannot benefit from distance learning for children, telecommuting, access to e-commerce and healthcare information.”

Speicher underscores that it is not enough to encourage digital companies to offer and expand free access to their platforms and services. “One thing we have learned is that it is never free,” she says, citing the Cambridge Analytica scandal and other instances when social media platforms and other digital devices harvest private data for profit, and when political powers use them for surveillance and control. As Speicher succinctly puts it, “When it’s free, you’re the price paid.”

The article also discusses how social media, once touted as a key platform for freedom of expression, have been used to spread half-truths, outright lies, and hate speech. “Now we see increasing manipulation that gives individuals the illusion of freedom of expression,” says Speicher, citing the role that algorithms play in pushing controversial posts that turn them viral, increasing social media company profits. “Public interest media, already under existential threat because of the diversion of advertising revenue to social media platforms, face the additional crisis of public distrust fostered by some political interests,” she writes.

Misinformation and disinformation have also given rise to online hate speech, which as a matter of digital justice, people of faith “cannot be silent bystanders,” says Speicher. “As individuals, churches and organisations, we need to engage in respectful conversation online and offline, share and support trusted news, and advocate with and on behalf of those targeted by hate.”

She underscores the need to “put justice at the heart of our digital future,” referring to preparations being made by WACC and the World Council of Churches – in cooperation with Evangelische Missionswerk in Deutschland, Evangelische Kirche in Deutschland, Brot für die Welt, and the World Student Christian Federation – for a symposium in September 2021, which will address theological, ethical, social and justice issues in a digital age.

WACC has made digital justice one of its priorities, which it works on with its unique network of grassroots communities, media agencies, academics and civil society activists, says the article. “We are very aware that it will be impossible to heal the divisions and to shape a future in solidarity without communication. The same digital platforms that today reinforce rumour, misinformation, and fake news have also been essential to keeping us connected. They can contribute to greater understanding between people, to enabling greater participation, and to increased accountability of private and public authorities,” says the article. “But that requires that all of us be active and aware users of digital tools, that we advocate for effective and independent monitoring and regulation of technology, that we continue to make visible online and offline our faithful commitment to love, unity and reconciliation.”