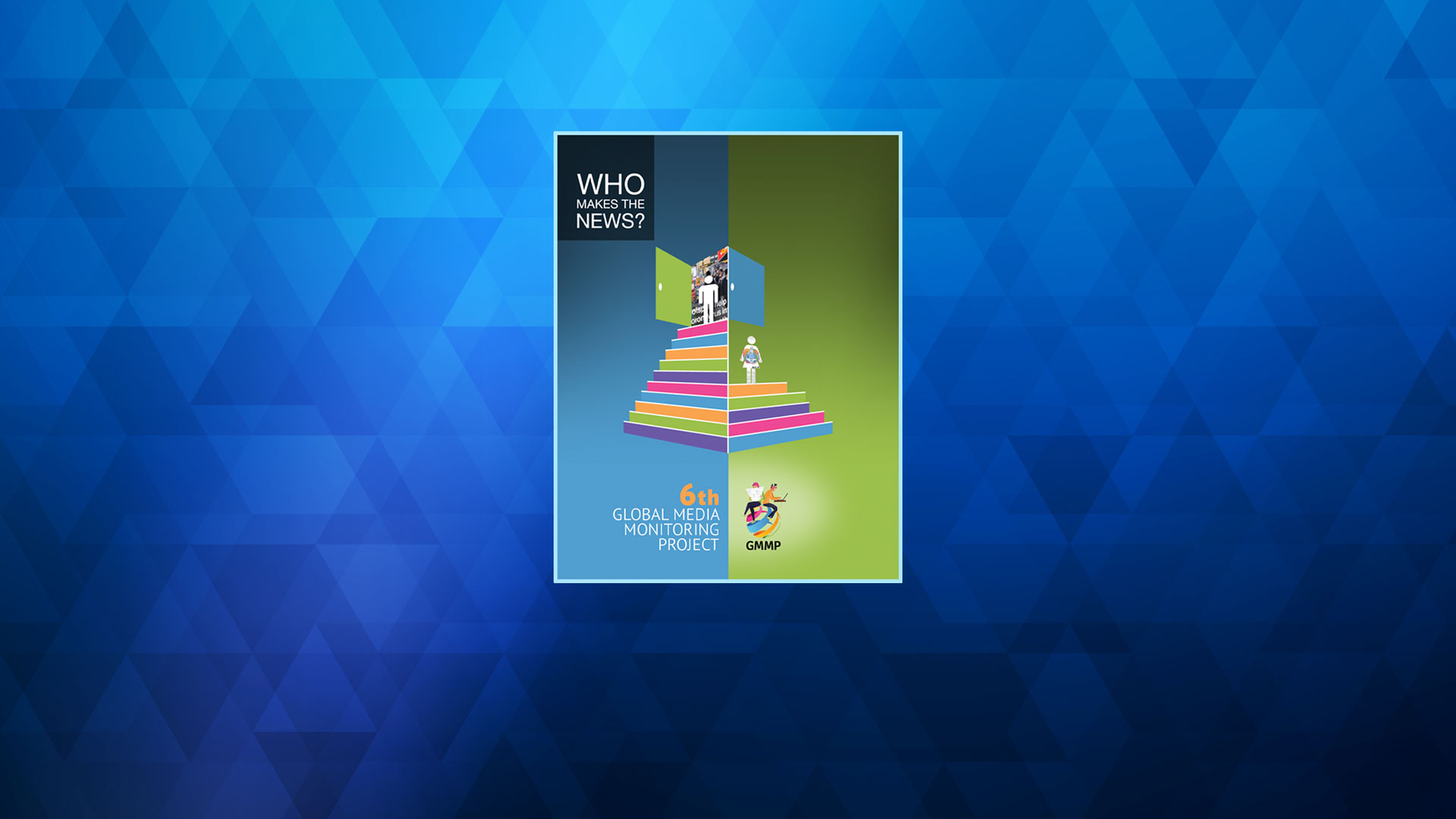 All things remaining equal, it will take at least 67 more years to close the average gender equality gap in traditional news media worldwide.

This was one of the key findings of the 6th Global Media Monitoring Project (GMMP), the largest research and advocacy initiative in the world on gender equality in news and journalism. The full report and accompanying materials are available here.

GMMP data show a mix of good news and bad news. Between 2015 and 2020, the needle edged one point forward to 25% in the proportion of subjects and sources who are women. The single point improvement is the first since 2010 and is most visible in broadcast news media. This means that at the global average level, mainstream news media are currently at the midway point to gender parity in subjects and sources.

After a decade of stagnation, women’s visibility as reporters increased by three percentage points overall across print and broadcast news. Currently, four out of 10 stories in traditional news media are reported by women, compared to 37% since 2005.

However, while these statistics demonstrate gains, the latest GMMP findings also show a loss in the quality of stories from a gender perspective.

Patterns of stagnation and decline are consistent across the GMMP news measures. For example, news stories are as unlikely to clearly challenge gender stereotypes today as they were 15 years ago.

After #MeToo, stories on gender-based violence (GBV) hardly make the major news of the day and in the 1% of times that they do, women and girls are severely underrepresented. Fewer than half of gender-specific stories actually highlight gender (in)equality issues.
Women were also still less likely to be quoted as experts or commentators. News websites (23%) and newspapers (24%) had the lowest percentage of experts in the news who are women.

The GMMP’s findings are drawn from 30,172 stories published last September in newspapers, broadcast on radio and television, and disseminated on news websites and via news media tweets in more than 100 countries.

The analysis shows what has changed in the presence, representation and voice of women and men in the news since the first GMMP was conducted in 1995.

The report includes data and analysis on gender in Covid-related news stories, and for the first time, the roles of Indigenous peoples, people with disabilities, racialized groups, and the elderly in the news.