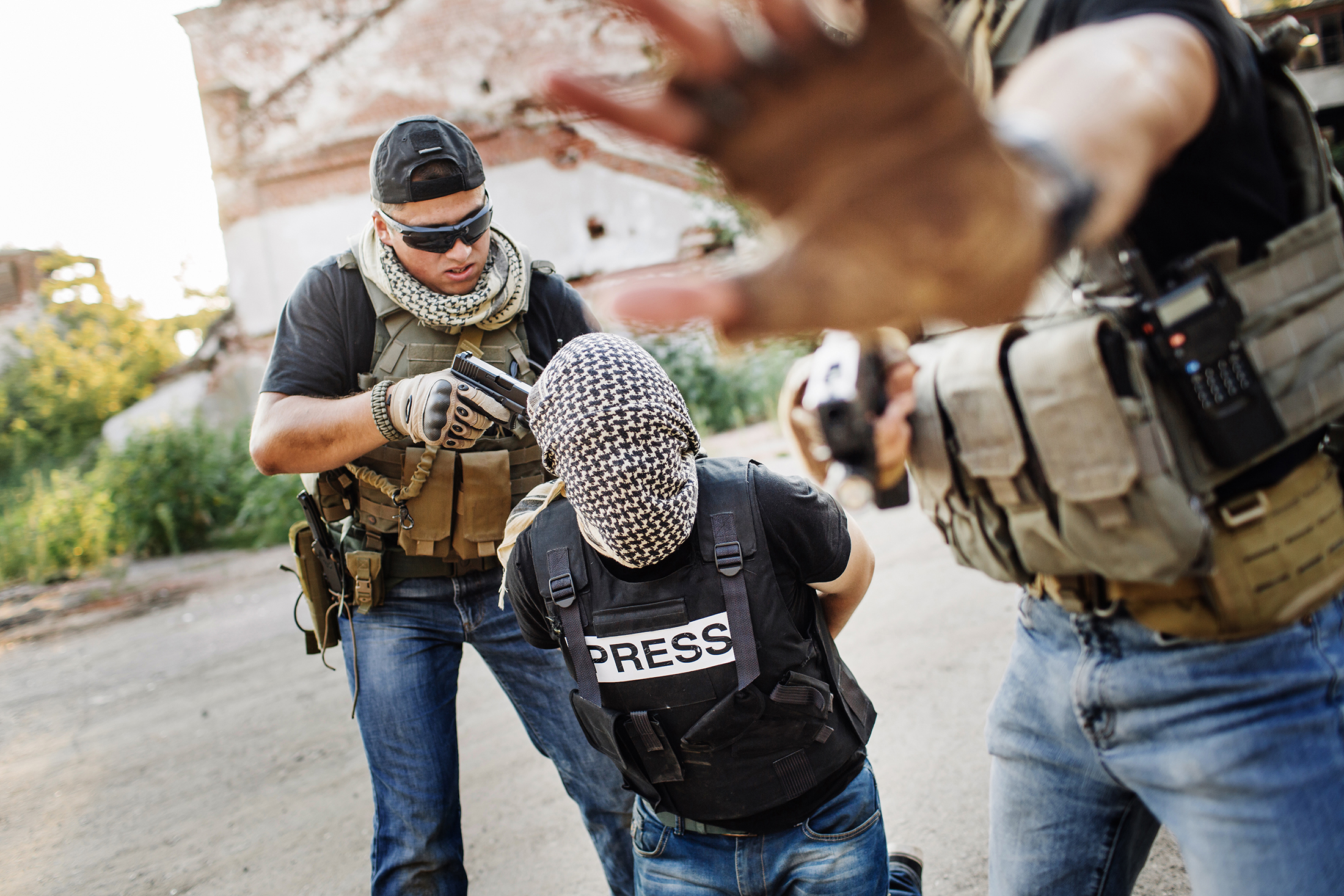 The last time a working journalist won the Nobel Peace Prize, Europe – and eventually nations around the globe – were on the brink of World War II. German editor Carl von Ossietzky won the prize in 1936, “for his burning love for freedom of thought and expression and his valuable contribution to the cause of peace” while he ailed in a Nazi concentration camp, where he died in 1938.

The Nobel Committee’s choice then and now was a strategic act, a statement not only about conditions in specific countries but threats around the world. Just recently, as the official announcement states, Maria Ressa and Dimity Muratov “are receiving the Peace Prize for their courageous fight for freedom of expression in the Philippines and Russia. At the same time, they are representatives of all journalists who stand up for this ideal in a world in which democracy and freedom of the press face increasingly adverse conditions.”

It may not be that much of an overstatement that today we face a war on facts, and a war on public interest journalism that is predicated on exposing facts.

As Maria Ressa stated almost immediately after receiving the call from the Nobel Committee, “It’s a recognition of how hard it is to be a journalist today”. Journalists, she said, are in a “battle for truth, a battle for facts. We hold the line.”

It is a battle that some journalists are paying with their lives, as Muratov stated when he said his award was for his six colleagues who have been killed because of their reporting. The International Federation of Journalists has published an annual report since 1990 on killings of journalists; in 2020 65 were killed – 17 more than in 2019 – with at least 229 in jail.

Ressa’s experience of threats, harassment and criminal charges also demonstrates the new front of the war against journalism online. Julie Posetti of the International Center for Journalists writes, “her situation best illustrates the convergent political, technological, commercial, and legal threats hobbling contemporary independent journalism and risking the lives of journalists around the world. As only the 18th woman to ever win a Nobel Peace Prize, this award also highlights the experience of women journalists, who sit at the epicenter of risk on the new front line in the global struggle for media freedom and journalists’ safety.”

Posetti shared a big data analysis of the online violence Ressa experiences, published by the International Center for Journalists:

After examining half a million social media posts directed at Ressa over 12 months, we concluded:

There is also direct evidence that online violence targeting Ressa has offline consequences. It subjects her to very real physical danger, with frequent rape and death threats, and it has created an enabling environment for her persecution, prosecution, and conviction. She has been served 10 arrest warrants and detained twice since 2019. In July 2020, Ressa was convicted on a trumped-up charge of criminal “cyber libel,” which saw her sentenced to a jail term of up to six years. That case—based on a law that criminalizes journalism in contravention of international human rights law obligations—is currently under appeal before a Manila court. But she is concurrently fighting a slew of legal battles, ranging from cyber libel to tax- and foreign ownership-related cases, which could see her jailed for decades.

In September, WACC and the World Council of Churches and other partners organized a symposium on “Communication for Social Justice in a Digital Age,” publishing a manifesto as a result of discussions. The Nobel Prize-winning journalists exemplify the kinds of justice described in the manifesto:

“We need principles that allow all people to engage in transparent, informed, and democratic debate, where people have unfettered access to the information and knowledge essential to peaceful coexistence, empowerment, responsible civic engagement, and mutual accountability.”

Ressa has said she hopes the prize will provide a protective shield for her and other journalists in the Philippines against physical attacks and online threats. As reported in The Guardian, she said, “This ‘us against them’ was never the creation of the journalists, it was the creation of the people in power who wanted to use a type of leadership that divides society… I hope this allows journalists to do our jobs well without fear.”

It is also up to all of us, to enable and protect a society in which journalists can conduct their vital public service and in which all of us can engage in open, truthful and accountable public debate. This global call to defend journalism is a global call to us.