A hard ladder to climb: women and power in media industries
21220
post-template-default,single,single-post,postid-21220,single-format-standard,theme-bridge,bridge-core-3.0.1,woocommerce-no-js,qodef-qi--no-touch,qi-addons-for-elementor-1.5.6,qode-page-transition-enabled,ajax_fade,page_not_loaded,,qode-title-hidden,columns-4,qode-child-theme-ver-1.0.0,qode-theme-ver-29.2,qode-theme-bridge,qode_header_in_grid,qode-wpml-enabled,wpb-js-composer js-comp-ver-6.10.0,vc_responsive,elementor-default,elementor-kit-41156

23 Feb 2018 A hard ladder to climb: women and power in media industries 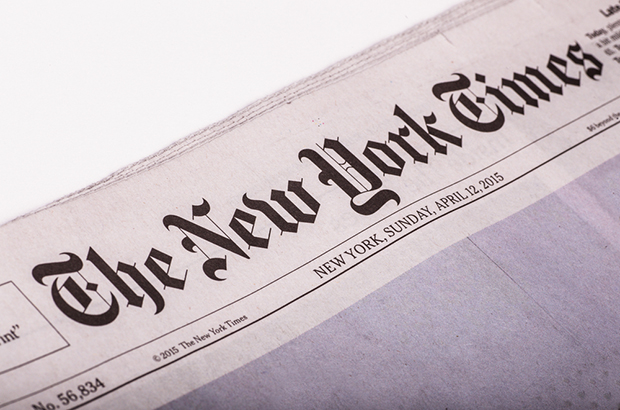 When Jill Abramson became the first woman editor at the New York Times in 2011, she broke a run of 160 years of male editors and when Katherine Viner did the same thing at the Guardian in 2015, she punctured an even longer reign of exclusively male editing history. Arguably one of the world’s most respected media institutions, the BBC has never appointed a woman Director-General since it began life under John Reith in 1922 and its publication of top earner salaries in summer 2017 revealed startling differences, in some cases as much as 300% between women and men doing the same job.

Media and journalism courses are dominated by women students – a trend which has been rising over the past two decades – who graduate and enter the industry in higher numbers than men. It seems odd, then, if we assume that women and men are equally competent when entering the industry, to find men advancing more quickly than women, earning a higher salary for work of equal value and routinely achieving very senior positions, leaving their female colleagues languishing in the less prestigious media jobs and rarely getting beyond junior management posts. How can we account for this phenomenon and the problem of gender in/equality which, we argue, lies at its heart?

The evidence
While we have had decades of research looking at the broader gender and media agenda, especially looking at issues of representation and consumption, there has been rather less research on working practices, careers and promotion within media industries themselves. One of the first efforts to document and analyse the specific issue of women and decision-making was commissioned by UNESCO and reported on as Women and Media Decision-making: The Invisible Barriers (1987).

In her introduction to the book, Margaret Gallagher (1987: 14) commented that “men’s attitudes, beliefs and even organizational procedures [showed a] surprising degree of consistency across the studies.” Successive studies over the following two decades showed more or less the same kinds of patterns (Gallagher, 1995: Robinson, 2005), finding that despite the numbers entering the industry, women advanced unevenly into decision-making roles compared to men, often doing better in larger organisations.

In 2011, the International Women’s Media Foundation published the findings from its study of women’s employment in news companies (conducted and managed by Carolyn Byerly) covering 59 nations and 522 organisations, finding that men held 75% of both top management and board positions: women’s presence was strongest in routine news gathering roles and weakest in technical roles (e.g. camera work, creative direction).

In 2013, the European Institute for Gender Equality published the findings from a study of all the (then) EU Member States plus Croatia (28 countries) into gender and decision-making in 99 large-scale European media houses. That study, conducted and managed by Karen Ross and Claudia Padovani, found that, of 3,376 senior posts they coded, 30% were held by women. When we looked a little closer, we found that 16% of CEOs were women as were 21% of Chief Operating Officers, demonstrating that although a proportion of women are in positions of authority, they are much less likely to be in positions of power.

These studies are important not only because of their findings but because of their comparative scope and geographical reach. National studies are often dismissed because of the specificity of the socio-cultural context but where cross-cultural studies show similar trends and patterns, they command more credibility for the suggestion that “something” is happening which is structural rather than situational and requires explaining. We suggest that there are any number of factors in play at any one time in any one media organisation, but the point is that while these factors are universal they exert more or less influence in different ways at different times.

Factors such as routine gender-based discrimination, workplace harassment, poorly implemented (sometimes non-existent) gender equality policies and informal promotion processes, serve to produce a working environment that does not support women or their career aspirations. While some studies have provided slightly more optimistic findings, the general trend shows little significant progress over time and even in studies where improvements have been noted, they have tended to occur in individual countries or individual media organisations (see Djerf-Pierre, 2007) or genres such as digital media (De-Miguel et. al., 2017). The most recent scholarship shows that progress for women into decision-making positions remains painfully slow, for all the reasons we have sketched out (Löfgren Nilsson and Örnebring 2016; North 2016; Melki and Mallat, 2017).

So far, we have looked at academic studies but other stakeholders have also been involved in exploring the issues which women face in developing their media careers, most notably professional associations such as the International Federation of Journalists, the European Women’s Lobby and various working groups of the European Commission and Council of Europe (see, for example, European Commission, 2010; EWL, 2010). These studies produce the same conclusions as the rest.

Importantly, the structural and cultural barriers which prevent women’s advancement into managerial and editorial positions also operate to prevent women’ occupation of boardroom seats. In the EIGE (2013) study mentioned above, the percentage of board members who were women was 27% but women occupied few (22%) deputy positions. In October 2012, European Commissioner Viviane Reding formally proposed that the European Parliament should enact legislation to accelerate the number of women in the boardrooms of public companies. The proposal aimed to achieve a 40% presence of the “under-represented” sex (for which we should read “women”) among non-executive directors of the top 5,000 publicly-listed companies by 2020, and by 2018 for publicly-funded organisations.

The proposal was more or less immediately rejected by her fellow Commissioners on the grounds that it contravened the Commission’s own regulations. The proposed legislation was subsequently reframed as an “objective” and thus has no prospect of achieving the change required.

Possible responses
A number of the studies discussed above have made recommendations and suggested actions which could be taken to address the long-standing problems, both structural and cultural, which impede women’s efforts to pursue their career aspirations and fulfil their potential. It really does not make sense at any level, ethical or business-wise, to deliberately under-utilise the talents of 50% of the media workforce, and one significant problem in working for change has been a lack of knowledge by media managers, about the scale of the issue and potential solutions.

a) Actions for media organisations

b) Actions for media unions and women-focused NGOs

1. Co-funded by the “Rights, Equality and Citizenship/Justice” programme of the European Union.

Djerf-Pierre Monika (2007) ‘The gender of journalism: the structure and logic of the field in the twentieth century.’ Nordicom Review, Jubilee Issue: 81-104.

European Institute for Gender Equality (2013) Review of the implementation of the Beijing Platform for Action in the EU Member States: Women and the Media – Advancing gender equality in decision-making in media organisations. Luxembourg: Office of the European Union.

Karen Ross is Professor of Media and Public Communication at the University of Liverpool. She has been working on and researching in the broad area of gender and media for the past 20 years, looking at issues of both representation and production. Much of that work has concerned the relationship between women, politics and media and she has published several books on this topic.