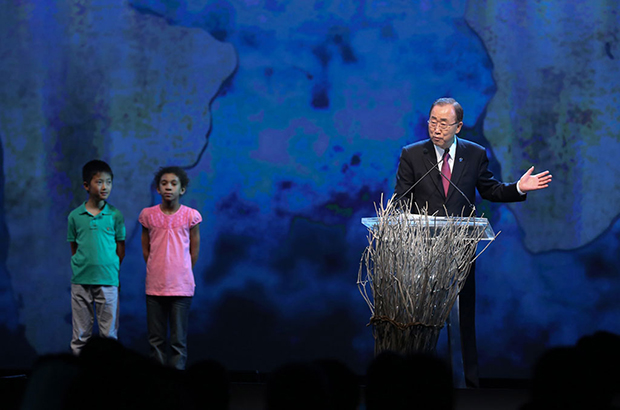 The members of ACT Alliance, which includes, said the World Humanitarian Summit (WHS) identified “key opportunities” for improving the delivery of aid to people in crisis, but “clear implementation strategies are now needed.”

The summit, which took place May 23-24 in Istanbul, was convened by U.N. Secretary-General Ban Ki-Moon. It was intended to produce commitments from multiple stakeholders toward actions that better meet the needs of millions of people affected by conflicts and disasters.

ACT Alliance had a strong delegation of attendees at the summit. The alliance is a coalition of more than 140 churches and affiliated organizations working together in 140 countries to create positive and sustainable change in the lives of poor and marginalized people.

ACT Alliance General Secretary John Nduna welcomed the many statements at the summit from member states, fellow NGOs and other stakeholders. During the summit, he echoed the commitments the alliance has made towards improved humanitarian response, particularly those related to increasing the involvement of local and national responders in crises.

“We are pleased that the WHS has seen such support and leadership, particularly around the Grand Bargain, which saw commitment to increasing funding to local and national responders as directly as possible, and a real understanding of the importance of cash-based systems in meeting people’s needs,” commented Nduna.

“Local and national responders are the parties that have the closest access to communities, and as ACT Alliance, we have also committed to significantly increasing the proportion of our members’ humanitarian funding that goes directly to local and national members and their partners, for both humanitarian response and emergency preparedness,” he added.

“The summit has highlighted the opportunities for collaboration among actors for a more effective humanitarian response, and now we as an international community must transform the discussions at this event beyond words into action, in the form of clear implementation and monitoring strategies,” said Nduna.

ACT Alliance, through its global membership, responds to about 25 emergency situations around the world each year from natural disasters to conflict-related crises.

In early April, Ban laid out some key components for the WHS and the process afterwards, saying that the WHS “must be the beginning of a new era of international solidarity to halt the terrible suffering of people affected by conflicts and disasters and who are depending on us.”

The U.N. said that the main follow-up process will begin in June at the U.N. Economic and Social Council’s (ECOSOC) Humanitarian Affairs Segment, followed by the U.N. General Assembly in September, where the Secretary General will present his final report. The U.N. said that it is envisioned that the true inter-governmental process related to commitments will follow from this.