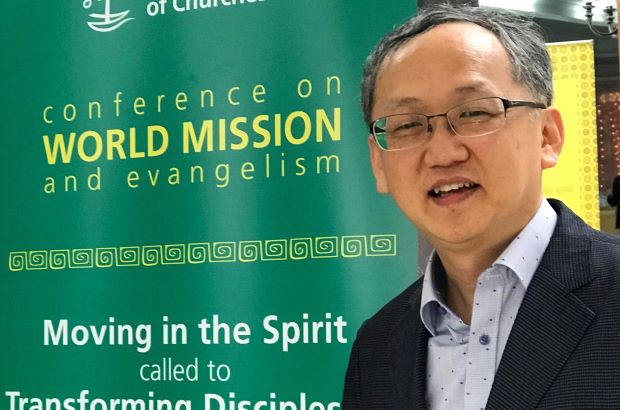 The right to communicate must apply not only to human beings, but all living beings, says the Rev. Dr. Young-cheol Cheon, who was named one of WACC’s 12 honorary life members in 2018.

“Communication is the essence of all living beings,” Cheon, who is an ordained pastor of the Presbyterian Church of Korea, says in an email interview. “The concept of communication needs to overcome human-centered ways of thinking.”

Cheon points to the Busan Communication Statement issued by WACC and the World Council of Churches (WCC) in 2012. The statement cites John’s Gospel (1:1, 1:3), “In the beginning was the Word, and the Word was with God…All things came into being through him,” and concludes that “without communication there would be no life,” and that “creation was, and is, an act of communication.”

The Busan statement underscores that “communication is the essence of life” and that it plays “a vital role in confronting threats to life.” It states that “all living beings consist of many cells that can only survive if there is communication between them,” and notes that “in the traditional Eastern worldview, as well as that of  many indigenous peoples, the universe is understood to be an integrated whole, an interdependent organism.”

Cheon explains why WACC’s vision of “Communication for All” must extend to all living creatures:  “When we try to communicate with all living beings, we can live together with them on earth.”

WACC continues to play an important role in raising communication issues in the global ecumenical movement, says Cheon. He notes that the Busan statement cites the vital role that communication plays in “confronting threats to all living beings” and in affirming life by “promoting truth-telling, fairness, participation, dialogue, openness and inclusion.”

He says the biggest challenges facing communication rights remain the same as those stated in the Busan statement: “Communication that threatens life is characterized by censorship, misinformation, hate speech, lies, and exclusion.” Cheon has been involved with WACC activities at the local, regional and global level since 1996. He served as a WACC officer and treasurer from 2003-2011.

He received a PhD in Media, Religion and Culture at the Vrje Universiteit Amsterdam, Netherlands, in 2011. He was the director of communication and public relations of the Korean Host Committee for the WCC 10th Assembly (2011-2014).  Since 2015 he has been a Visiting Professor of Christian Communication at the Presbyterian University & Theological Seminary in Seoul, South Korea. Currently, he is the General Secretary of Korean Diakonia.

Photo above: The Rev. Dr. Young-cheol Cheon is an ordained pastor of the Presbyterian Church of Korea.