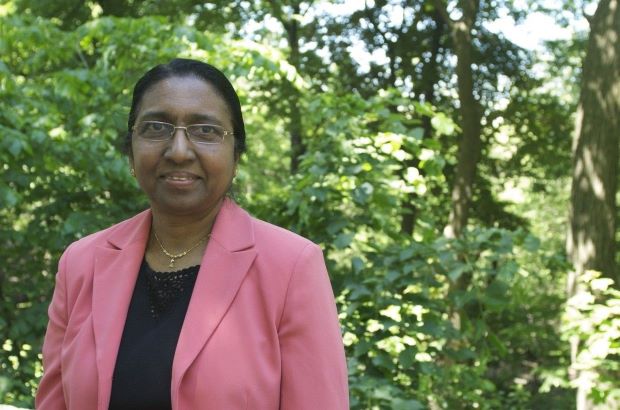 30 May 2019 ‘An inspirational story of grassroots volunteers’

The #MeToo movement has “brought to light some of the gender violence directed against women,” and Glory Dharmaraj wonders whether this would have an effect on the Global Media Monitoring Project (GMMP) in 2020.

Dharmaraj, who is the U.S. GMMP coordinator and president of WACC North America, notes that “the last GMMP results in 2015 still highlights the gender disparity” between men and women in the news media.

The 2015 GMMP showed no progress from the previous GMMP in 2010 – women still made up only 24% of persons heard, read about or seen in newspaper, television and radio news.

Every five years since 1995, GMMP’s pioneering research has measured the pulse of selected indicators of gender in the news media and studied women’s presence in relation to men, gender bias and stereotyping in news media content.

It is the largest grassroots advocacy initiative in the world aimed at changing the way women are represented in the media. GMMP research is made possible, in large part, by a global network of volunteers, including academics, journalists and civil society activists.

Dharmaraj became part of the GMMP since its inception, when she represented the United Methodist Women, a faith-based agency committed to gender equity, at the Women Empowering Communication Conference in Bangkok in 1994. It was at that WACC-sponsored conference that the idea for GMMP was born. “The concept of worldwide monitoring of women’s images and representation in media…was groundbreaking,” she recalls. “The GMMP offered a way to connect with women regionally and globally in their common search and struggle for gender equity.”

On a personal level, Dharmaraj says being involved with the GMMP has been akin to “experiencing an ‘origin’ story firsthand, growing with [it], living into its historicity, as it is entering its fourth decade of incremental influence.”

It is, she adds, “an inspirational story of grassroots volunteers as well as academic scholars forging gender justice.”

Like the other volunteers, Dharmaraj cites the GMMP as a valuable tool for gender advocacy efforts, “making visible the agency of women as news subjects and mainstreaming women’s perspectives in news coverage.”

An author and co-author of many books on theology, Dharmaraj has also addressed national and international level conferences on gender and media, Christian mission and postmodernity, interfaith and public theology.

Photo above: GMMP and its concept of global monitoring of women’s images and representation in the news media was “groundbreaking,” says Glory Dharmaraj, U.S. GMMP coordinator and WACC North America president.