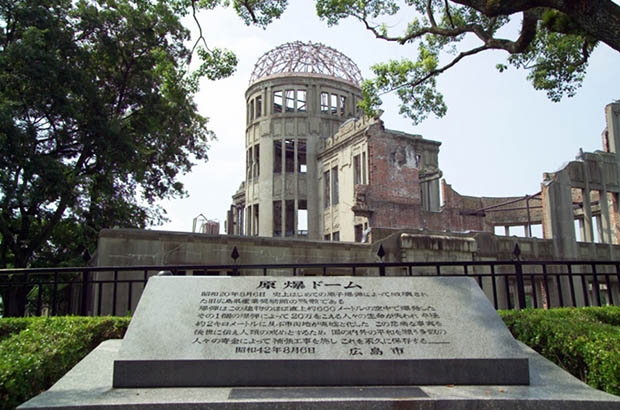 Hiroshima Peace Memorial, Japan, commemorates the people who were killed in the atomic bombing of Hiroshima on August 6 1945. Photo: Wikipedia.

People around the world are challenging the legacy of the past, writes legal scholar Eric Tweel in the latest issue of Media Development.

“Living memory is bursting through the cracks of the disintegrating neoliberal order and demanding to be heard. Alternative political visions are pushing their way into mainstream discourse and practice; at their core is a refusal to accept the standard narrative about how we got into the mess we’re in,” Tweel says.

The political, economic and cultural struggles that are taking place throughout the world are being fought on the battleground of memory, according to Tweel.

“A catalyst of this challenge to established historical narratives is the proliferation of non-Western media networks with global aspirations. Among the most high-profile networks of these ‘new global media’ are Qatar’s Al Jazeera, Russia’s RT, Iran’s PressTV and Venezuela’s Telesur, all of which launched their English-language networks within the last decade. They represent a shift in the balance of global media that parallels a broader geopolitical transition from a unipolar, U.S.-dominated world to a multipolar world,” Tweel writes.

He cites differences in world media coverage of U.S. President Barack Obama’s May, 2016 visit to Hiroshima to mark the deployment of the atomic bomb on August 6, 1945 during World War II.

The New York Times, The Economist and Canada’s Globe and Mail covered the visit uncritically, Tweel notes. “Mainstream Western media networks have a history of attempting to downplay the war crimes committed by the U.S. and its imperialist allies. They do this so that the memory of the average citizen can be aligned with the current interests of the ruling elite,” says Tweel.

However, the new generation of global non-Western media networks presented much less complacent perspectives on Obama’s visit to Hiroshima, he writes. Telesur covered protests against Obama’s visit. John Wight wrote in RT International of a “cynical attempt by the president to deflect the guilt which the U.S. and U.S. alone carries for this crime.”

On Al Jazeera, filmmaker Yujiro Taniyama said that “the bombing of Hiroshima was unnecessary and it is morally indefensible.” These alternative accounts of Obama’s visit were written and broadcast in English and directed to Western audiences.

To read Tweel’s critique of non-Western media, whose “coverage of events involving their own state backers are noticeably skewed,” subscribe here to Media Development.