Posted at 14:05h in WACC Pacific by wacc_kn 0 Comments 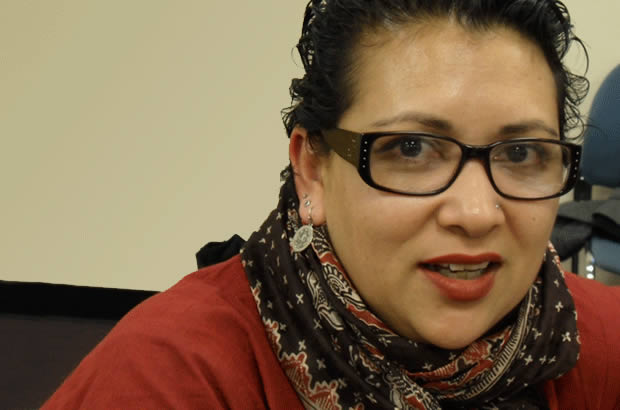 Sharon Bhagwan Rolls, executive director of FemLINKPACIFIC in Fiji, Vice-Chairperson of WACC Pacific and a WACC project partner, has been awarded the 2014 Women of Distinction Award from the NGO-Committee on the Status of Women (CSW)/ New York.

The NGO-CSW is a committee of the Conference of NGOs, in consultative relationship with the United Nations. Bhagwan Rolls is also an International Ambassador for WACC’s Global Media Monitoring Program (GMMP), which monitors gender representation in global media every five years.

“The purpose of this award is to recognize a woman of distinction who is an inspiration to the world and who has shown leadership in the struggle for gender equality and women’s empowerment. We believe that your work with women’s grass roots organizations and communications related to women’s empowerment has been outstanding,” according to the citation letter announcing the award.

Bhagwan Rolls will receive her award on March 11 in New York and is scheduled to be one of the keynote speakers on NGO Consultation Day on March 9.

She commented, “I am humbled to be selected for this award especially when one’s work for peace and justice is not about awards or recognition but action and service so that others can claim their rights to peace, security and equitable development. I think this is a valuable opportunity to share the realities and experiences of Pacific Island women and explain the multi-directional approach of FemLINKPACIFIC in order to highlight the reality that many women still are unable to claim their right to communication. This is not just about accessing the most appropriate or accessible technology but also the need to challenge and transform the spaces of communication whether it is on the mat or at the policy table.”

Bhagwan Rolls added, “this award is also an acknowledgment and tribute to the women who mentored and paved the way for our activism, the women who have embraced our community media approach and the young women who inspire me with their innovation and ideas. Our focus has been to promote and enable women to claim their communication rights whether it is within decision making foras in her community or on the airwaves as well as public media. This means we are also addressing the gender gaps within the media by creating content which features women from within their communities communicating for themselves what their development, human rights and equality priorities are — this is about their peace and security.”

FemLINKPACIFIC’s work has enabled women in all their diversities to be heard in their local communities on FemTALK 89FM broadcasts, interactive dialogue with government officials, on television shows and current affairs programmes. We are contributing to localizing women’s human rights commitments including UNSCR1325 and holding the government machinery accountable by making women visible.”

According to the letter, this year’s priority theme is “Challenges and achievements in the implementation of the Millennium Development Goals for women and girls,” which is “a topic that is important to women in the Pacific region.” The review theme is related to education, science and technology and IT.

FemLINKPACIFIC acts at local, national and regional level in Fiji and the Pacific, giving voices to women across the region through a rural and regional media and policy network.

FemLINKPACIFIC’s mission is to create enabling environments for rural women, young women and women with disabilities. It advocates for the implementation of UNSCR1325, communication rights and community media and women, peace and human security concerns.

It operates a women-led community radio network “FemTALK 89FM” and promotes change by developing appropriate media and communication materials, advocating for policy changes that reflect women’s reality at all levels and enhancing a community of practice and networks.