Posted at 20:21h in Media Development by wacc_kn 0 Comments 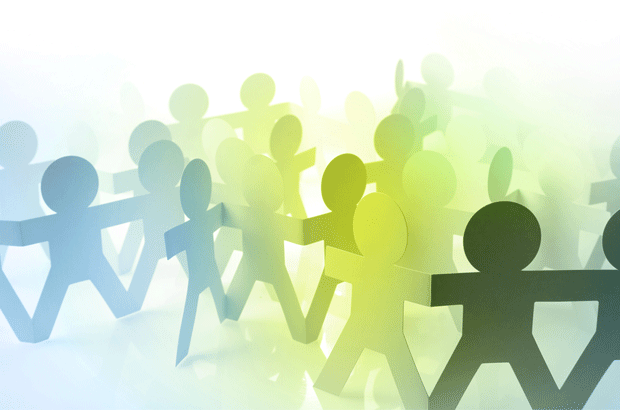 The following speech was given at the 18th European Television Festival for Religious Programmes, co-organised by independent members of the Dutch Public Broadcaster NPO. Henk Hagoort is NPO chairman.

I will explain the unique character of the Dutch Public Broadcaster later, but for a country born in the 17th century from the struggle between Protestants and Roman Catholics it is very striking, to say the least, that festival participants are being greeted by the Protestant IKON, the Roman Catholic RKK and the Evangelical EO. And tomorrow evening, the NCRV-KRO is hosting a reception. NCRV-KRO was recently created by the merger of two Protestant and Roman Catholic broadcasters which brings the 400-year-long Dutch religious dissent to an end once and for all!

You have chosen the theme: “How can religious broadcasters help to build bridges of understanding in our pluralist society?” It is an extremely topical question which I would like to discuss in brief.

In 2000, Robert David Putnam, the well-known political scientist of Harvard University, published his renowned book Bowling Alone: The Collapse and Revival of American Community. The book opens by concluding that classic clubs (such as the American bowling club), that traditionally created social cohesion, are disappearing. People no longer join clubs in order to bowl – they play individually. Bowling Alone.

In his book, Putnam distinguishes between two types of social capital. Bonding capital and bridging capital. Bonding capital occurs when you set out to meet people with the same background or similar interests: the same age, same hobby (the bowling club), similar religion, etc. The value of such clubs or communities lies in their ability to give people something to belong to; a sense of connection. Churches and religious communities are excellent examples of “bonding capital”. They provide identity and nurture people’s self-confidence and their confidence in society.

Putnam is concerned by the dwindling of bonding capital in America. Others point out that the bowling club has been replaced by groups of friends on Facebook, and argue that new types of bonding capital are emerging. However, the fact remains that, in our society, there is a growing number of people who do not feel connected, and refer to themselves as lonely. They lack “bonding”.

Since 2000 (the date Putnam’s book was published), the number of Amsterdam residents who describe themselves as extremely lonely has almost tripled. 11% of all adults feel isolated. This equates to 65,000 people living in Amsterdam. Once again it underlines the importance of bonding capital and communities in a society.

On the other hand, building a peaceful society requires more than bonding. It calls for bridging capital, too. Bridging capital arises when people from different backgrounds and groups meet. Bridging allows different groups to share and exchange information. Bridging gives people a chance to gain new insights and learn from each other. And it builds consensus among all kind of groups and communities representing different interests or backgrounds.

Churches and religious communities are traditionally better at bonding than bridging. Bridging capital has become a rare commodity in our western, individualised society. Confidence in the traditional institutions (political parties, trade unions, etc.) is decreasing. Involvement in the European Union – this century’s most ambitious bridging project for a peaceful Europe – is waning. Apart from music or sports (such as the World Cup over the next few weeks) there is little that connects different groups in our society.

Seeing diversity in the media

A strong public broadcaster (the Dutch public broadcaster reaches 85% of Dutch citizens every week) is vital bridging capital in our society. The people you don’t meet at work, at church, or in your neighbourhood, you see and hear in the media. Groups learn about, and from, each other through radio and television.

By making society’s diversity transparent, public media give people an opportunity to get to know each other and help to eradicate prejudices. But this is only possible on condition that the public broadcaster represents, and reaches, all groups of the population.

A public broadcaster that only makes programmes for the happy few and restricts its content to culture and news cannot build bridges in society. A marginalised public broadcaster becomes the property of the highly-educated cultural elite and by doing so loses its value for society as a whole. It loses its bridging capital.

These independent broadcasters are associations of members affiliated on the basis of shared convictions, shared religion or shared interests. They  are a prime example of bonding capital. The NPO brings together programmes made from these different perspectives on its general channels, providing the bridging capital. A perfect illustration of bonding and bridging.

The first question is: which bridges need to be built in the 21st century? What are the dividing lines in our society? Which dividing lines are responsible for fostering lack of understanding, prejudices, exclusion and a lack of social cohesion? We all realise that the traditional dividing lines between religions or world views are no longer the biggest factor.

The Netherlands may have arisen in the 17th century, springing from the struggle between Protestants and Roman Catholics, but in our secularised society other dividing lines now play a bigger role. A current and much-debated topic is the dividing line between immigrants and long-standing citizens. I also see this reflected in the programming of this festival.

The focus on Islam as a religion is often closely linked with the theme of immigration and integration. And rightly so: the programme made by the Norwegian public broadcaster about the pilgrimage to Mecca of two Muslims from Oslo can deepen the knowledge and understanding of people you may not come into contact with in your own street or workplace. This is how bridges of understanding are built, and prejudices prevented. The theme of world poverty is another issue I see in many programmes of the festival, which is understandable from the perspective of a religious broadcaster.

However, are these really the themes that threaten to divide our western society in the 21st century, or do they reflect the concerns of the 20th century? Tonight, I will challenge you to focus on another dividing line that worries me, the widening gap between higher and lower educated people in our western society.

A study that appeared last week clearly indicated that inequality is on the rise in the Netherlands, due to two main factors. Firstly, globalisation and digitalisation. Those who are highly educated derive greater benefit from technological advances and globalisation than the lesser educated. In short: the highly educated use computers while those with a lower education are replaced by computers.

The second cause is the lack of social mobility. The upward mobility of 20th century emancipation has taken shape. Highly educated women marry highly educated men, have highly educated children who grow up to find highly educated friends and partners. The consequence is growing differences in earning power and more inequality. On the one hand, I am extremely concerned that our western society will be split between large groups that pay the price for all our progress and lose faith in society, feeling meaningless, and the groups that enjoy the fruits of all that progress on the other hand.

This scenario carries the risk that these two groups rarely meet each other in their daily life and society is disrupted. Visible signs of this can be found in the rise of populist parties in Western Europe and mounting intolerance between the groups.

My question to you, as religious programme makers, is: What kind of bridging capital can you crate and deliver to build bridges between the higher and lower educated, between groups in our western society that benefit from developments and live a meaningful life and those that fall behind feeling meaningless? What can your religious perspective bring to this issue?

According to the early Latin church father Lactantius, the word “religio” derives from the Latin re-ligare, which means: to bind that which has been separated. Apart from the question whether this is the correct etymology of religion (probably not), Lactantius did manage to capture the mission of religious programming: to join that which is disjoined. Your mission must be to unite the divisive forces in our society.

Finally, if religious programmes help to build bridges between groups in society, those programmes naturally belong on public broadcasting channels.

The European Television Festival of Religious Programmes ook place in Hilversum, The Netherlands, 11-14 June 2014 on the theme “Behind the front door or in plain sight: religion in a pluralist society.”

Henk Hagoort is Chair of the Board of NPO, the umbrella organisation of Dutch Public Broadcasting.