Burma through the eyes of Reporters Without Borders
20674
post-template-default,single,single-post,postid-20674,single-format-standard,theme-bridge,bridge-core-3.0.1,woocommerce-no-js,qodef-qi--no-touch,qi-addons-for-elementor-1.5.6,qode-page-transition-enabled,ajax_fade,page_not_loaded,,qode-title-hidden,columns-4,qode-child-theme-ver-1.0.0,qode-theme-ver-29.2,qode-theme-bridge,qode_header_in_grid,qode-wpml-enabled,wpb-js-composer js-comp-ver-6.10.0,vc_responsive,elementor-default,elementor-kit-41156

23 Feb 2015 Burma through the eyes of Reporters Without Borders

For 25 years, the international NGO Reporters Without Borders that monitors attacks on freedom of information worldwide was banned from visiting Burma. Inside the country, all freely-reported news and information was forbidden and the country’s leading journalists were detained in its 43 jails. For years, the military regime would suspend publications for trivial reasons and the repression spared no one involved in news production, not even printers, some of whom were sentenced to seven years in prison for printing poems with democratic messages. 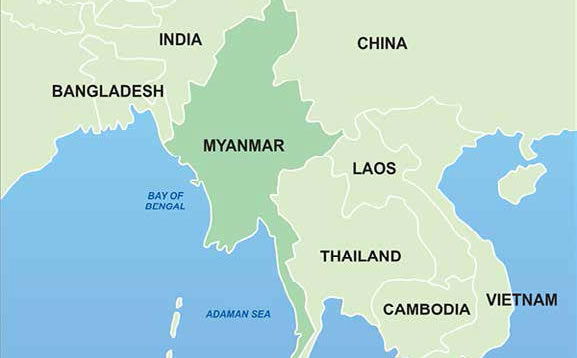 After being removed from the blacklist at the end of August 2012, at the same time as Aung San Suu Kyi’s children and former US secretary of state Madeleine Albright, Reporters Without Borders was finally able to visit Burma for the first time and meet all the generations of journalists it had supported from a distance, including the Burmese journalist, politician and political prisoner Win Tin, who spent 19 years in prison and who died on 21 April 2014, as well as those who had been on Democratic Voice of Burma’s list of imprisoned “VJs ” (video-journalists).

In its report Burmese Media Spring (December 2012), Reporters Without Borders said it was able to see the initial results of measures designed to loosen the government’s grip on the media. But the way forward for the media was still far from clear at this early stage of the government’s reforms.

• Strongly affirm its commitment to freedom of information and demonstrate this in a concrete way by beginning to dismantle the information ministry, which has no place in Burma’s new democratic environment.

• Severely punish anyone who is responsible for freedom of information violations.

• Curb lawsuits against the media by ministry officials and civil servants.

• Support the repeal of repressive laws and the adoption of a media law that respects freedom of information.

• Allow all journalists including freelancers to have access to state institutions in order to ensure that all government activity is fully transparent.

• Announce that the state media will be completely overhauled in the near future.

• Create a proper, recognized university course in journalism and, as soon as it is created, ensure that it is made available in all of the country’s major cities.

The Assembly of the Union of Myanmar

• Repeal repressive media laws as soon as possible, above all the Electronic Transaction Law and the 1962 Printers and Publishers Law.

• Draft a law for the print media that respects international standards and guarantees real protection for journalists.

• Ensure that that the print media law addresses issues linked to the publication and circulation of news and information on the Internet.

• Quickly draft laws for the other kinds of media.

• Draw up a code of conduct for journalists, taking care to consult journalists during the drafting

• Continue its aid to Burma but condition it on respect for fundamental freedoms, especially freedom of information.

• Ensure that assistance provided to the media does not allow the authorities to implement repressive policies.

• Condition the lifting of additional sanctions on a positive and significant improvement in freedom of information.

• Support the development of the Burmese media and the training of journalists.

• Continue to participate in journalists’ associations and unions in order to revitalize the media and defend the media’s interests.

• Observe the rules of professional ethics and conduct and resist pressure to censor themselves.

• Continue to show each other solidarity during the transition, in which the disappearance of media will not in any way benefit the remaining media.

• Ensure that staff receive training that is adapted to the new media environment.

• Prioritize coverage of the country’s most isolated regions and not ignore the situation of the various ethnic groups.

• Continue to be objective and responsible in their work.

The full report is available here.