Can migrants make themselves heard in the age of national populism?
21680
post-template-default,single,single-post,postid-21680,single-format-standard,theme-bridge,bridge-core-3.0.1,woocommerce-no-js,qodef-qi--no-touch,qi-addons-for-elementor-1.5.6,qode-page-transition-enabled,ajax_fade,page_not_loaded,,qode-title-hidden,columns-4,qode-child-theme-ver-1.0.0,qode-theme-ver-29.2,qode-theme-bridge,qode_header_in_grid,qode-wpml-enabled,wpb-js-composer js-comp-ver-6.10.0,vc_responsive,elementor-default,elementor-kit-41156 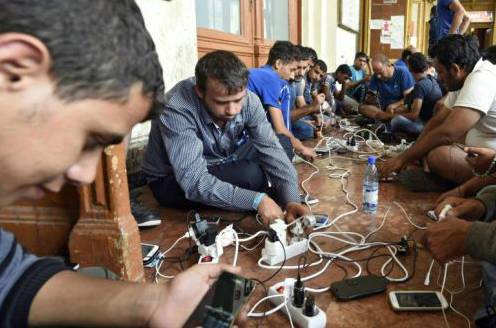 01 Apr 2019 Can migrants make themselves heard in the age of national populism?

Rates of forced migration are the highest they have been in decades. In 2016, approximately 40 million people became internally displaced persons (IDPs) and 22.5 million became refugees, the highest figures on record. These are staggering numbers.

As migration and displacement have increased, so has media coverage, not all positive. Media reports have led to increased anxiety and hostility among nationalist and populist politicians as well as other domestic and international actors. In some cases, national populist political forces are scapegoating migrants for their countries’ problems, and policies promising to curb migration are widely popular in places such as the United States, Italy, Hungary, Austria, and Brazil.

In this changing context, the ability of migrants and refugees to make themselves heard in their host societies and contribute to the public discourse on migration is severely curtailed by linguistic, cultural, economic, and political factors, which in turn further impoverishes public debate. In most cases, migrants have next to no avenues to contribute to the public conversation on migration, despite being at the centre of it.

Now more than ever, migrants’ rights and communication rights advocates should work together to advance a rights-based approach to migration. In practice, this means:

What do you think? How can we work together to protect the communication rights of migrants in an age of growing national populism?

Photo above: Migrants charging their mobile phones at Keleti railway station in Budapest in 2015.
By Herbert P Oczeret/EPA