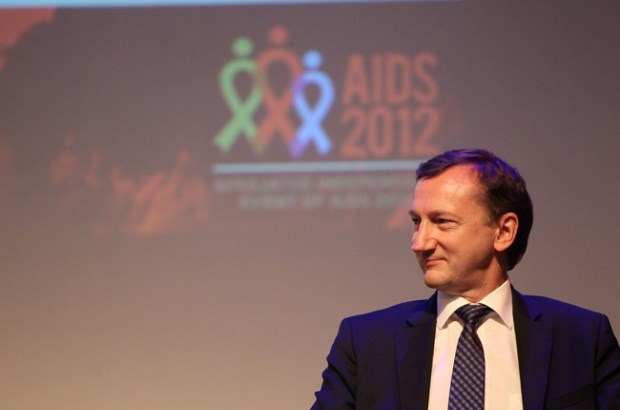 Peter Prove is stepping down as executive director of the Ecumenical Advocacy Alliance (EAA) on 30 April 2014, after leading the global Christian alliance for advocacy and policy engagement for the past four years, according to an EAA news release.

Sara Speicher has been appointed by the EAA board of directors as interim executive director, effective 1 May.

Prove will take up the position of director of the commission of the churches on international affairs for the World Council of Churches (WCC). Both the EAA and WCC are based in Geneva.

Prove has advised WACC on matters related to communication and HIV and AIDS. Speicher is currently on the Steering Committee of WACC Europe and a consultant for WACC-UK’s Nigeria project on HIV and AIDS, Communication and Stigma. WACC congratulates both Prove and Speicher in their important new roles.

The Rev. Richard Fee, General Secretary of the Presbyterian Church in Canada and EAA board chair, said that “since becoming executive director in 2010, Peter has brought his keen intellectual mind, his diligent work ethic, his dedication to human rights and policy development and a willing personality to reach out to all who wished to work together on the vital issues of our day.”

In 2010, the EAA was a newly independent association under Swiss law, and with Prove’s leadership has grown to 85 member churches and Christian organizations representing a unique and diverse global constituency from the Roman Catholic, historic Protestant, Evangelical and Orthodox traditions.

Prior to serving EAA, Prove was assistant to the general secretary for international affairs and human rights at the Lutheran World Federation in Geneva. Before moving to Geneva, he spent 11 years in private legal practice in Brisbane, Australia.

“Peter Prove brought so many strengths to the position of executive director,” said Fee. “His leadership, writing and oratorical skills combined with his networking acumen benefitted the EAA through four dynamic and eventful years. The Board of the EAA wishes him well in his new role.”

Speicher joined EAA in 2004 as a communications consultant from her U.K.-based company, Communication Point Ltd. Prior to that, she worked for the World Council of Churches from 1997-2003, first in the department for international affairs and then in communication, ultimately serving as coordinator of the public information team.

She holds two master’s degrees with distinction, one in marketing for non-profit organizations from DePaul University in Chicago and one in religion from Lancaster University in the U.K. Originally from the United States, she holds dual U.S. and British citizenship and resides in the U.K. with her husband and son.

“I have seen the EAA move through a number of structural and leadership transitions but these have never detracted from the commitment of the alliance’s diverse members to witness together through their common faith for justice, peace and a sustainable world,” stated Speicher.

“With the board and the rest of the staff of EAA, we look forward to reshaping this vital instrument to strengthen its coordination of global Christian advocacy on HIV and AIDS and on food security even in challenging economic times,” she said.

The Ecumenical Advocacy Alliance, founded in 2000, is an international network of 85 member churches and church-related organizations from Roman Catholic, Protestant, Evangelical and Orthodox traditions, which are committed to joint action on issues of common global concern. Current campaign issues, mandated in its 2013 General Assembly for 2014-2017, are HIV and AIDS, and food justice and sustainability. The EAA holds United Nations consultative status.