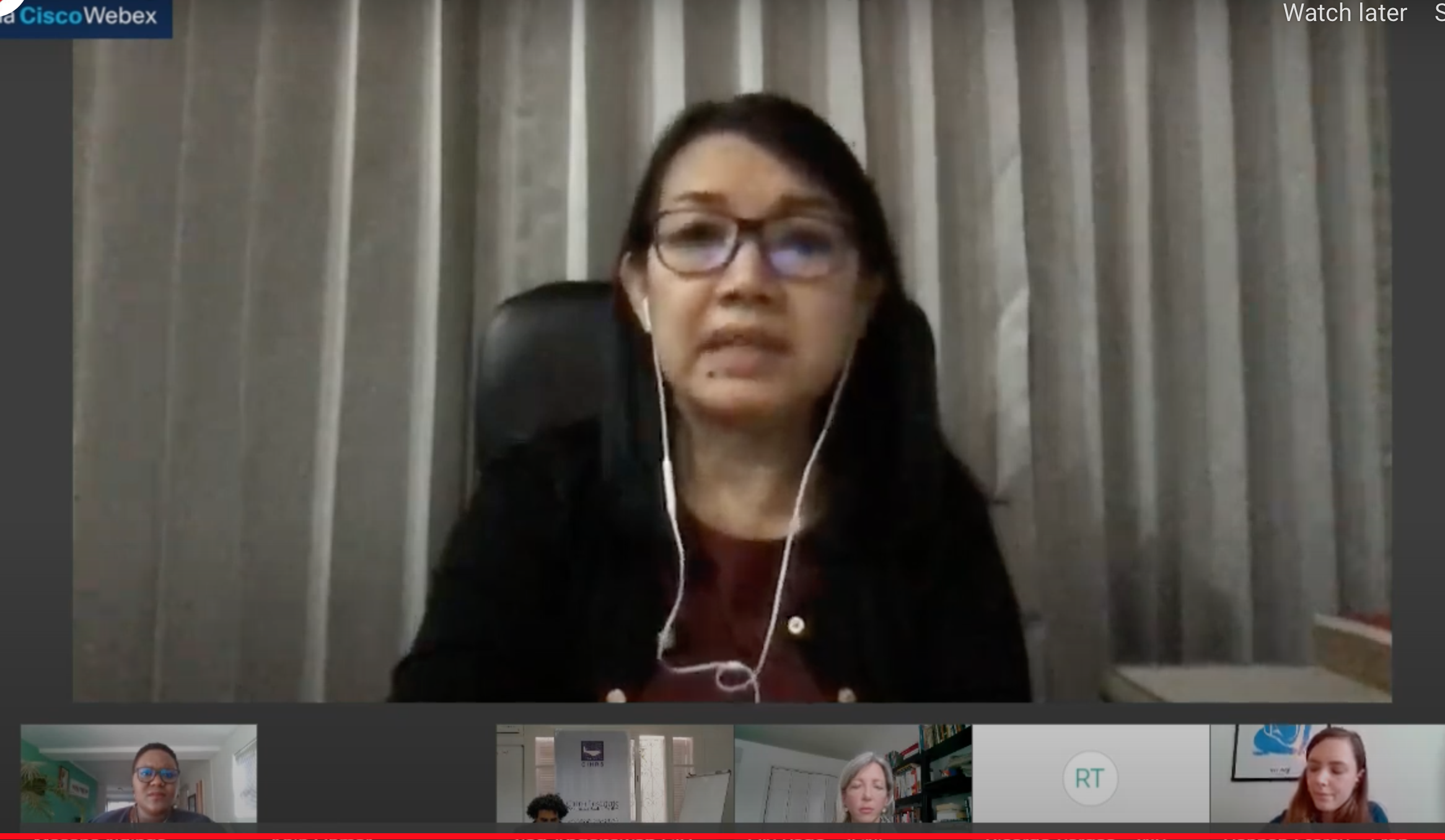 Civil society groups urged the World Bank on March 23 to exercise due diligence in supporting Covid-19 responses, citing how some governments have been using the pandemic as a pretext to restrict civic space and silence independent watchdogs.

More than 160 countries have imposed more than 400 new measures
to deal with the Covid-19 pandemic, which have “constrained space for civic engagement,” said Elly Page, legal advisor with the International Center for Not-for-profit Law (ICNL), during a Civil Society Policy Forum, Closing Civic Space: Facing the risk for World Bank-supported Covid-19 responses head-on. The forum was sponsored by 33 civil society and not-for-profit organizations including WACC Global.

The World Bank needs to adopt a “preventative approach” by having a meaningful engagement with human rights defenders, adopting a contextual risk analysis of countries they engage with, and involving civil society “from the very beginning, not just after signing” development agreements with governments, said Hannah Storey, Business & Development Finance Researcher at Front Line Defenders.

Khin Ohmar, founder and chair of Progressive Voice, Myanmar, echoed the view, saying that the World Bank “has to step up to bring stakeholders” into any discussion of support, especially after last month’s military coup in Myanmar.

“The World Bank must work with stakeholders, with those who engage with people, not the junta,” she said.

Ziad Abdeitawab, deputy director, Cairo Institute for Human Rights, said at the very least, the World Bank could use transparency reforms, especially as they relate to the judiciary and freedom of the press, as a conditionality. “If it’s serious,” he added, the World Bank can take the UN approach of having an undersecretary general for reprisal, to receive complaints.

Abdeitawab noted that while the World Bank has invested $1.2 billion for Covid response in the Middle East and North Africa region, “it doesn’t even explain why they’re spending that number.” In the absence of academic freedom and press freedom, the World Bank would only rely on data from the state, which is not necessarily reliable, he said.
Abdeitawab added that World Bank responses need to have civilian oversights and must be open to the media “to allow for a shared view of what’s happening on the ground.”

The pandemic has also been used as a pretext to stifle protest movements, she said citing that 140 of the new measures imposed by some governments worldwide deal with curtailing freedom of assembly. There are “sweeping blanket bans” on demonstrations and protests with no expiration dates in Algeria, Eritrea and Mexico, she said.
Nearly 60 countries have adopted new tracking measures, which raises the potential abuse of surveillance, said Page, adding that in some cases it’s not clear whether these are temporary or only for Covid emergency.

These new laws and regulations have “serious implications for democracy and the rule of law,” said Page. They can create conditions for abuse, expands the powers of the executive branch of government which undermines checks and balances, and some have no sunset clause with regards to expiry dates, accountability or safeguards, she added.

Abdeitawab noted that in the Middle East and North African region authoritarian states have viewed Covid “as an opportunity rather than a threat,” imposing new laws that repress civil society and public freedoms under the guise of protecting public health. “They are mimicking [China’s) example of using laws to force medical professionals and activists not to speak about the state’s inability to deal with the pandemic,” he said. In Morocco and Egypt, “no one can speak about the delay in medical protocols… it’s taboo.”

Msana Ndinga, Crisis Response Fund Lead at CIVICUS, underscored the importance of including civil society in determining Covid-19 relief efforts, noting how they are often the first responders to human rights and humanitarian crises. The pandemic showed how they have not only offered “stories of hope and innovation,” but have been “stepping up to meet the gap,” said Ndinga.

Screenshot above: Khin Ohmar, founder and chair of Progressive Voice, Myanmar, says the World Bank “must work with stakeholders, with those who engage with people, not the junta.”