Defining the borders of legitimate and illegitimate discourse
20798
post-template-default,single,single-post,postid-20798,single-format-standard,theme-bridge,bridge-core-3.0.1,woocommerce-no-js,qodef-qi--no-touch,qi-addons-for-elementor-1.5.6,qode-page-transition-enabled,ajax_fade,page_not_loaded,,qode-title-hidden,columns-4,qode-child-theme-ver-1.0.0,qode-theme-ver-29.2,qode-theme-bridge,qode_header_in_grid,qode-wpml-enabled,wpb-js-composer js-comp-ver-6.10.0,vc_responsive,elementor-default,elementor-kit-41156

11 Nov 2015 Defining the borders of legitimate and illegitimate discourse 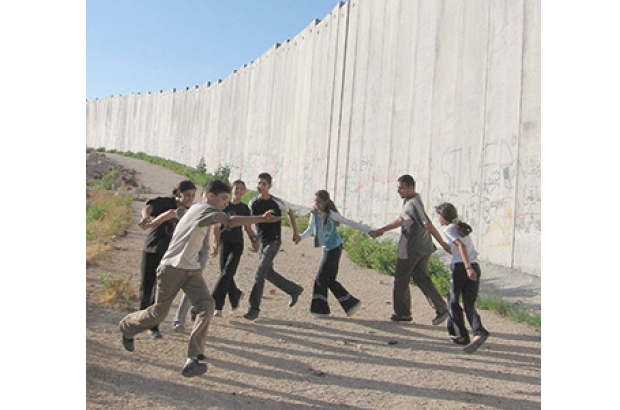 When criticizing Israeli policies, one is often reminded that “Israel is the only democracy in the Middle East”. There are many who argue about that definition of a democracy in the light of Israel’s control of millions of Palestinians under military law in the Occupied Palestinian Territories, with no right to vote for the government that effectively controls them. However, the following article focuses on the more democratic sides of Israel that this statement is based on – the way Israel treats its Jewish citizens (as opposed to the Palestinians).

As an activist protesting government policies,  I must be aware of my rather wide operating field. As opposed to Palestinian activists (both in the West Bank and inside Israel), Israeli-Jewish activists have very rarely been imprisoned for longer than a few days, and those who spent more than six months in prisons for different forms of protest, can probably be counted on two hands.

Inside the borders of Israel, Jewish-Israeli protestors being severely injured from police brutality is also a very rare occurrence. Not that police do not use any violence against protesting Jewish-Israeli activists: batons, stun grenades, water cannons, paper spray and at times tear gas have all been used, some more regularly than others. And yet, relatively, we must admit the rather high level of freedom of expression that we are able to take advantage of.

In the summer of 2014, during the Israeli attack on Gaza that resulted in the killing of more than 2,200 Palestinians, over 500 of them children, the ever-shrinking Israeli left organized protests that received police permission, and at times included police protection for the protestors, responding to the violent attacks of right-wing Israelis against the protestors. Israeli non-profits criticizing Israeli policies are still recognized and receive the same tax exemptions other non-profits do.

In addition, international organizations that call for a boycott of products made in Israeli settlements on occupied Palestinian lands, still receive working visas and operating permission from the Israeli authorities that are well aware of their work. All of these are of course basic rights of civil society, and I do not mean to say we should be grateful to the state for these – they are our rights, not privileges – and yet, it’s important to recognize that to an extent, they are preserved.

In recent years we have seen a growing crack-down on this provision of the right to freedom of expression. To name some of the developments in the past few years: The law cutting funding from institutions that will commemorate the Nakba,1 the NGO bill that aims to tax left-leaning non-profits up to 40% on donations from foreign state entities, the anti-boycott law that will allow civil suits to be brought against those who call for a boycott of Israeli and settlement products, and the public demand from European governments to stop funding certain Israeli non-profits due to their political positions criticizing the Israeli occupation.

In most cases, these initiatives start with the presenting of an extremely undemocratic bill that will severely hurt the human rights community in Israel, either by criminalizing it or more commonly by cutting its sources of funding. The different democratic mechanisms then go into play: the legal advisor for the government protests against bills that are rephrased, the opposition and some more moderate members of government warn that this bill is a slippery slope and dangerous to Israeli democracy, and eventually the Israeli supreme court, if needed, removes a few of the more problematic components of the bill. And so the final product is a law with very little consequences on the human rights community or at all, and Israel once again gets to show how democratic it is. But these bills have a much wider affect than the legal one.

If we take the Anti-Boycott law as an example, the law was first submitted as a law to criminalize those calling for a boycott against Israel, and very shortly became a tort law to allow anyone, whether they were or were not affected by a boycott, to sue those calling for such a boycott. This was modified to allow only those affected by the boycott to sue, and finally the Supreme Court also introduced the need to prove damages in order to sue, and recommended a very strict application of the law.

But these specifics of the law – the need to prove that the individual sued caused financial damage and that the link between the call for boycott and the damage has to be direct – all of these do not come across headlines. What does come across is the popular name of the law: the boycott law. What comes across are politicians saying that it is now illegal to call for a boycott. What comes across is the clear message from Israeli parliamentarians that boycotting should be illegal – that some political stand points are not legitimate. What comes across is what the Supreme Court judges wrote in their verdict and was quoted in the headlines of popular media: “Freedom of expression is not absolute”.

The same process happened with what is called the “NGO bill” which started by forbidding foreign state funding for human rights organizations in Israel, was modified to increase taxation and to include a far more narrow definition of NGOs that would be affected: only those calling for armed resistance against Israel, the extermination of Israel, a boycott against Israel, refusal to serve in the military or calling for prosecution of Israelis in international courts as war criminals.

This bill has not yet become law, and by the time it does we can assume it will change many more times. Its final version will probably have very little affect on the work of those human rights organizations that do have the support of much of the international community. But once again, what comes across in the headlines is that human rights organizations are illegitimate; that calling for a war against Israel is the same as calling Israelis to refuse to serve in the military; that calling for a boycott of settlement products is the same as calling for the annihilation of the State of Israel.

This can be seen throughout Israeli political and public discourse. Pre-military academies inviting Contentious Objectors to speak to their cadets to strengthen the notion that refusal is treason; the use of Palestinian members of the Israeli Knesset as an example of the pluralism of Israeli society that allows even “enemies” to be part of parliament (as if they weren’t elected representatives as the rest of their colleagues). In such ways, Israeli society defines what is legitimate, by giving a voice and a space to what is not legitimate, and labelling it as such, and not by eliminating it all together.

And so on the one hand Israel is still, to its Jewish citizens, a democracy, allowing freedom of expression, licensing protests, and limiting the power of legislation by the Supreme Court to allow freedom of expression. And on the other hand, while doing this, Israeli politics have managed to define very clearly what are and what are not legitimate views. You can protest and scream and shout as loud as you want, but if the opinions you voice are critical of the government in a way that they really do see as a threat, you can be sure that your opinion will expelled from the realm of legitimate.

And so there is no need to restrict freedom of expression. All one needs to do is to restrict the way in which that expression is received. We can allow all opinions to be heard, as long as we know that some opinions must be heard in order to be deemed wrong.

The Arabic term for the catastrophe of 1948 when hundreds of Palestinian villages were destroyed and 700,000 Palestinians became refugees during the 1948 war that resulted in the creation of the state of Israel.