Posted at 18:05h in News by Leigh Anne Williams 0 Comments 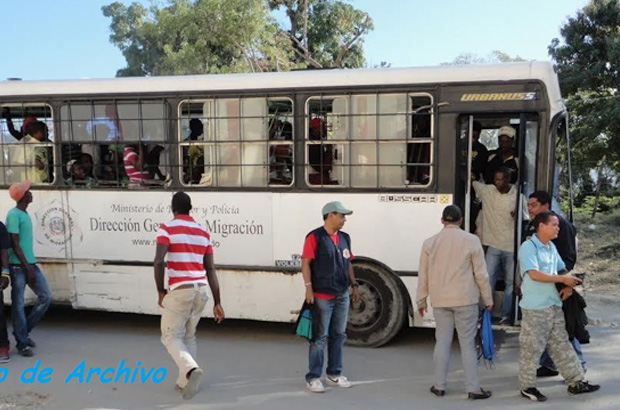 Recent months have seen escalating tension in the Dominican Republic as a result of changes to the citizenship laws. These changes have primarily affected people who were born in the Dominican Republic but whose parents were Haitian migrants. Starting in mid-2013, when the crisis became an issue that grabbed headlines, citizens began to use digital platforms in many ways to voice their opinions about the crisis.

Espacio de Comunicacion Insular, a Dominican civil society organization working in the area of media and democracy- and a member of WACC- set out to study citizens’ responses on digital platforms.  The current situation dates back to 2007, when the state stopped issuing papers to people without clear status, and to 2010, when constitutional changes were made to the requirements to acquire Dominican citizenship. However, it was only in 2013 that citizens began to mobilize online in more active and visible ways.

This was the result of the Dominican Constitutional Tribunal approving Sentencia 168-13, which put more than 200,000 Dominican-born people at risk of becoming stateless[i] [ii]. Civil society groups such as Reconoci.do and Dominican@s X Derecho, as well as individual citizens, responded to Sentencia 168-13 using platforms such as Twitter, Facebook and blogs. In this light, the team of Espacio de Comunicacion Insular embarked on a participatory research project to determine whether these citizen responses on digital platforms constituted a form of “citizen journalism”.

What is “citizen journalism”?

Keeping in mind that the term “citizen journalism” is a term with multiple interpretations in academic circles around the world, the research team began by exploring what the term meant in the Dominican context. For this they interviewed the heads of the three main journalism and social communication schools in the country, as well as a number of respected journalists associated with well-known media outlets.

How do citizens understand “citizen journalism?”

The second part of the study focused on understanding the practice of citizen journalism from the perspective of the many citizens who used digital platforms to voice their concerns about Sentencia 168-13 starting in mid-2013. Most of them used digital platforms to voice their own opinion about the issue through short messages or tweets, while others produced more elaborate opinion and investigative journalism pieces. Notably, many people used media content from established or mainstream sources to give increased legitimacy to the positions they were defending.

In terms of why people chose to use digital platforms, most people interviewed said that they decided to become active online because they wanted to influence others to become more informed about the topic. They decided that digital channels were the best platforms for this because they felt that their ideas would not be edited by anyone and could reach a large number of people.

However, most of the people interviewed did not see themselves as “citizen journalists,” but rather as concerned citizens exercising their right to freedom of expression. They were not too concerned with neutrality or objectivity and saw their digital activity as a way to “take sides” and promote their points of view.  Their main concern were to be able to inform others, voice their opinions, and influence public debates. In so doing, they moved from being mere consumers of information and became active in contributing to the debate about Sentencia 169-13.

In other words, media was used in a multiplicity of ways to meet the needs of activists. Media use depended highly on context and level of media literacy. The study did not point to a set of “citizen journalism practices” that could be easily defined and contrasted with “traditional journalism.” Rather, the study pointed to the value of citizen-led communication in contributing to social organizing and movement building.

Ultimately, this study contributes to the literature about the changing relationship between traditional journalism and digital media, particularly at a time when citizens have access to powerful digital platforms. The findings also beg the question of whether the focus on citizen journalism might be too narrow to understand grassroots media practices, which are diverse and highly dependent on context.  To read the full report produced by Espacio de Comunicacion Insular, please click here.

Note on current situation in the Dominican Republic: It is estimated that from June 21 to July 9, 2015 alone, almost 20,000 people arrived in Haiti from the Dominican Republic[iii], and thousands more are at risk of deportation, depending on how many people are granted status under the government’s current Plan de Regularizacion de Extranjeros.[iv] WACC and its partners are closely monitoring the situation to find ways to respond. For more information, please contact Lorenzo Vargas at LV@waccglobal.org