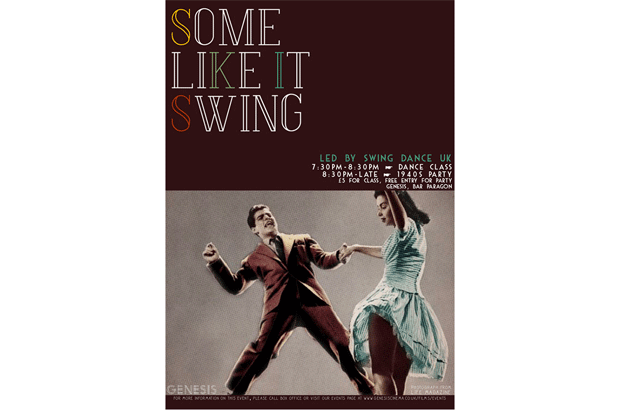 Some miss and regret past times or places, others are nostalgic for a past that has never been. But nostalgia is not only recalling what is gone or what will never be (again) exactly as it was. It is also a mnemonic source of creativity, helping us to cope with painful memories, a difficult present or an unknown future. Mass media and new technologies are decisive tools and agents in this context. Their interplay with nostalgic feelings navigates between political abuse, commercial exploitation, appeasing homesickness, and artistic freedom.

This complexity is what it makes difficult to offer a confined definition of nostalgia, as a common word but also as a scholarly concept. At first sight, nostalgia does not seem to match communication technologies. However, this powerful emotion takes part in shaping collective and individual memories and the current nostalgia boom can be observed in the media, in digital communities but also within “offline” activities and this does not facilitate research on this multi-layered phenomenon.

Nostalgia is omnipresent in current political discourse, in religious ideologies, in commercials and media productions, ranging from movies to computer games. Nostalgia is also expressed and experienced by individuals and networks in digital social media or even “offline”. The television series Mad Men, Vinyl, Stranger Things or Better Call Saul and some revivals (Dallas, Twin Peaks), people joining for swing dance (Fig. 1) or retro-gaming sessions, sepia filters on our cell phones: these are just a few examples of a seemingly overwhelming nostalgia in everyday life.

This not only concerns aesthetics of the past, but also rituals, techniques and analogue or digital objects. Nostalgia for former times and places is not new, but why are we observing an increase in nostalgic expressions right now?

Nostalgia, a medical neologism signifying homesickness (from the German Heimweh), appears for the first time in a doctoral dissertation published in Basel, Switzerland, written by Johannes Hofer in 1688. The notion is etymologically based on the Greek nostos (return home) and algia (longing) and refers in Hofer’s case to a Swiss mercenary’s disease.

But historically, nostalgia existed before it was even named so. Homer’s The Odyssey depicts it clearly by recounting Odysseus’ interminable yearning for home. Even if it is no more part of the medical discourse, this type of nostalgia, revealing homesickness and asking the question of belonging, still − and maybe more than ever – prevails. This is not only the case for people who were forced to leave their homes because of war or distress, but also for those who feel displaced in the society they were born or live in.

In contrast to what was believed for a long time, nostalgia is not just a postcolonial invention of Western societies. It is a universal feeling, shared here and there, as Alastair Bonnett (2016) has shown in his recent work on Geographies of Nostalgia. The original meaning of nostalgia, in contrast to its regressive or bittersweet superficiality in ordinary speech, needs therefore to be rethought. Why? Because the current seemingly entertaining nostalgia boom hints at this older type of nostalgia: a search for home, identity and authenticity. And this double-sided nostalgia comes with the digital world and that is why I wish to explore here the idea of digital nostalgia.

What is digital nostalgia?

Digital nostalgia encompasses several not necessarily separate types of nostalgia expressed, experienced, or made because of, via or within the digital world. In other words, there is nostalgia for the digital, nostalgia expressed via the digital or both (Niemeyer, 2015). The first type means that nostalgia has arrived in a world where the digital is omnipresent, but it does not alter the forms of nostalgia already in existence before the invention of the web. For some this can mean a longing for access to the technologies that connect, especially in places where the infrastructure is not established or access is politically forbidden.

For others it might be the other way round, a longing for a society with less social acceleration. Media and communication technologies are, therefore, an essential part of such longings: they can be the reason for the need to escape the apparent acceleration of time and reduction of space; they can trigger nostalgic memories of our past; and they are sometimes the object of our nostalgic feelings. Likewise, media and communication technologies can become a space for “nostalgizing” (Niemeyer 2014; Sedikides el. al., 2015). Here, digital environments become a space for expressing various types of nostalgia.

There is of course nostalgia for a geographical place or a time that is no more or will not be for a while. Refugees use technologies and media to cope with the painful present, to connect within their linguistic communities. Media, culture and language even at distance are here what used to be the old medicine for Swiss mercenaries (folk songs, meeting people with the same language), and it works also for those who never left or never had to leave their country: reconnecting to people, music, food, even in the digital world can appease homesickness. And this nostalgia can expand into urban spaces and become a mixed nostalgia of online and offline activities.

Nostalgia for the analogue and the digital

If your friend publishes a picture on the web with her or his cell phone, adding a filter to make the shot look old even if it was just taken minutes ago, we could ask whether the notion of nostalgia is still adequate here. Even if time passes the same way from a physicist’s point of view, some of us no longer have the patience to let our experiences become, silently or loudly, what we once called memories. This is only one small example of what we might call the “instant past” (Bartholeyns, 2014), but this is not to judge this playful and aesthetic type of a nostalgic past. Even so it might hint at one of the ways to cope with the rapid communication flows by still using it and I would call it instant nostalgia.

It can be closely related to the nostalgia of the analogue, very often expressed online. Programming and encoding non-digital media objects or sounds can simulate their analogue existence. Vintage media narratives, aesthetics or objects can be reproduced or re-invented exactly as if they were originally from the past. Vintage items can also provoke a nostalgia whose origin is located in the special relationship a person feels with a vintage item, no matter if it is analogue or digital. Objects have material and symbolic power of agency; and this is also the case for digital objects. An “old” animated GIF can make us nostalgic the same way as a computer game (Fig. 2) postcard from our aunt sent in 1995 to our home; it feels “homely” and because we shared the experience and the stories with others. 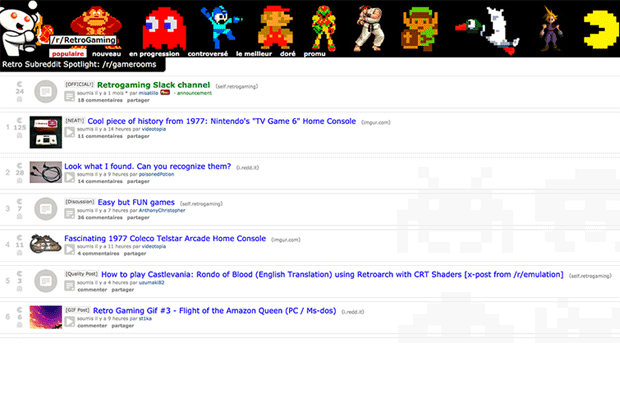 Nostalgia for the digital is a yearning for the early digital culture, a longing for the human relations it created but also their devices, techniques and related user rituals. This is why this type of nostalgia is not online practiced “online”, but also in places where people meet, as for example retrogamers (Fig. 3). 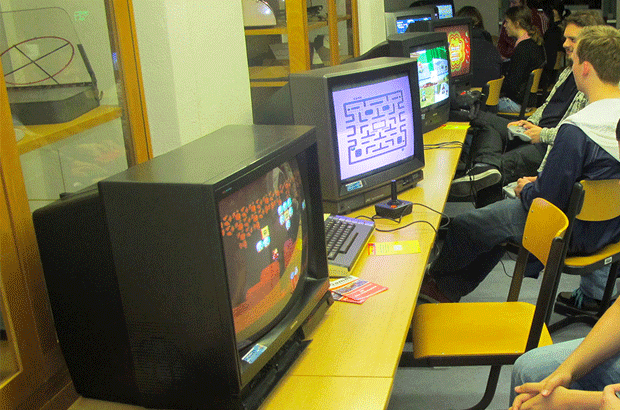 From social networks to blogs and websites, the nostalgia for the digital is actively expressed and practiced but also commercialized. Nostalgia was and is a business. Not to forget that the creative freedom of the digital world can also produce the contrary. The rise of populist and extremist movements in Europe or the idea of a new caliphate are part of a restorative nostalgia (Boym, 2001) that aims to reproduce the past as it was (not) or to prevent being open to change at all. Digital tools provide the opportunity to produce and spread dangerous nostalgia.

The idea of “making America great again”, obscures the dark places in American history. This type of nostalgia does not encompass being a reflective activity, but creates a naïve feeling of and a fabricated yearning for something that has never been. In this sense, critical reflections on nostalgia are today more than ever needed.

Nostalgia for the future

Of course, nostalgia is a common topic in scholarly works, mainly in literature, psychology, philosophy and history, but also in other fields such as sociology or anthropology.1 Until very recently, media and especially communication technologies have only been considered on the margins of research on nostalgia or the latter was only related to one medium such as cinema or television (Dika 2003; Holdsworth, 2011). Over the past few years, research interest in the interplay of nostalgia, media and communication technologies has increased (Niemeyer 2014; Lizardi 2015; Kalinina and Menke, 2016) which might be related to a certain kind of nostalgia that younger and older researchers not only observe but that they also experience themselves.

Studying nostalgia within media, communication or memory studies is in this sense not very “new” anymore, but more empirical case studies and likewise the deepening of theoretical approaches are needed in order to seize the complex and slippery phenomenon of (digital) nostalgia we are all at some point confronted with. It is not only the idea of a better scholarly understanding of it, but also an attempt to acknowledge nostalgia’s multiple layers. It can be joyful, creative and help us to cope with loss and the irreversibility of time.

Nostalgia connects people and this is equally where its danger lies. We should not only ask what nostalgia is good for2 or what it is not good for as it can be used in terms of rhetoric political manipulation or commercial interests. Nostalgia should be put into perspective. Learning about the multiple faces of nostalgia relates closely to how we can deal critically with the past and the present, how we can communicate and experience our longings, and how we can design our nostalgia yet to come. ν

1. A recent overview of publications on nostalgia can be found here, on the website of the International Media and Nostalgia Network: https://medianostalgia.org/general-bibliography/

Bartholeyns, Gil (2014), “The Instant Past: Nostalgia and Digital Retro Photography” in Media and nostalgia: Yearning for the past, present and future, edited by K. Niemeyer. Basingstoke: Palgrave Macmillan, 2014, p. 51-69.

Bonnett, A. (2016), Geographies of Nostalgia. London and New York, Routledge.

Katharina Niemeyer is an associate professor at the French Press Institute/Centre for Interdisciplinary Research and Analysis of the Media (CARISM), University Paris 2, Sorbonne Universities. Her main research topics are related to analogue and digital media and communication, media events, nostalgia, memory and history. In her research she focuses on news and fictional formats, but also artistic productions. In 2015 she co-founded the International Media and Nostalgia Network (IMNN) and she is also council member of the International Association for Media and History.