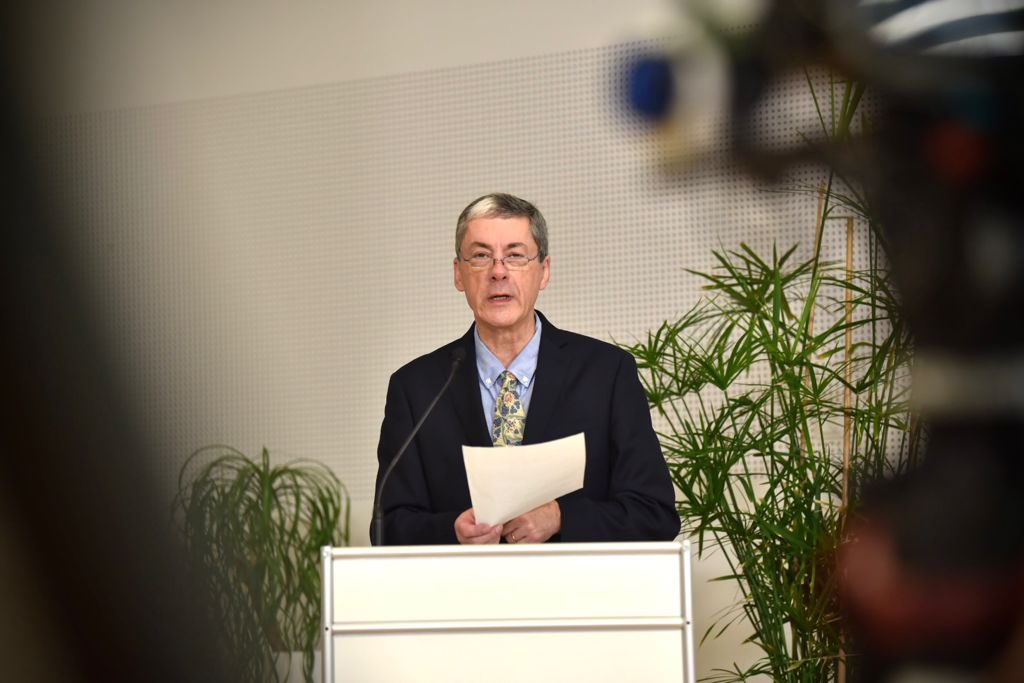 On the last day of the international symposium, Communication for Social Justice in a Digital Age, WACC General Secretary Philip Lee pointed to “signs of hope,” including agreement about the need for a framework that “enables, empowers and transforms, sidesteps power structures and socio-cultural traditions to guarantee the public voices and the genuine participation of everyone” in digital communications and platforms.

“In the context of the digital age, we also need to agree ethical principles and regulation for digital communications and digital platforms,” urged Lee in remarks delivered September 15 at the symposium in Berlin. “Applied fairly and equitably, responding to the urgent need for accessibility and affordability, and armed with functioning mechanisms at all levels for oversight and reform, a coalition of the willing could direct, monitor, and regulate the digital age in ways that benefit everyone.”

Lee stressed that merely stating that communication is essential to achieving social development and progress is not enough.

“That all seems rather obvious. Yet, stating the obvious does not guarantee that people and communities are equally able or have the capacity to communicate. It ignores questions of accessibility and affordability; diversity and plurality; ownership and control; representation and misrepresentation; privacy and security,” he said.

“In short, it ignores the many political, economic, cultural, and social obstacles to full inclusion in society that impact lives and livelihoods – in particular those of marginalized, underserved, and persecuted men, women, young people and children in every country of the world.”

Lee highlighted key points made by several presenters at the symposium, including Dr Ellen Uebershär, President of the Heinrich Böll Foundation, who said that, “The forces of democracy and public welfare must stand together in the fight to build credibility and trust in the digital media world. Digital participation is not a luxury, but a prerequisite for the development of inclusive societies.”

He noted a remark by Goran Buldioski, Director, Berlin Office, Open Society Foundation that  “platforms like Facebook and Google wield as much – or more – power than many nation-states over our public life. But they face no genuine accountability.”

The symposium also heard from WACC partners and activists in India, the Philippines, Palestine, Brazil, and Ecuador “who are tirelessly working to reclaim public communication spaces that explicitly strengthen excluded voices and uphold principles of social justice and the common good.” These, he said, “are all signs of hope.”

Lee ended his remarks with an invitation to join WACC and its partners “on this epic journey as together we face the trials, tribulations, and triumphs of ‘being digital’.”

Above: WACC General Secretary Philip Lee delivers a greeting at the Communication for Social Justice in a Digital Age international symposium in Berlin. Photo by Albin Hillert/WCC