Posted at 20:31h in Media Development by wacc_kn 0 Comments 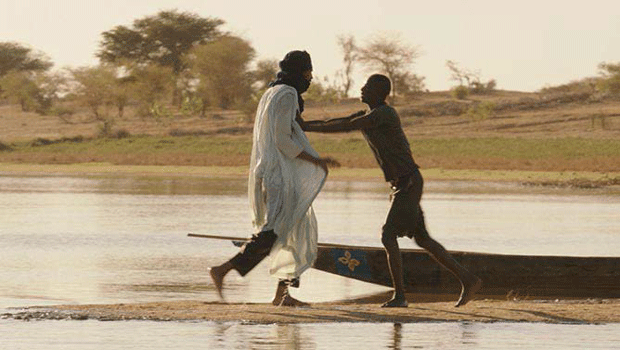 A film about the imposition of a totalitarian form of Islam on a village in Mali won the prize of the Ecumenical Jury at the Cannes Film Festival 2014. Timbuktu, directed by Abderrahmane Sissako, a film maker from Mauritania, tells the story of how local people resist the arrival of extremists who want to restrict women’s liberty and to outlaw music and football.

The Ecumenical Jury Prize, awarded annually at the Cannes Film Festival by a jury of Catholic and Protestant film specialists, honours a film of high artistic achievement that reflects spiritual, social and ethical values. Winning directors are presented with a medal and a statement by the jury about the motivation for their choice.

In selecting Timbuktu (see photo on following page) for its top award, the jury expressed appreciation for the hope inherent in the actions of local people and their Imam as they resist the outsiders and seek to continue to practice a moderate form of Islam.

The jury’s citation reads: “This film is a strong yet nuanced denunciation of an extremist interpretation of religion.” Accepting the award, the film’s director Sissako, said: “We are not all of the same religion but all religions are about love. This film is about when religion is taken hostage, when love is taken hostage.”

The film tells the story of what happens to an agricultural family when strangers seeking to impose a severe interpretation of Islamic law take over the community. When the father of the family accidently kills a neighbour in a dispute over a cow, he is subjected to an arbitrary trial and condemned to death.

The jury also awarded special mentions to two films shown in a separate competitive section for feature films, A Certain Regard. Wim Wenders’ The Salt of the Earth, a documentary about photographer Sebastião Salgado, was cited for its testimony to the human rights and environmental challenges confronting peoples worldwide. Hermosa Juventud by Spain’s Jaime Rosales highlights the challenges facing a young couple trying to survive the current economic crisis.

This year marks the 40th anniversary of the creation of the Ecumenical Jury at Cannes, considered the world’s premier film festival. With financial support from WACC, the six-member ecumenical jury is appointed by INTERFILM, an international network of Protestant film specialists and theologians, and by SIGNIS, a worldwide association of Catholic communicators. Jury members choose the winning film from those in competition for the festival’s top prize, the Palme d’Or. This year 18 films from 12 countries vied for honours.

Ecumenical Jury members evaluate films according to their aesthetic merits and the questions they raise about Christian responsibility in contemporary society. Directors of past winners of the Ecumenical Jury Prize at Cannes include Wim Wenders, Denys Arcand, Mike Leigh and Zhang Yimou.

At this year’s festival the Belgian film makers Jean-Pierre and Luc Dardenne (below) received the 40th Anniversary Prize of the Ecumenical Jury in honour of their body of work. The brothers have received many awards including two Palmes d’Or and two mentions by Ecumenical juries at Cannes: The Son (2002) and Rosetta (1999). n