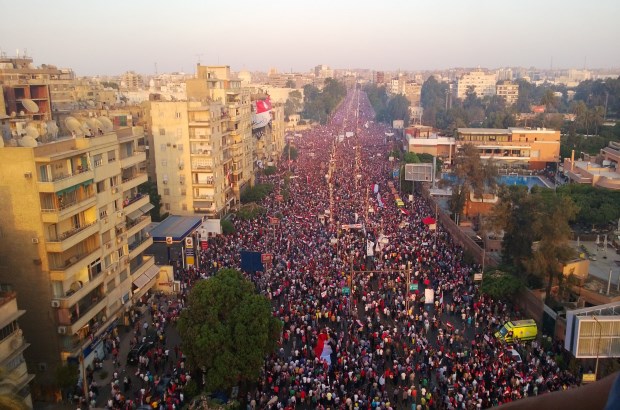 WACC deplores the escalating violence taking place in Egypt and the deteriorating political situation. It calls on media practitioners inside and outside the country to offer informed and balanced coverage and to work for a peaceful solution to the conflict.

The media in Egypt – both traditional and alternative – are polarised, politicised, and biased. Regional and international media outlets have also been criticised for taking a stance that is less than objective.

According to Farid Samir Garas, Executive Director of the SAT-7 Egypt Office, “Egypt has gone through many changes over the last  three years. These changes have been received differently according to the worldview of media coverage. For the first time we feel  that western media are biased presenting just one point of view, and at the same time Egyptian media took the other extreme. At the same time, social media were much faster in spreading information, although they were full of uncertain or faulty news! People have started to lose trust in all the news, and if there were an unbiased way of communicating the news clearly and truthfully, it would be welcomed as the need for the truth is great.”

And yet media ethics call for editorial policies that serve the people – all the people – by fairly framing crucial political, economic, social and cultural questions.

Polarisation is not a new phenomenon on the Egyptian media scene. It has grown since the 2011 Revolution when media narratives took opposing views on the two sides of the political conflict in Egypt: the Islamist and the rest.

Even the hosts of talk shows and their guests have openly and uncritically defended the state’s actions and the security measures taken against members of the Egyptian Muslim Brotherhood, explicitly mobilizing people against them.

As the country’s strongest political organization, the Brotherhood recently won several elections, including the 2012 presidential election when its candidate Mohamed Morsi became Egypt’s first democratically elected President. However one year later, on 3 July 2013, Morsi was himself overthrown by the military.

As Ahdaf Soueif noted in The Guardian newspaper (20 January 2014): “The country is polarised. On the one side stand the army generals, the security establishment, the interim government, the bureaucracy, the power and money-brokers of the Mubarak regime and its party structure, the Islamists who’ve broken away from the Muslim Brotherhood, and almost the entire media… On the other side is the Brotherhood and what’s left of its Alliance for Legitimacy that still holds with some Islamist groups.”

And yet those responsible for the mass media could intervene on the side of moderation and a deeper analysis of the issues at stake. And social media activists could present the insiders’ point of view as well as providing balance to the coverage of mainstream reporters.

But will they? Despite the professional, ethical and legal challenges that confront Egyptian journalists during this volatile phase in Egypt’s history, media practitioners are largely contributing to the disruption and violence rather than seeking ways to overcome it.