Folk media and their use in HIV/AIDS prevention campaigns
20723
post-template-default,single,single-post,postid-20723,single-format-standard,theme-bridge,bridge-core-3.0.1,woocommerce-no-js,qodef-qi--no-touch,qi-addons-for-elementor-1.5.6,qode-page-transition-enabled,ajax_fade,page_not_loaded,,qode-title-hidden,columns-4,qode-child-theme-ver-1.0.0,qode-theme-ver-29.2,qode-theme-bridge,qode_header_in_grid,qode-wpml-enabled,wpb-js-composer js-comp-ver-6.10.0,vc_responsive,elementor-default,elementor-kit-41156 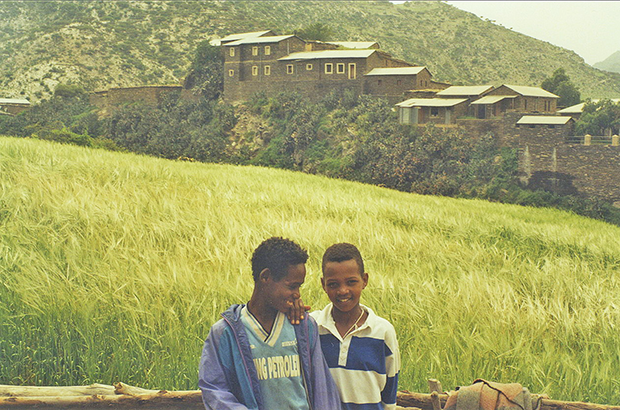 This article examines the use of folk media in Irob district, in rural Ethiopia. The main feature of folk media is that they are credible sources of information. Neglecting folk media channels combined with a low level of community participation, results in significantly less effective district-level intervention programs.

Folk media as traditional forms of communication include songs, theatre, drama, oral poetry, and proverbs among others. These communication channels represent the values and lifestyles of people and are embedded in their cultural, social, and psychological thinking. The main feature of folk media is that they are credible sources of information. They promote local knowledge and remain an integral part of the socio-cultural, religious, and political views of communities.

Unlike mass media, the origins of folk media are in traditional social spaces supported by social networks. Social networks are described in such terms as the density of ties, boundedness, and homogeneity of a particular society (Ackerson & Viswanath, 2009). In addition, rural life is dominated by kinship and various socio-cultural and religious views. Communities have a lot in common and value their social context promoting the cohesion and mutual trust. In this light, social networks contribute significantly to strengthening acceptance of folk media forms among the rural communities.

Warsim is a cultural information exchange technique among members of the Irob people. The term literally means to ask and/or inform someone about what is happening or going to happen. Through Warsim, every community member conveys what he or she has seen and heard. Messages disseminated by Warsim circulate widely in a very short period of time.Information ranging from market news, weather, and security issues for people living in border areas is broadly communicated.

A visitor, for instance, may be asked: ‘ba’ado nagaa’, which means: is it safe around you? Another example is: rob litinni? which literally means: is it raining in your area? The issue of rain remains a priority in these areas because the inhabitants depend on seasonal rains to feed themselves and their animals.

The prevalence of Warsim among the Irob people is not only based on history, but also because it is remarkably convenient. Information disseminated through Warsim is more accessible to locals because essentially they trust it. Access to modern communication devices like radio and mobile phones is not uncommon in Irob these days, but the elders describe these channels as diraa’ble, meaning liar. This is because information obtained from these sources cannot be verified and they remain doubtful about it.

Aa’dar is an elaborate oral poetry tradition used to appraise, emphasize, or criticize someone or something. It addresses the socio-cultural, political, and religious aspects of both ancient and contemporary events. Aa’darens, or poets, make Aa’dar based on what they know of the past and relate it to the present. The issues raised in Aa’dar might range from individual household concerns to different social, religious, and political issues.

As a performance intended to articulate ideas with accuracy, it requires the Aa’darens to become well-versed in the details of a specific experience and context. Regardless of their levels of education, Aa’darens are expected to be historians, politicians, and scholars of religion, in addition to recognizing the culture and norms of the people they are addressing. These are the minimum criteria required to be a respected Aa’daren.

If there is inaccuracy in the Aa’dar, it is an affront to the history and realities of the people. Among the Irob, Aa’dar is the most respected and trusted way of expressing emotions and thoughts. The content of Aa’dar remains in the minds of the audience for long periods of time. The unique skill set of Aa’dar is something that only a few individuals possess.

Goila is a cultural form of singing and dancing that occurs mainly at weddings and other cultural and religious festivities. Songs are performed in public gatherings, often involving hundreds of people, which convey different messages ranging from love to socio-political issues. During the Ethiopian rainy season usually from July to August, lots of religious and cultural festivities take place. Such occasions serve as gatherings for rural people where individuals compose different songs and share them with fellow participants in Goila.

The themes of traditional songs may be dominated by current socio-cultural and political events. Once a song is performed in one area, it is widely circulated to every corner and information gets disseminated among rural people. The songs, therefore, are not only for entertainment but are also a means to share different socio-cultural and political views. The songs inform and educate people who are unaware of certain events around them.

To the Irob people in general, folk media forms remain the central focus in their communication of socio-cultural, religious, and political views. Likewise, they trust these channels as potential conduits to address any development initiatives in their district. Integrating these media forms as rural development communication strategies, however, remains lamentably underutilized.

Debates continue about whether or not all development strategies should exclusively rely on local expertise and local knowledge. However, combining local knowledge and resources with modern scientific understanding can bring development endeavours forward. The remainder of this article focuses on the question: What is the significance of folk media in HIV/AIDS prevention campaigns in Irob district? Can using folk media help to connect rural people to the epidemic prevention campaigns?

With an estimated 1.1 million people living with HIV, Ethiopia has one of the largest populations of HIV-infected people worldwide. Though the epidemic appears to be declining in urban centres, the same cannot be said for rural areas. Different studies also point out that nationwide intervention programs have focused primarily on individual behaviour change initiatives. The prevailing belief is that effective teaching of individuals would change the risky behaviour of the majority. In the Ethiopian context however, communities abide by collective norms and targeting individual behaviour changes may not be sufficient in terms of creating the conditions for change.

On the other hand, unlike other development communication strategies, HIV/AIDS communication is characterized by an immense silence from the target population. This may result from a social context that may prohibit effective communication among the population. In some rural areas, for instance, talking about HIV/AIDS has been a taboo. There are also those who relate the epidemic to retribution from God. Therefore, any HIV/AIDS intervention strategy should focus on the specific context promoting holistic epidemic communication rather than targeting individuals.

HIV/AIDS messages should also include local communication forms to promote community awareness and enhance their participation. In this view, emphasizing the need for local communication in development initiatives, Servaes et al (1996: 89) argue that “the value of indigenous communication has been underestimated and undervalued in most development programs.” Thus, unless epidemic intervention programs consider the social context of communities, the HIV/AIDS prevention campaign could not easily be achieved.

In general, HIV/AIDS prevention communication tools should remain specific to the socio-cultural perspectives of the target population. However, district level communication tools in Irob such as posters, leaflets, newspapers, and magazines are less contextualized to the diverse socio-economic aspects of society. As a result, these methods fail to engage community participation.

Epidemic communication in Ethiopia succeeded in raising awareness among different groups, but most significantly among the literate. Despite this, the one-size-fits-all approach of epidemic prevention has proven less successful in rural Ethiopia. Hence, it is the specific context that determines the nature of the epidemic prevention campaign rather than applying similar approaches across regions.

The value of culture-based epidemic prevention campaign strategies remains more relevant to rural areas like the Irob district. Therefore, tackling HIV/AIDS requires a holistic approach toward treatment, prevention, care and support. In response to the nature of epidemic communication strategies in Irob district, one interviewee raised the following concern:

“Basically, I believe that the HIV/AIDS prevention campaign programs could be effective if they are able to include our ways of communication like Aa’dar. It is mostly rehearsed in areas where people are gathered like weddings and other societal festivities. The Irob people have been using it for a long time. As a result, we accept it as the most preferable means to convey our feelings and emotions. When it comes to HIV/AIDS prevention, if messages could have been used through these channels, more people would have been interested in them. But unfortunately, there are no chances to use them so far.”

This idea shows that local people know which media forms would be effective in addressing the HIV/AIDS prevention campaigns. Folk media messages can reach the majority at a time and positively influence their behaviour. Besides, messages through these communication channels reduce the language barrier which is becoming a major obstacle to mutual understanding between the people and health professionals.

In this view, UNFPA (2002: 25), for instance, notes that “messages adapted to the people’s own language, intellectual systems and ways of life, as well as their teaching and learning and communication methods, can communicate information and influence behaviour change.” However, this is the missing link in most rural HIV/AIDS prevention campaigns in Ethiopia.

The Irob people are predominantly illiterate or semi-literate, and their main occupations are farming and animal husbandry. Thus, most of the existing health communication strategies are alien to them. Conversely, employing folk media is inclusive because it embodies many of the activities, beliefs, and customs shared by members of the community.

The culture of Irob society is largely based on oral histories and traditions, much of which remains unwritten. As a result, non-indigenous HIV/AIDS prevention interventions, and the tools employed to communicate them, are guilty of misunderstanding the context. Current intervention programs have limited the participation of societies in responding to epidemics they face.

The Irob experience indicates that communities are not able to access dominant media. They prefer to use folk media such as songs, spoken word, and Warsim to verify knowledge and express themselves. Nevertheless, HIV/AIDS intervention communication strategies in the region fail to employ these folk media channels, despite the fact that most practitioners are aware of them. The types of communication used in interventions remain incompatible with the cultural context of the people. There are also low literacy levels and language barriers.

In addition, most intervention programs are carried out using Tigrigna, the dominant regional language, which a number of the Irob communities do not understand. Consequently, the study finds that neglecting folk media channels combined with a low level of community participation, results in significantly less effective district-level intervention programs.

The primary recommendation is to incorporate communication forms that are sensitive to cultural contexts, and address the needs and expectations of these communities.