29 Aug 2017 Gaga over Google: Democratization of information in capitalist communication 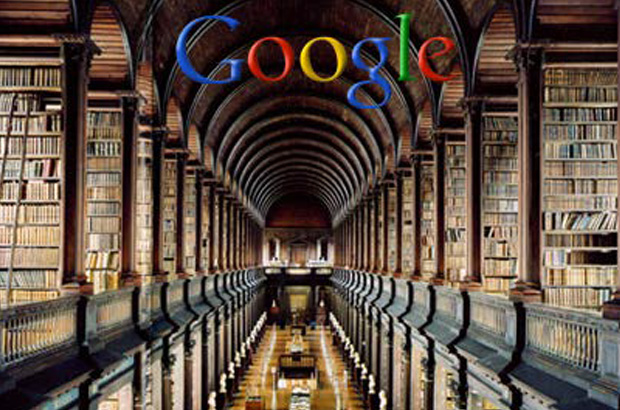 Issues of human rights, gender equality, and democratic representation within communication and education technology industries are all examples of media specific social justice topics that have dominated world politics throughout the past century. However, emerging intersections between social justice, new media and new media technology complicate how we approach traditional issues of rights, representation, communication, education and the media industry.

A new way of thinking is imperative due to the integration and use of new media technology for communicative purposes in daily lives: cellular phones, born digital documents and instantaneous e-mails are now normalized and expected within educational institutions. This has occurred not only through technological changes, but through a social transformation whereby processes of social, political, economic and cultural trends become inseparable from the technology.1

The shifting parameters of the information society have launched public and academic inquiries into how new media technology and social justice now interact, and prompt questions regarding the social and political effects of media communication production and consumption, especially within academic/educational institutions. For example, one of the ways that the public and scholars have critiqued the content of traditional and new media is through reflection on representations of race in television, seen in numerous think pieces, newspaper articles, crowd funded projects and academic scholarship on programs like Blackish.

Further, the use of new media as a platform for social justice campaigns, such as with the #blacklivesmatter movement, demonstrates social justice engagement within the contextual impact of new media. While these critical approaches to the intersections of social justice issues and media are essential to understanding and using forms of media to engender social and political change, it is also important to interrogate new media and communication through considering the media technology as a social process itself. This includes examining the media technology as a medium or information processing device as well as its accessibility, required literacy, educational use, and its state of neutrality.

Google Books and centres of Information

One main new medium through which information is collected, processed and disseminated is through the Internet, specifically through search engines like Google. In 2013, Google search accounted for over 25% of web use globally; since then, speculators have argued that Google’s use has only continued to grow, marking its central importance to both traditional and new forms of media today.3 However, Google’s popularity is not limited to just their search page, and Google has expanded its products to serve and influence numerous communicative forms and technologies, from maps to cell phones to data analytics.

Simply put, in the contemporary world, Google is the embodiment of modern communication. Thus, as we look to a future in which media industry companies like Google and its products are an integral part of communication, specifically within education, we need to question the role of corporations like Google in information access and democratization as well as the ways in which Google’s initiatives reveal and simultaneously conceal how the public and media shape and are shaped by each other.

Changes to education technology, such as the integration of Google Books into primary library database searches, illustrates the social effect of access to information and knowledge. The impact of this social transformation is seen in the rise of professions, specifically computer and software engineering, and even the in the expansion of information based institutions like universities in Western culture. However, access to information and to these spaces or careers is often determined by socio-economic status and other cultural and political factors.

For example, STEM field jobs, particularly those related to computer and software engineering have increased faster than almost all other sectors of employment in the United States over the past decade.4 These jobs are often high paying, as for individuals with a high school diploma, STEM jobs have hourly pay wages that average 59% more than those in non-STEM jobs; for those with a bachelor’s degree, the difference between STEM and non-STEM job hour wages is 26%.5

Furthermore, access to information is divided on a global scale. In a recent UN report, countries with the highest percentage of individuals with Internet access were mainly Western based countries such as Iceland (98.2%), Norway (96.8%), and Denmark (96.3%). However, countries with the lowest percentage of individuals accessing the Internet were centred in Africa, with rates as low as 2.2% in Niger.6 Comparatively, countries with higher Internet access also had higher levels of STEM professionals produced.7 Therefore, a key issue in contemporary social justice practices must be accessibility to or democratization of information, as access is a key determinate to future individual economic and social success.

Democratization of information, which is an argument for equal and unimpeded access to information on a global level, is a concept that is evident in the description on the Google Books website. Originally, Google Books co-founders envisioned “people everywhere being able to search through all of the world’s books to find the ones they’re looking for.”8 This desire to provide increased access to books, i.e. a form of democratization of information, is cited by the co-founders as a major driving force in the creation of Google itself.9

The call for “people everywhere” as well as the emphasis on “all the world’s books” illustrates a conceptual application of the democratization of information to the real world. This is further delineated in the Google Books official blog, which states that they increasingly digitize more books “whether rare, common, popular or obscure” so that people everywhere will be able to “discover them on Google Book Search.”10

However, as it currently exists today, Google Books does not provide access to all books in all locations. A reason for this inconsistency derives from filters in complex search algorithms which are determined in part by country specific regulations and also by commercial interests to restrict access to specific works. For example, when implementing Google Books in China, many complications and issues around censorship and accessibility arose, specifically from government opposition.11 The Google Books search engine only includes works that are from Mainland China and have been approved by the Chinese government.12

Furthermore, the works are digitized through the publishers themselves, rather than through libraries and Google Books operations as in the United States.13 Thus, issues of censorship reveal the problems with Google Books’ claim of democratization of information through the ability of Google Books technology to acquiesce to specific government and commercial demands. The very existence of such filters illustrates non-neutrality within the media technology’s design and points to elements of control, not democracy, within the forms of communication themselves, thus exemplifying a social process beyond simple technological materialization. This instance demonstrates the ways in which social justice issues emerge and contribute to media communication technology as social processes.

Understanding new media such as Google Books, as social and cultural processes, becomes even more important as Google and Google Books form partnerships with educational institutions like universities. For example, the primary source of knowledge and information in Western education is collected and preserved in institutionally held journal articles and books; in digital form these are usually hidden behind paywalls or credential verification and also require some form of digital literacy. From databases like JSTOR to e-books in Wiley Online and Google Books, these articles and books require a valid institutional login, such as a university email address.

Attending a university infers economic wealth as well as social mobility and thus those without proper means to fund education cannot access these sources of knowledge and information. Thus the process and privilege of information and knowledge accrual derives from mobility and access, not just through having a computer, but from socio-economic means and through cultural awareness. Furthermore, higher education institutions vary in their levels of access to databases, journals and e-books. Harvard University recently decided to cancel subscriptions to journals as some publishing companies have increased subscription prices by “145% over the past six years, which far exceeds not only the consumer price index, but also the higher education and the library price indices.”14

While Google Books attempts to circumvent these paywalls and price mark-ups, they also rely on libraries for the source materials themselves. The original incarnation of Google Books, once named the “Library Project”, attempted to retrieve scanned works from various international educational libraries.15 Much of its source material still pulls from higher education libraries and their databases of scanned works, and has inspired other digital collections such as the HathiTrust project.

Higher education libraries as the primary source of Google Books is problematic as those scanning or managing digitization projects decide the priority of books or journals. Therefore, not only does the medium and technology on which Google Books functions require levels of social, economic, and cultural wealth or capital, but the content source is not entirely neutral as well. As such, Google Books tends to provide access to certain kinds of books, and this itself undermines the principle of democratization of information.

Even within the current Google Books project, the process by which texts are selected and prioritized for scanning is hidden from current users. Thus, without transparency, the more nefarious aspects of media technology emerge and highlight the gaps in current questioning of media technologies that we must now ask.

Another problematic feature in current claims of the democratization of information that the Google Books case study highlights, is related to the issue of copyright. After its initial phase, Google Books soon faced multiple lawsuits from publishers and the Author’s Guild, citing violations of copyright law.16 Throughout the lawsuits, settlements and appeals, Google has developed the scan and search function, which allows users to search texts for words and phrases but blocks access to the full text.17

Currently, this is witnessed in the preview mode of Google Books and in the “missing” pages that users cannot see or gain access to. Behind this function, the algorithm reveals the embedded legal rulings and regulations of copyright law and fair use. The creation of these laws and their employment derives from earlier instances of institutional regulation of civil society, extending to the histories of previous centuries, specifically regarding divisions between the public and private, and notions of print.

This illustrates not only the ways in which these social and cultural processes emerge but how they fetishize the information and means of communication. For example, a statement from Google Books in 2004 claimed that when establishing a partnership with the Bodleian library, “for the first time since Shakespeare was a working playwright, the dream of exponentially expanding the small circle of literary scholars with access to these books seems within reach.” The zenith the corporation’s claim reaches borders on hyperbole, and illustrates the problematic trope of information access fetishization as well as how the social justice nature of movements toward the democratization of information are undermined by capitalist culture.

Therefore, with each new media communication technology, we have to question these technologies not only to expose the humanism behind seemingly non-human technologies, but also the concealed biases, tendencies and social processes embedded within them. ν

Jaime Lee Kirtz is a doctoral candidate and instructor at the University of Colorado Boulder, where she is also a curator for the Media Archaeology Lab, a research fellow at the Center for Media, Religion and Culture, and a Social Sciences and Humanities Research Council of Canada doctoral fellow.