Hearing the voices of the world’s poor
21156
post-template-default,single,single-post,postid-21156,single-format-standard,theme-bridge,bridge-core-3.0.1,woocommerce-no-js,qodef-qi--no-touch,qi-addons-for-elementor-1.5.3,qode-page-transition-enabled,ajax_fade,page_not_loaded,,qode-title-hidden,columns-4,qode-child-theme-ver-1.0.0,qode-theme-ver-28.6,qode-theme-bridge,qode_header_in_grid,qode-wpml-enabled,wpb-js-composer js-comp-ver-6.9.0,vc_responsive,elementor-default,elementor-kit-41156

Posted at 09:35h in Calls for Action, News by Staff 0 Comments 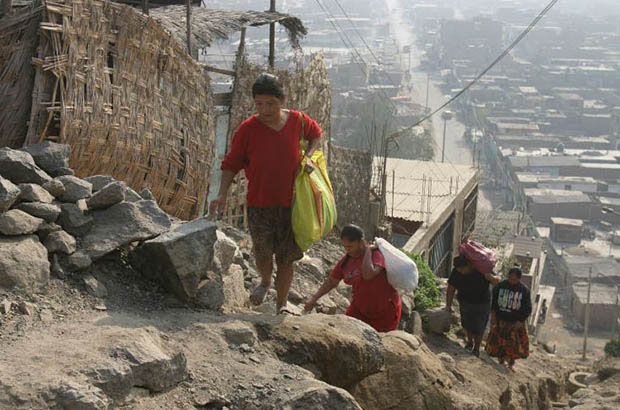 On International Day for the Eradication of Poverty, October 17, WACC calls for greater solidarity with the world’s poor people.

WACC’s pioneering work on media monitoring of poverty provides evidence to hold media outlets accountable for their representation of people living in poverty.

Recognizing the importance of responding to the needs of the poorest, WACC believes that this can only be achieved by exercising a range of communication rights that balance good governance with good citizenship.

In particular, unbiased representation of development issues – from ground-breaking news articles to social media platforms – can raise the level and quality of public debate on how to reduce poverty.

A key target of SDG 16 is ensuring responsive, inclusive, participatory and representative decision-making at all levels.

The Bolivian research concluded that media contribute to a paternalistic and disempowering image of people living in poverty, while presenting the State as the primary agent for solutions to all their problems.

The aim was to raise the public profile of poor communities and to enhance access to information in relation to decision-making processes in Chitungwiza, a small city south of Harare.

WACC advocates greater solidarity with the world’s poor people in the spirit of Fr Joseph Wresinski’s original call: “Wherever men and women are condemned to live in extreme poverty, human rights are violated. To come together to ensure that these rights be respected is our solemn duty.”