Posted at 15:31h in News by Lorenzo Vargas 0 Comments 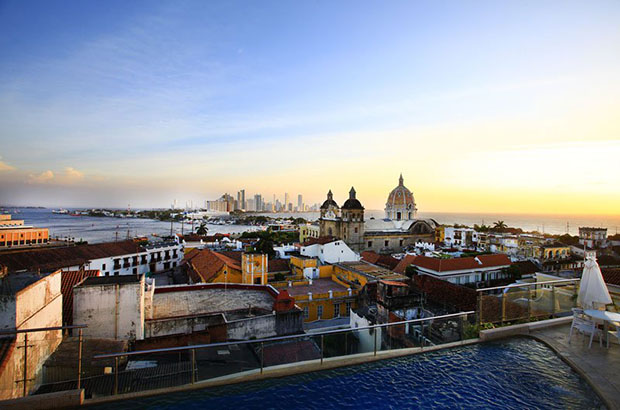 Cartagena is a port city on Colombia’s Caribbean coast. It is the country’s fifth-largest city. Photo: IAMCR.

The International Association for Media and Communication Research (IAMCR) is holding its 60th annual conference July 16-20 in Cartagena, Colombia.

The conference has been organized in partnership with the Corporación Universitaria Minuto de Dios (UNIMUNUTO) and is being attended by over 1,500 communication researchers and practitioners from around the world.

WACC, as an institutional member of IAMCR, is regularly present at IAMCR’s annual conferences. This year, WACC is being represented by Lorenzo Vargas, coordinator of WACC’s Communication for Social Change Programme, which every year helps build the capacity of dozens of grassroots organizations around the world to advance social change by drawing on a communication rights framework.

A number of Pre-Conferences on topics such as media education, political communication, and participatory advertising were held in the days prior to the IAMCR conference. One conference was titled “Reflections on Foreign Aid, Philanthropy, and Change in Media Systems”, organized by the Centre for International Media Assistance (CIMA).

Key ideas revolved around the landscape of media development being affected by a marked a decline in trust in journalism, growing polarization, a global migration crisis, and the sense that media is being instrumentalized to advance certain political agendas. In this context, it is more important than ever to support independent media, and to foster policy environments that promote media pluralism and democracy.

Participants also heard that it is critical to link media development to the Sustainable Development Goals (SDGs) in order to raise the profile of media-related work in relation to development, as well as to internet governance processes to in order develop models that advance media pluralism in the digital age.

The issue of media concentration remains a significant issue in many parts of the world, both in terms of supply (sources of content) and reception (media platforms). Reporters Without Borders presented one of its current initiatives on the topic, the Media Ownership Project, which maps media ownership in a number of countries in the Global South.

There is also a need for a more critical approach to media development that does not simply try to reproduce media models from the Global North in the Global South, especially considering that most media models of Northern countries are in crisis and are being undermined by issues such as the fake news phenomenon, attacks on press freedom, and lack of trust in the media.

This entails questioning assumptions about media formats and models, and finding ways to build on the rich tradition of participatory communication in many parts of the Global South.

The IAMCR conference was officially opened on July 16 with a celebration of the 30th anniversary of Jesús Martín Barbero’s landmark book From Media to Mediations, whose translation into English WACC sponsored.