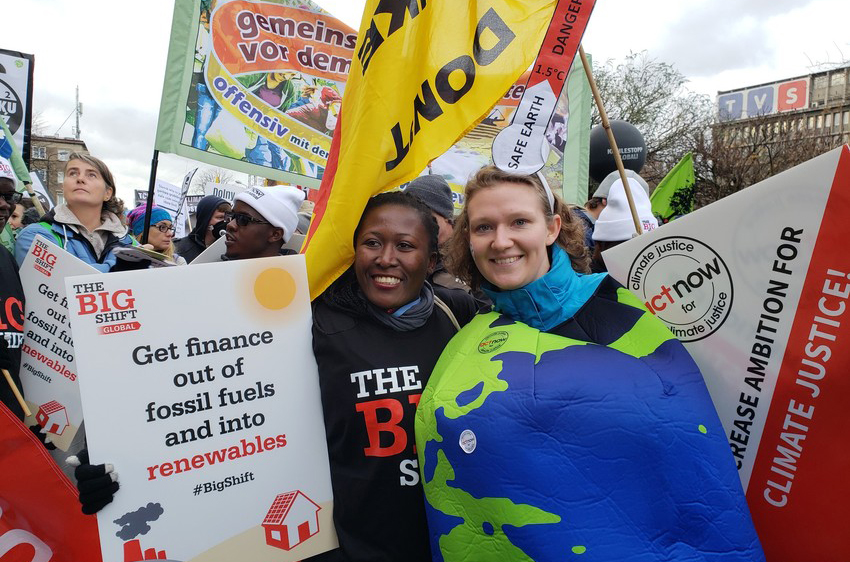 Following the adoption in 1997 of the Kyoto Protocol to reduce global greenhouse gas emissions, Indigenous Peoples’ representatives began to push for engagement in climate change agreements, but they have continued to be side-lined. One of the sources of their frustration has been that the grounds for their involvement were that indigenous communities were affected by climate change, giving them the status of victims, rather than their being viewed as potential actors in the quest to combat climate change.

By 2004, their involvement was given support by the United Nations Framework Convention on Climate Change (UNFCCC) – the international environmental treaty negotiated at the Earth Summit in Rio de Janeiro from 3 to 14 June 1992 – which entered into force on 21 March 1994.

Indigenous peoples’ efforts to protect themselves and the environment were slow to capture media attention in both North and South. In its December 2015 report, the Indigenous Peoples’ Centre for Documentation, Research and Information (DOCIP) reiterated the link between climate change and the rights of indigenous peoples, stating that “Indigenous peoples have been making this link for several decades, taking centre stage in its promotion” (DOCIP, 2015: 3).

Since 2013, indigenous representatives have been meeting at international conferences and other fora that have enabled them to join forces in solidarity to call for their rights to be respected under national and international law on the grounds of both human rights and protection of the environment. The International Labour Organization (ILO) has been a consistent and vocal support of indigenous peoples, notably having secured in 1989 the “Convention concerning Indigenous and Tribal Peoples” that entered into force on 5 September 1991 and which laid the basis for the United Nations Declaration on the Rights of Indigenous Peoples (UNDRIP) of 2007.

The Rio+20 Outcome Document of 2012 stressed the importance of indigenous peoples in the achievement of sustainable development and the importance of UNDRIP in the context of the implementation of sustainable development strategies. This followed the disappointment of indigenous peoples having been excluded from the Millennium Development Goals (MDGs) in September 2000, which led to their insistence in being including in the drafting of the Sustainable Development Goals (SDGs) of 2015.

Indigenous groups were also frustrated at the way in which the 2007 UNDRIP was omitted from the texts of global climate change agreements, and in particular their exclusion from the main events of the COP21 Climate Summit in Paris in December 2015, at which representatives of indigenous communities staged their own side-events and established their own platform, the Indigenous Peoples Forum on Climate Change (IIPFCC).

At the Sixteenth Session of the UNPFII, 24 April to 5 May 2017 in New York, the ILO once again declared that indigenous peoples had a critical role at the forefront of climate action. The ILO’s 2016 Technical Note “Indigenous Peoples and Climate Change: from Victims to Change Agents through Decent Work” identifies indigenous peoples as essential to the success of policies and measures directed towards mitigating, and adapting to, climate change (ILO, 2016).

At the UNPFII 2017 conference, indigenous peoples presented themselves as key players in the achievement of SDGs 13, 14 and 15, which include combating climate change, sustainably managing forests and halting biodiversity loss (UNPFII, 2017).

As can been seen from indigenous peoples’ own publications, they take their own involvement in combating climate change as vital to the task. Their interest in preventing the violation of their territorial rights by enterprises engaged in fossil fuel exploration and extraction which have in the past also contaminated their water sources and violated their human rights, coincides with the interest of environment groups and of some UN member state governments in their attempts to reduce greenhouse gas emissions and global warming.

It should be a win-win situation. Protecting indigenous peoples’ wellbeing, their culture and traditions, the forests and biodiversity by means of the prohibition of oil exploration and extraction on and from indigenous peoples’ territory contributes to the pressures to find alternative sources of energy.

COP25 held in Madrid, Spain, in 2019, was widely seen as having been derailed by big polluters and the countries most historically responsible for the climate crisis. Indigenous participants focused their efforts on Article 6 of the Paris Agreement (2015) which determines how or whether countries can – or cannot – use international carbon markets to achieve their emission targets. Indigenous Peoples argued that the scheme lacks safeguards for their way of life and contravenes their human rights.

DOCIP (Indigenous Peoples’ Centre for Documentation, Research and Information). (2015) ‘Sustainable Development Goals and the post-2015 development agenda: Indigenous peoples’ fight not to be left behind’ http://cendoc.docip.org/collect/upd_en/index/assoc/HASHd175.dir/Upd109_eng.pdf

Linda Etchart currently works at the School of Computing and Information Systems, Kingston University, London, United Kingdom, where she does research in Philosophy of Science, Epistemology and Social and Political Philosophy.