INGOs, public communications and the quest for legitimacy
21168
post-template-default,single,single-post,postid-21168,single-format-standard,theme-bridge,bridge-core-3.0.1,woocommerce-no-js,qodef-qi--no-touch,qi-addons-for-elementor-1.5.4,qode-page-transition-enabled,ajax_fade,page_not_loaded,,qode-title-hidden,columns-4,qode-child-theme-ver-1.0.0,qode-theme-ver-28.6,qode-theme-bridge,qode_header_in_grid,qode-wpml-enabled,wpb-js-composer js-comp-ver-6.9.0,vc_responsive,elementor-default,elementor-kit-41156

27 Aug 2017 INGOs, public communications and the quest for legitimacy

Posted at 19:49h in Media Development by wacc_kn 0 Comments 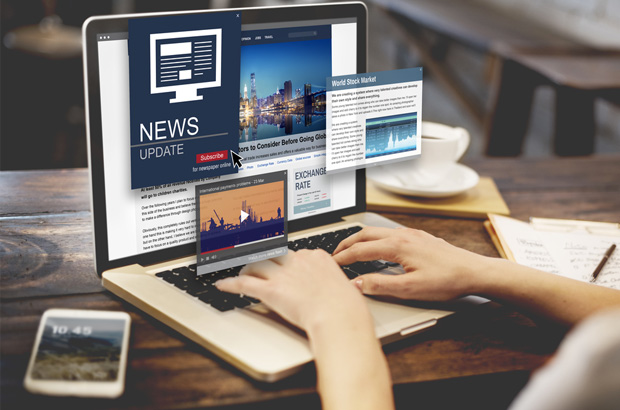 In today’s world, media cannot be overlooked. Such is their power that they can spread ideas and effect action across the globe almost instantaneously. Nevertheless, not all of the purposes for which the power of media is harnessed have outcomes that contribute towards the common good. Within the aid sector, for example, while media can rapidly raise awareness and funds for emergency relief or spread advance warning of hazardous weather conditions, they have at the same time propagated narratives and discourses that can harm development goals.

What role should media play within the aid sector? Can media help to bring about greater social justice? The argument I want to advance here is that if media are to be mechanisms by which greater social justice can be achieved, they must first embody socially just values. In other words, media must ensure that all have a voice and are represented truthfully and with respect for their dignity.

In this article, I focus specifically on media representations of development as evidenced in the sector’s public communications. I argue that, in a world in which aid is often perceived to be a form of neo-colonialism solidifying and naturalising long-entrenched inequality and power asymmetries, the role of INGOs’ public communications should be to present a challenge to narratives that perpetuate colonialism’s legacy.

With the rise of social media in particular, the challenge to these narratives from the global South is growing louder, and it is likely that INGOs will need to radically rethink the ways in which they operate and present themselves to the public in order to retain legitimacy in the world of tomorrow.

Approved by the CONCORD General Assembly in 2007 – that is, the European consortium of relief and development INGOs – the Code of Conduct on Images and Messages (the Code) champions such values as human dignity, respect, truthfulness, equality, fairness, solidarity, and justice (CONCORD Europa, 2006). It was created as a resource to help organisations develop and effectuate public communications strategies adhering to these values, for example, that are careful to represent situations and people within their wider contexts, respecting their dignity and avoiding stereotypes. Yet although the Code was signed by the membership bodies and national platforms of INGOs across Europe, it remains the exception rather than the norm that its values are embodied within the sector’s public communications.

Admittedly, INGOs face a tension – noted within the Code itself – between seeking to act in compliance with these values whilst also seeking to portray the reality of poverty to generate response from the international community. Writing for BOND, the UK membership body for organisations working in international development, Lyndall Stein argues that the level of response generated by photographs such as that of Alan Kurdi, the three-year-old who drowned as his family were fleeing Syria, present a challenge to those advocating against the use of images of the dead, or “dehumanizing images that might impact the dignity of those portrayed” (2015). She believes the sector has “a responsibility to bear witness… to the appalling experiences of people living with poverty, oppression and conflict” (ibid). Yet whilst I agree that dehumanizing photographs can move people to action, I would question whether that legitimises their use.

It is evident from her article that Stein is reacting to a trend within the aid sector towards “deliberate positivism” – where the strategy behind INGOs’ public communications is to focus on how interventions have positively impacted beneficiaries (Scott, 2014: 149) – and of course, her wider point concerns the value and power of being truthful even if the truth is unpleasant. Nevertheless, I believe it is possible to be truthful without compromising human dignity, and I would want to ask Stein who should be responsible for bearing witness and from whose perspective the truth should be told.

The Code states that its signatories will strive to “[e]nsure those whose situation is being represented have the opportunity to communicate their stories themselves” (CONCORD Europa, 2006). This is important, not only because allowing people to speak for themselves respects their dignity, but also because it acknowledges the value of their perspectives. I find myself in agreement with Ian McClelland, who notes that whilst images evoking feelings of sympathy and pity move people to give, they are also damaging since they perpetuate unhelpful stereotypes. Instead, he writes, “[w]e need to emphasise the independence and agency of people in the South” (2015).

A question of funding vs. ethics

Whilst conducting research on online appeals launched after Hurricane Matthew hit Haiti in October in 2016, I was struck by the images and messages being conveyed. I saw photographs of young children standing alone amidst debris from buildings, seemingly parentless, with words such as “help” and “donate” written in large font beside them. I also came across numerous accounts in which nameless Haitians and “local partners” on the one hand, and named representatives of INGOs on the other, were characterised in widely divergent ways, following the stereotypical “victim” / “hero” narrative.

One story in particular stood out, recounting how several INGO workers successfully brought aid to an affected but difficult-to-access region of Haiti. They were only able to gain access to this area with the help of several locals that transported them on motorbikes, yet in the INGO’s account its staff members were the named actors and those portrayed as heroes, whereas the local actors remained nameless and barely featured.

I am well aware that in the wake of humanitarian disasters INGOs need to legitimise their work to generate funds quickly in a hugely competitive environment, and that appeals are, as such, a form of communication serving the dual purpose of reporting the need and demonstrating each INGO’s unique positioning and ability to address it. Yet what messages do public communications of this nature convey? What values do they embody? What narratives do they perpetuate?

An INGO’s legitimacy ultimately also depends upon its relationship with local actors and partners. In the case of humanitarian disasters, for example, there is a need for immediate response and the ability to access affected people and areas is essential; therefore, INGOs need to be able to show potential donors that they have connections to the “ground”.

Interestingly, Bond’s 2014 report Change the Record found that “[a]cross all media outlets and geographic regions [within the UK], two main actors dominated coverage – INGOs and donor governments.” Findings from audience research on public perception within the UK corresponded with this, with these same actors being perceived as “those most responsible for tackling poverty and global development.” Bond’s main recommendation on this issue was that UK-based INGOs should “actively create more opportunities for other development actors to be seen and heard in the media and through other public communication channels” (Bond, 2014).

Keystone Accountability’s 2013 Development Partnerships Survey brought to light a similar concern, but from the perspective of partner NGOs in the global South: 53% of partners interviewed did not feel that their partner INGO “put sufficient effort in promoting their work publicly.” Also highlighted was a “certain dissatisfaction from partners with INGOs trying to claim too much credit for the work done” (Keystone, 2013).

Thus, there is a clear need within the sector for public communications that are truthful and that actively challenge prevailing false perceptions, thereby embodying social justice. Appeals are arguably the most public aspect of INGOs’ work and it is therefore crucial that INGOs reflect on how various development actors are characterised within these, particularly in relation to how they themselves are characterised. Reflection on the use of images of children is also needed since this feeds into the Northern supremacy / Southern inferiority narrative (Scott, 2014: 147).

Yet why do such public communications persist? As Martin Scott explains, underlying both “shock effect” approaches whose purpose is to elicit guilt and pity – such as those using the images of vulnerable children, for example – and more positive approaches, is the narrative that donors’ money and interventions are the only way to solve the problems of those living in the global South. Such oversimplification of the issues surrounding poverty conveniently ignores both the legacy of colonialism and the “complicity of actors in the North in shaping poverty and global inequality” (ibid: 147-8).

New forms of media hold incredible potential for presenting the complexity of the issues surrounding aid, yet there is a distinct lack of will within the sector to do so (ibid: 159). McClelland notes that one of the challenges in addressing this concerns how to bridge the gap between short- and long-term thinking. It is most likely that these approaches persist because, as Scott points out, it is widely known within the aid sector that they are incredibly successful in generating funds; thus, “the financial benefits outweigh the ethical considerations” (ibid: 146).

A rising challenge to legitimacy

In the midst of the rise of new media and novel approaches to fundraising such as GoFundMe and Crowdfunder, the challenge to INGOs’ legitimacy is slowly mounting and will only continue to do so. If they are to survive in this changing environment, INGOs will need to start paying attention to these trends and adapting not only the way in which they raise funds, but also the way in which they operate. Those in control of public communications within the sector are in a position of power, but with these shifts, power dynamics are also changing. The voices of those challenging the modus operandi are getting louder. At a recent Bond conference, youth activist Aya Chebbi’s message to the aid sector was that: “[w]e have our own voices. We just need you to listen.” The takeaway message from the conference was that agency is the only way to restore human dignity, and that it is therefore “time for the development industry [to] hand over the microphone” (MacKenzie, 2016).

To give an example, INGOs can draw more upon national media and Southern civil society organisations’ public communications. In response to current flooding in Sri Lanka during which over 200 people have been killed to date, the country’s main news channel, Newsfirst, covered stories from rescue operations. Clips from these broadcasts were uploaded to its Facebook page, and one of the men involved in the operation, Cheevan Devavarathan Daniel, shared a clip in which he was featured on his own Facebook page. His words are powerful, yet preserve the dignity of those involved:

“After nearly four days of being left marooned on ‘islands’ surrounded by flood waters, snakes & crocodiles… without any clean water or power, the people of Godagama are at breaking-point. Hearing families scream in the darkness to attract our attention was heartbreaking. We knew we could never reach everyone; we were just one boat. But the brave young Sri Lankans (most of whom were fishermen) I was with kept going back all through the night. They refused to stop. If not for this sense of community, duty and responsibility shown by the people themselves, heaven knows what would become of our beautiful island.”1

Increasing the visibility of local development actors may threaten INGOs, but perhaps new ways of working together will emerge.

Sadly, short-term considerations tend to be given preference over longer-term thinking. Yet a shift is occurring within the charitable world in terms of both the causes to which people give and the ways in which funds are raised. This, together with the rise of social media, means that if INGOs hope to survive, they will need to start listening to the critique of global voices.

MacKenzie, M. (2016). “Speak to us, not about us”: social media and international development. LSE. http://blogs.lse.ac.uk/internationaldevelopment/2016/03/11/speak-to-us-not-about-us-social-media-and-international-development/ [Accessed 16 May 2017].

Nina Kurlberg is a doctoral candidate at the University of Edinburgh. Prior to this, she spent several years working for I/NGOs within the United Kingdom and Sri Lanka.