“While we acknowledge that the government is dealing with a very complex situation, we believe the focus now must not be on repressing popular protests, but rather to listen to the people’s voices with empathy and without resorting to violence, and to begin to seriously address the root causes of the mass mobilisation of the Colombian people,” the letter reads.

Colombia has now entered a third week of national protests. More than 40 people have been killed, hundreds have gone missing and thousands have been injured as a result of the security response. 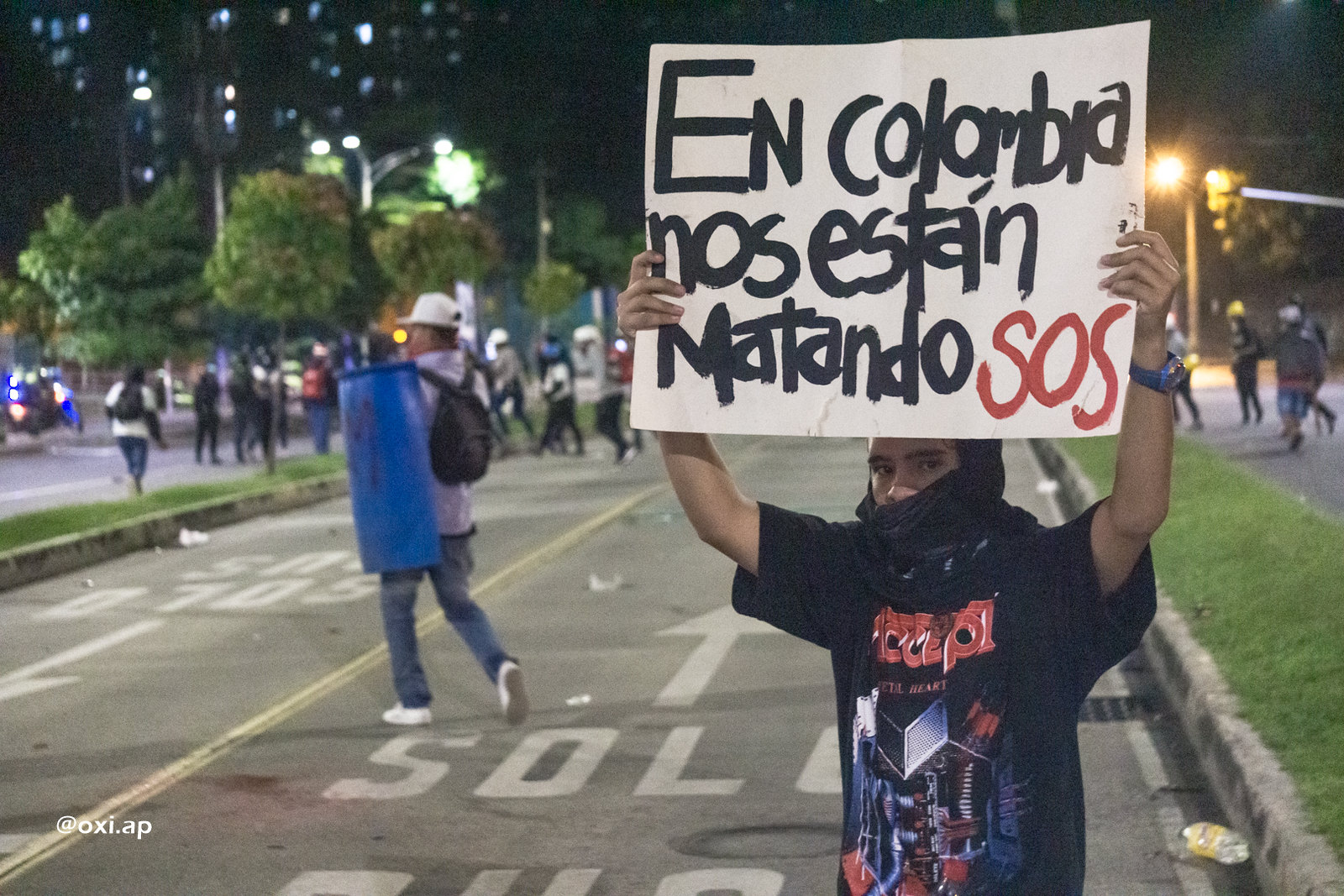 A protester holds a placard stating, “In Colombia, they are killing us. SOS” Photo: Oxi.Ap/Flickr

“We believe that as head of government you will call the Colombian authorities to remember and fulfil their primary responsibility which is the protection of the Colombian people,” reads the letter. “We pray that you will resist and reject the calls for more violence and greater use of force against activists.”

The signatories added that they will continue to monitor the situation in Colombia closely and with great concern, praying for a just and peaceful resolution to the current crisis, and remain committed to supporting dialogue between the different stakeholders as the only path to such a resolution.

“We look forward to your response, and wish you grace and peace in the fulfilment of your responsibilities,” the letter concludes.

Photo above: Protesters run for cover as they are dispersed by police with water cannons. Photo: Oxi.Ap/Flickr