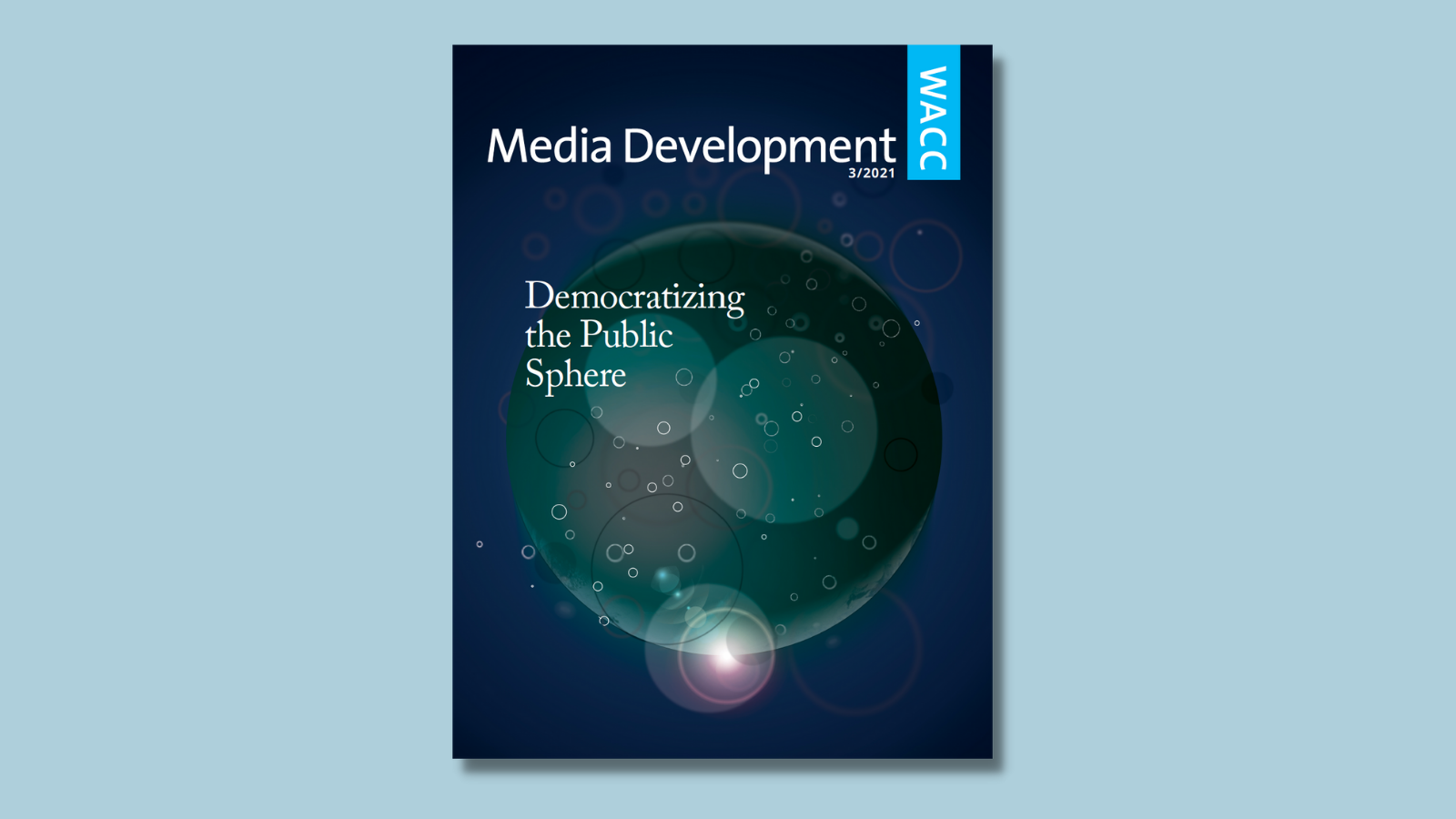 The latest issue of WACC’s Media Development magazine examines the concept of public sphere, its role in promoting democracy and political accountability, and why principles of human rights and social justice must underpin it.

Lee also discusses the ways in which unregulated public communication has “undermined transformational dialogue,” and how policymakers and civil society organizations are responding to this challenge. “[An] idea gaining traction in some circles is that of creating public or non-profit alternatives to existing private digital platforms,” he writes.

“These would be platforms that, much like public service media, operate outside the logic of the market and exist primarily to promote democratic debate, ensure transparent access to information, and guarantee freedom of expression,” he adds. However, no one should underestimate the political and economic obstacles to such a plan.

In “Reclaiming a feminist digital public sphere from the margins”, Deepti Bharthur and Ankita Aggarwal discuss the evolution of “feminist communicative spaces,” from the margins, “pre-platform Internet” to the “feminist blogosphere,” and examine the rise of “third wave Internet feminism” that has not only depoliticized feminism but has turned it into corporate feminism.

While Internet feminism “laid the all-important groundwork for inserting feminist discourse into a newly emerging digital attention economy,” it also “invariably ended up promoting a certain kind of feminism that tended to over-emphasize individual choice and focus less on structural issues,” they write. “Unable to move beyond consciousness raising and feed into grassroots activism, these victories in discourse breakthrough inevitably fell prey to the inevitable co-option strategies of capitalism, transforming feminism into a bland but lucrative marketing palette, served up for a wider audience of women through snazzy messaging and a dilution of substantive politics.”

Bharthur and Aggarwal propose “looking to the margins instead of the mainstream” to have a public communication sphere that is built on feminist and digital justice principles.

Pradip N. Thomas, author of Digital India: Understanding information, communication, and social change, warns about the various assaults on public space in India, citing how its society has become increasingly separated along caste, religion, and class lines. “Public spaces are subject to political will. In India, where rampant and rapacious forms of neo-liberalism have defined public space and the terms for public encounters, there has been a steady securitization of public spaces leading to the creation of walled and privileged publics,” he writes in the article, “The politics of public space in India.”

This issue of WACC’s journal has been published in preparation for the Symposium on “Communication for Social Justice In a Digital Age” taking place online September 13-15, 2021.